South Dakotans know all too well the sickening power of a corrupt legislature—and frankly, they’re tired of it.

In 2016, voters from across the political spectrum approved America's first statewide Anti-Corruption Act. Less than four months later, the state legislature declared a state of emergency so they could overturn the measure passed by the voters. Now South Dakotans are fighting back. And this time, they made sure they will not be silenced.

This November, South Dakotans will vote on a groundbreaking Anti-Corruption Amendment. Amendment W is the people’s powerful response to these shameful state politicians who repealed the 2016 measure. Not only does Amendment W include the most popular reforms of the measure that was overturned, but it also prevents politicians from repealing voter-approved measures in the future. This time, when the voters speak, the legislature will be forced to listen.

CORRUPTION IS A SERIOUS PROBLEM IN SOUTH DAKOTA

This is not something voters take lightly, especially considering that South Dakota is the fourth most corrupt state in the country—a standing that even state Rep. Peggy Gibson is “embarrassed” by. 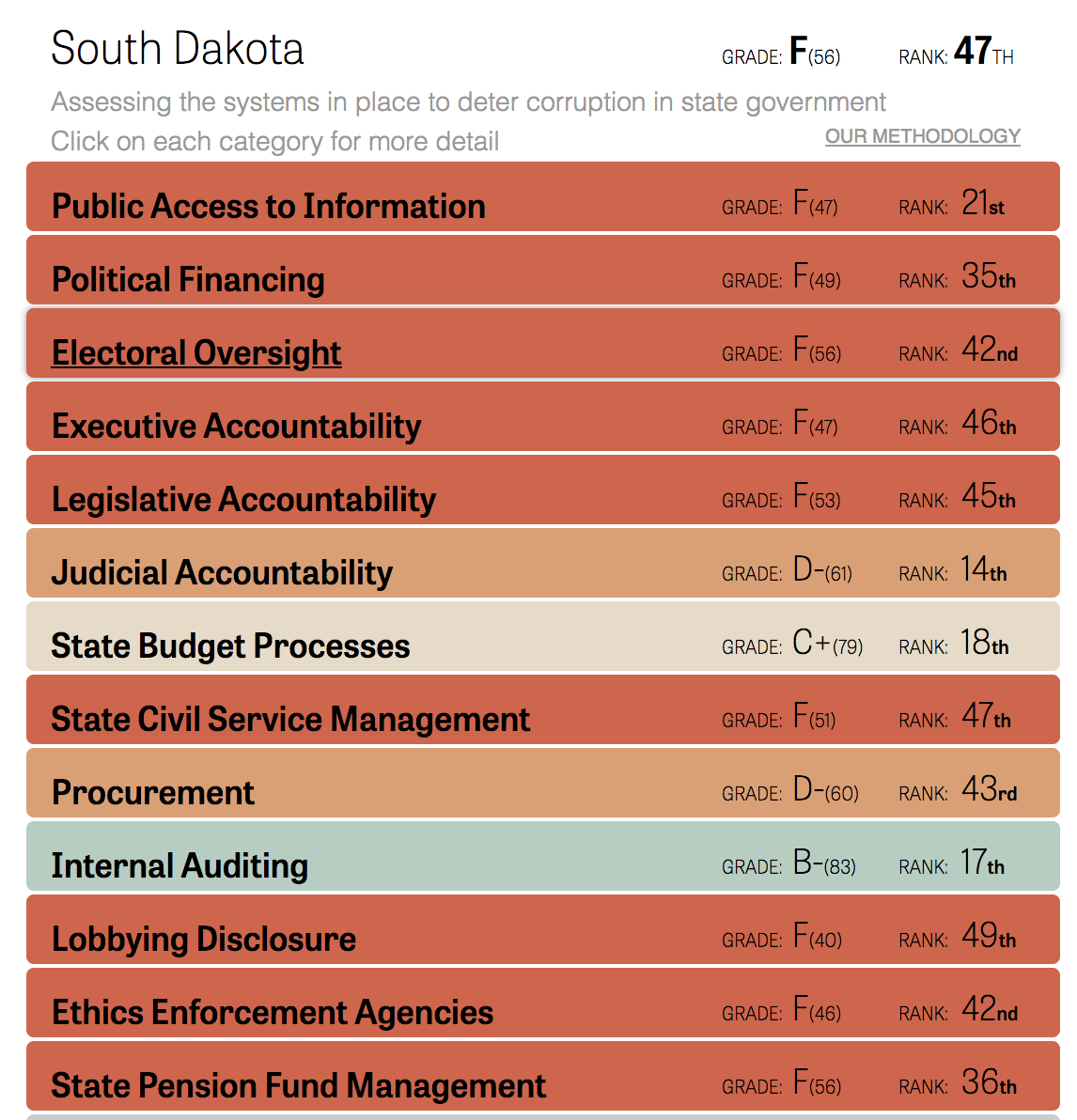 In South Dakota, corruption is legal. Lobbyists and political action committees can hand over unlimited sums of money to political candidates and parties. And it wasn’t until just recently in 2017 that it finally became illegal for those candidates and politicians to turn around and use that money for their own personal gain.

These issues keep politicians beholden to big donors and let them ignore the voices of local voters. That's why South Dakotans are fighting to push monied interests out of state politics.

A HISTORY OF LEGISLATIVE MEDDLING

Passing this measure won’t be simple. As South Dakotans know all too well, the corrupt political establishment will stop at nothing to maintain their grip on power.

In 2016, South Dakotans made history as the first state in America to pass a statewide Anti-Corruption Act. This landmark Act closed lobbying loopholes, enhanced political transparency, and created an independent ethics commission. A clear majority approved the measure.

But of course, the political establishment was ready to do anything to maintain their suffocating grip on power—and keep those lobbyists lining their pockets. They worked quickly to snatch this historic, popular victory from the hands of their constituents. In an unprecedented maneuver, politicians declared a “state of emergency” so that they could repeal the Anti-Corruption Act without giving voters a chance to refer the repeal bill to the ballot.

These politicians went behind the backs of their own constituents to repeal the Act. In February of 2017, the entrenched political establishment overturned the voice of the voters. 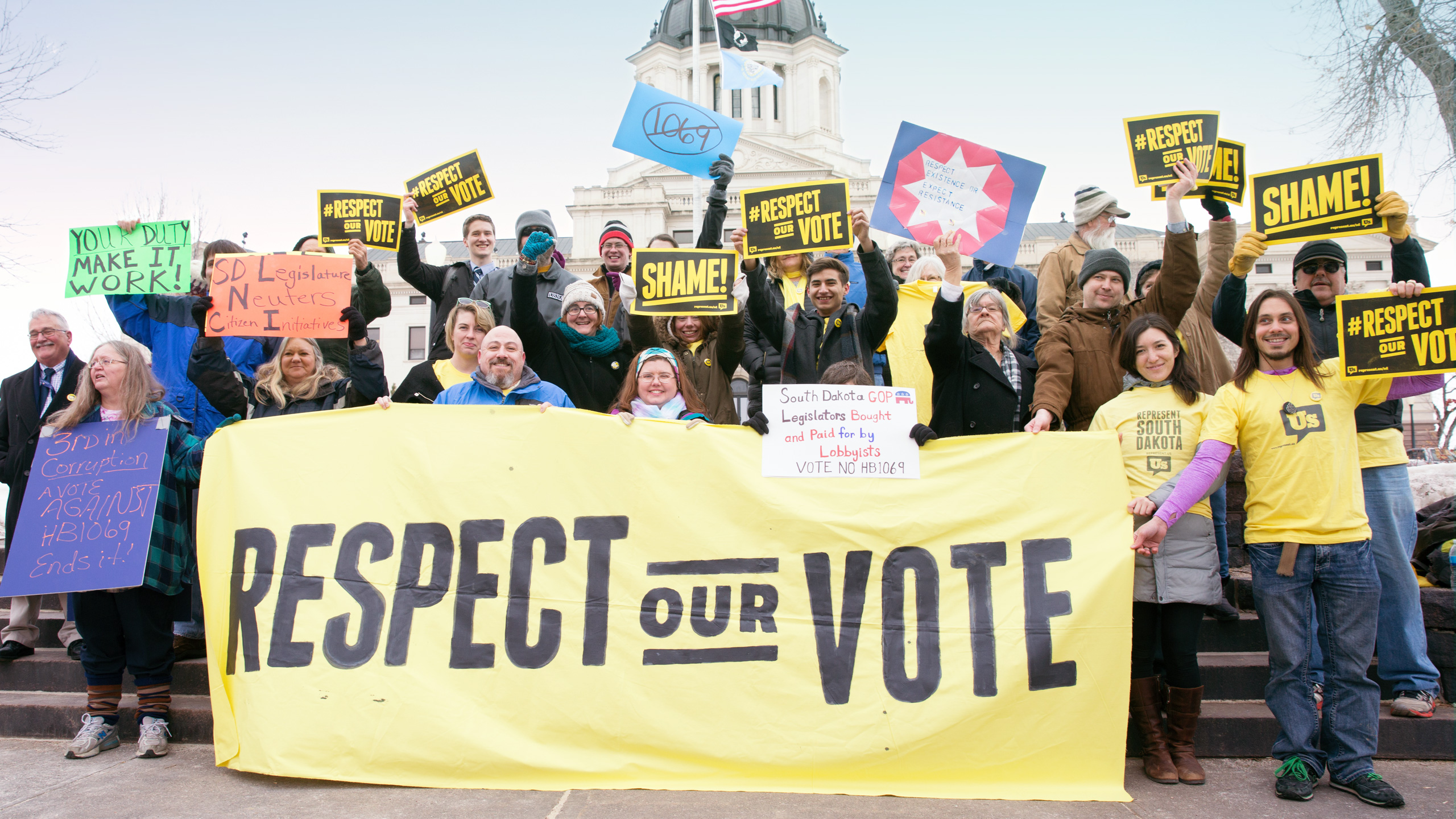 A CHANCE TO TAKE BACK THEIR POWER

But now, South Dakotans have another opportunity to take back the power of the people. Represent South Dakota, a group of South Dakota citizens from across the political spectrum, have fought hard to put Amendment W on the ballot for the 2018 midterm elections. 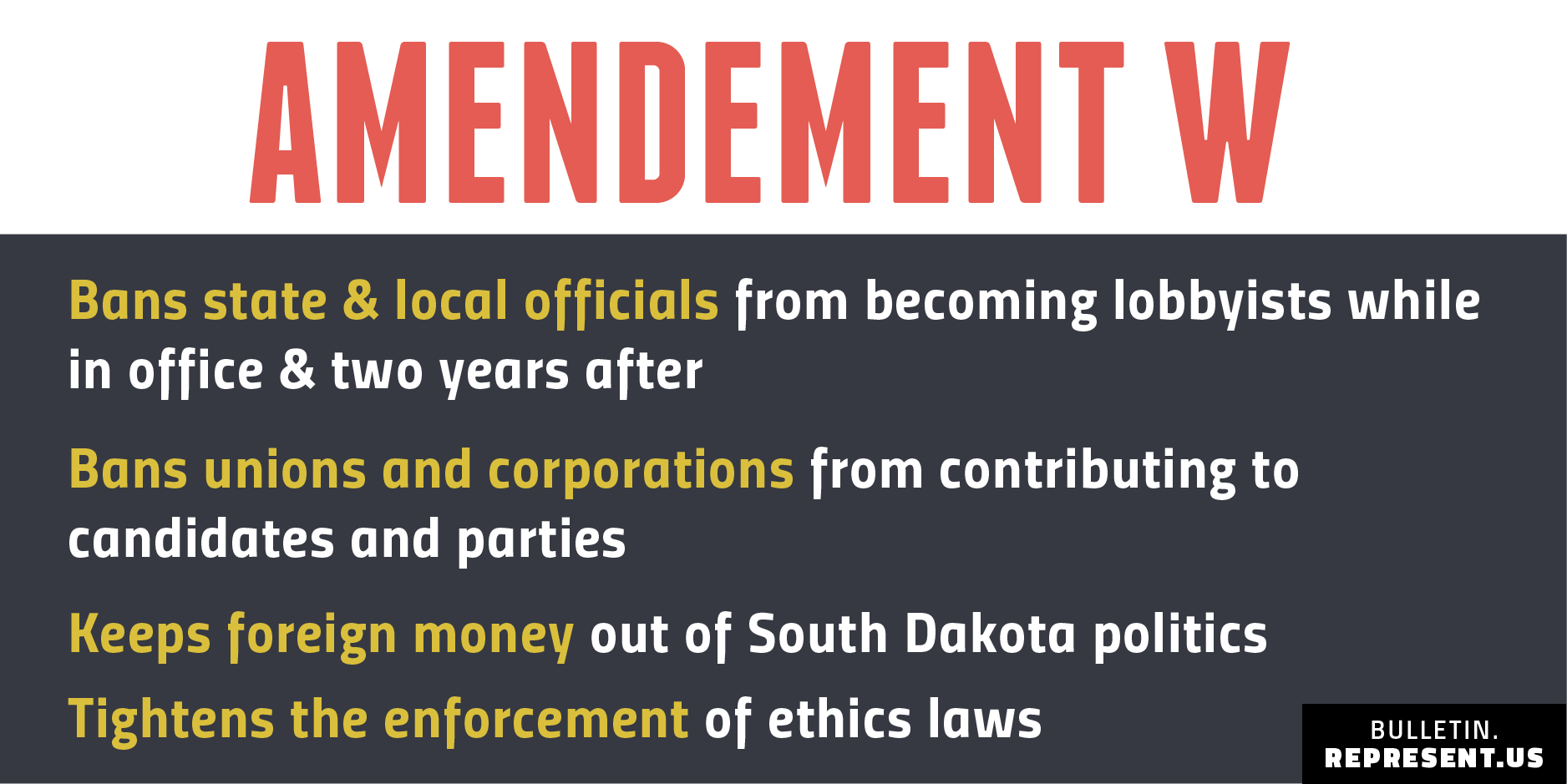 The Amendment includes the most popular common-sense provisions that a majority of South Dakota's voters already approved back in 2016. And to prevent politicians from overturning the voice of the voters, the Amendment also includes a provision that will stop the legislature from pulling the same shady tricks they used to repeal the similar act in 2016.

If passed, South Dakota politicians will be forced to go back to the people before repealing any measure that voters approved on the ballot.

The battle in South Dakota reminds us that corrupt politicians will stop at nothing to maintain the status quo. But the people of South Dakota also remind us to keep fighting. Entrenched politicians, even with their money, influence, and backroom tactics will not silence the voice of the people.

South Dakota is just the beginning. States all across America are gearing up to fight the corrupt political establishment this November. With victories already in Michigan, Maine, Alaska, and Ohio, the anti-corruption movement is building unstoppable momentum this election season. We will not be silenced.