Voters in Maine just won an epic battle with politicians by defending America's first statewide Ranked Choice Voting law. Maine is now the first state in America to use RCV for elections! 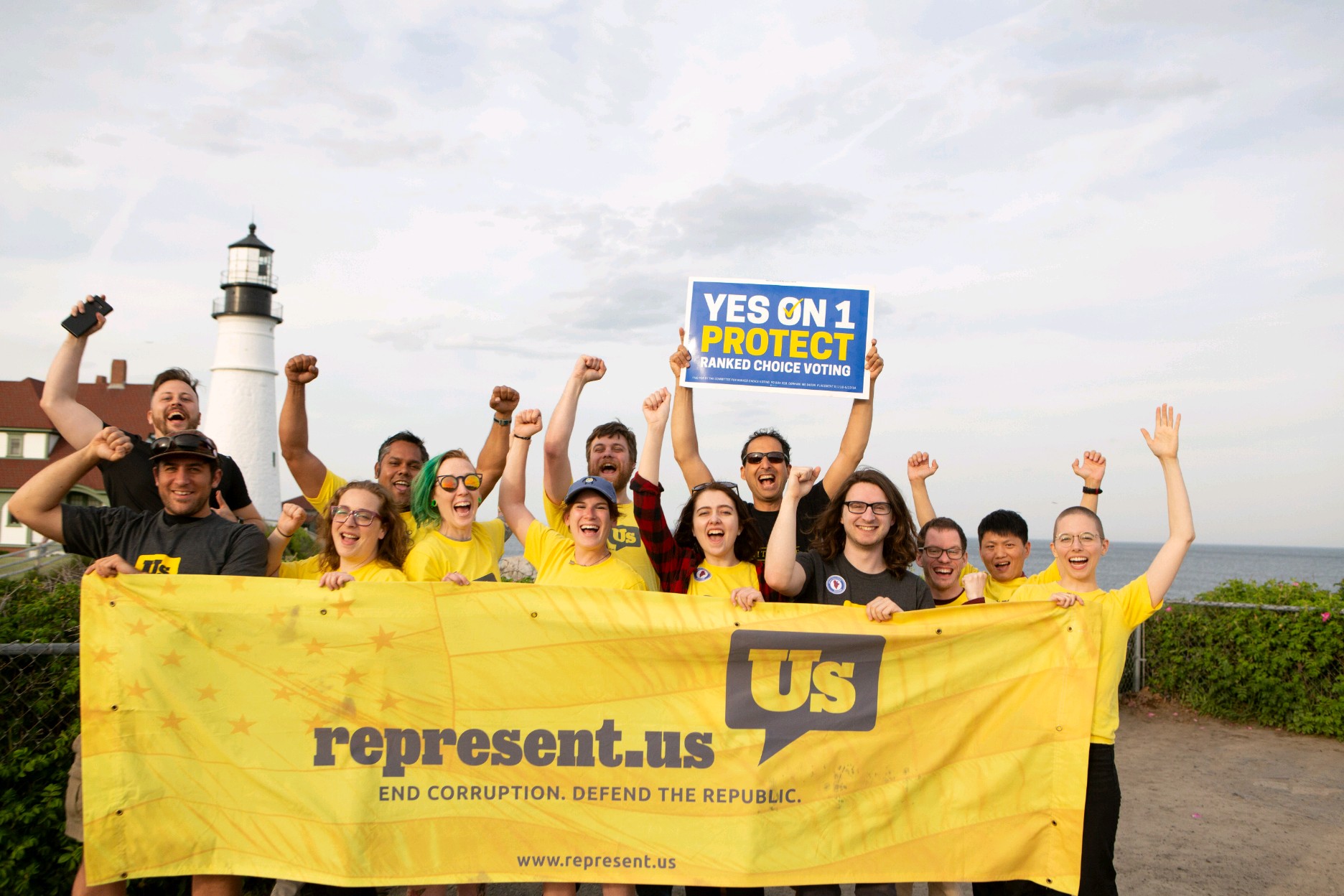 This historic law sets the standard for breaking the two party duopoly and electing leaders who are more representative of the people. This was the first time a statewide election has ever used ranked choice voting — and it was also the day that determined the future of RCV for the rest of America.

This victory is the story of a grassroots movement up against the political establishment. This campaign wasn't born overnight – the voters had to fight for years to win. In fact, Mainers already successfully passed Ranked Choice Voting in 2016. Politicians brazenly overturned the will of the people in a special session, late at night. Maine voters fought to get it back—and won!

We tracked all the election day excitement in a live blog here.

So what is RCV anyway?

Ranked choice voting gives you the power to rank candidates from your favorite to your least favorite. RCV allows for a wider spectrum of voices, opinions, and votes to ensure the viability of our electoral system, so that all voters have a voice. If you want to learn more about RCV, check out this explainer video.

In November of 2016, Mainers voted to adopt Ranked Choice Voting (RCV), and three other measures. Within weeks, incumbent politicians had tampered with or outright repealed all four of the citizen-backed initiatives. However, Maine’s constitution allows for a “People’s Veto”—a process that allows residents who are unhappy with an enacted state law to put that law up for a vote. Now, two years later, residents are saying ‘no more’ with this people’s veto. Mainers gathered over 80,000 signatures in 88 days to put RCV back on the June 12th ballot.  State politicians overturned the will of the people - and now they’re fighting back.

The recent New York Times’ Editorial Board nailed why this is so important: RCV gives more power to the people, helps crack the two-party grip on our elections, brings more civility to political campaigns, and helps elect leaders who better represent the people.

This is History in the Making

Question 1 protects the future of Ranked Choice Voting. It's already working well in over a dozen U.S. cities, and countries like Australia, New Zealand, and Ireland—and now we know that states across the US can implement these innovative voter reform policies—and win. 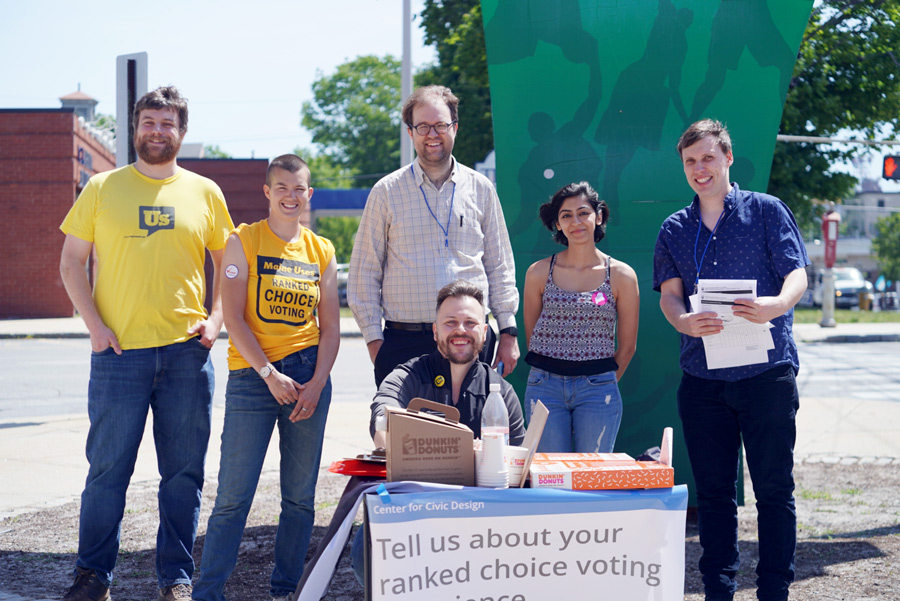 So What Comes Next?

Voters are leading campaigns across the nation to support innovative voting reforms and fight corruption in our political system. The cities (and now, state!) where RCV is currently used are rapidly growing. 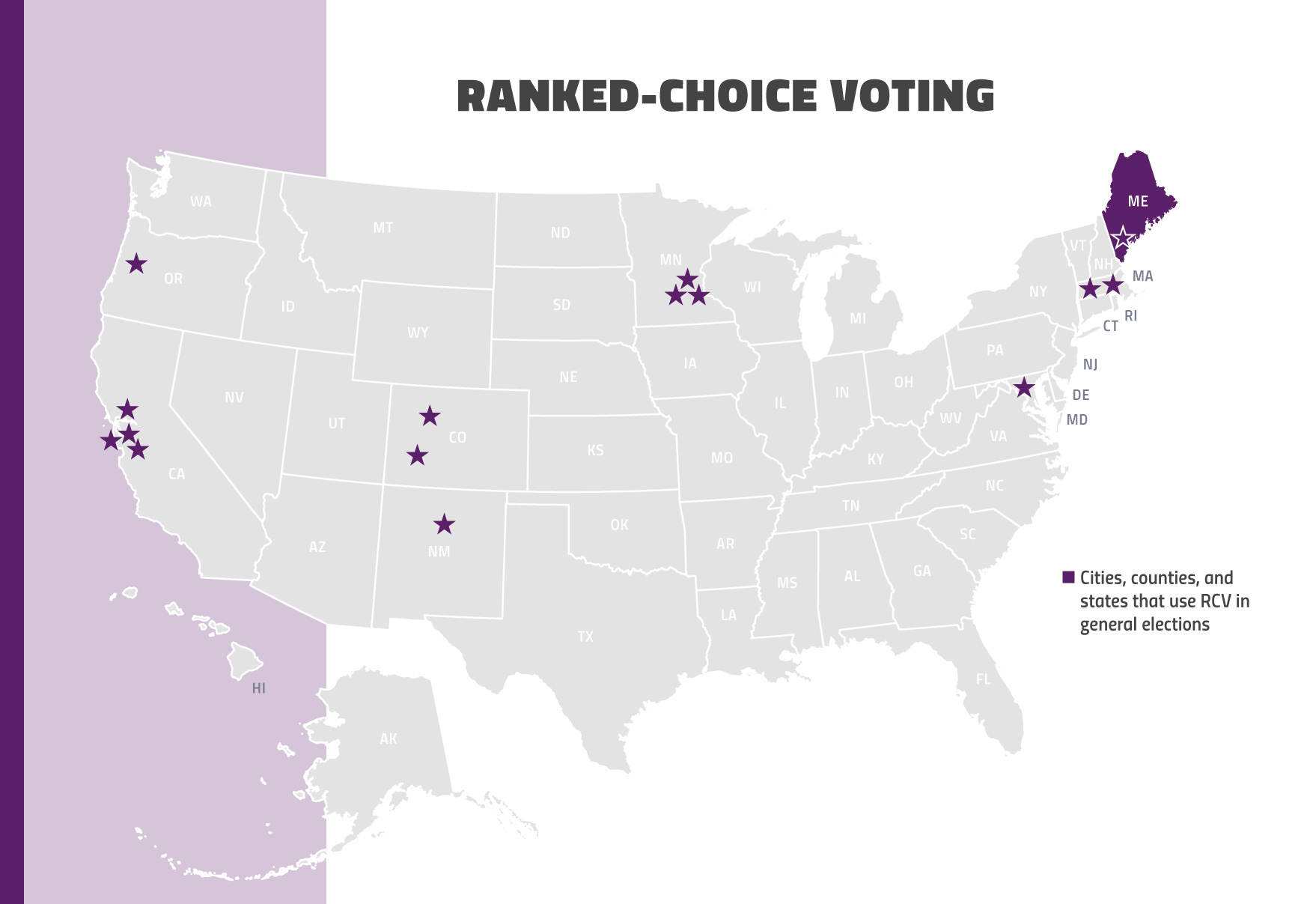 When our movement works together, we have so much more power. Join us by signing the petition on this page to tell elected officials that in America, we don’t let politicians walk all over us.

Maine’s victory could spark a wave of similar campaigns across the country — but it’s up to the people to make that happen. Join a chapter to lead the next campaign, or donate to the Common Wealth to support those who do? Join us to be a part of the future of voting reform.