Voters turn to ballot measures to Drain the Swamp themselves 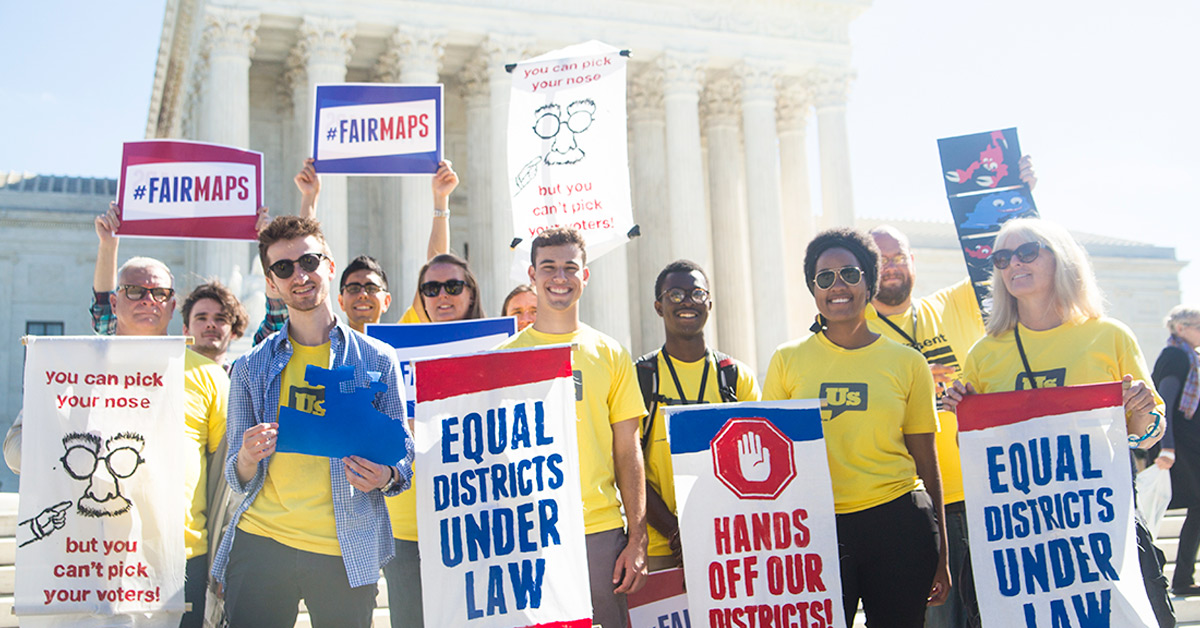 FLORENCE, Mass. (October 17, 2018) – Many David versus Goliath battles are playing out in state ballot measure campaigns across the country this November. The “Badass Grandmas” are in a fight versus Big Oil over an anti-corruption proposal in North Dakota, and there is a grassroots revolt from the people against the politicians over gerrymandering in Michigan, Missouri, Colorado, and Utah. In South Dakota, the people are campaigning for the final say over anti-corruption following the state legislature’s repeal of a similar voter-approved ballot measure last year.

As the largest grassroots anti-corruption organization in the country, RepresentUs is seeing these measures unite people across the political spectrum in an era of hyper-partisanship, special interests, and Big Money. With two dozen measures up for vote in cities and states on Nov. 6, reformers are also looking to this midterm cycle as the tipping point for a strategy that sidesteps an inefficient Congress and works to break the tie with Big Money at the community level.

“Voters are taking matters into their own hands to drain the swamp themselves through referenda on the November ballot,” said Josh Silver, executive director of RepresentUs, the nation’s largest, nonpartisan anti-corruption group. “This is a fight for an America where the government works for you and your family, not just a handful of billionaires and special interests. This is a movement on the rise to fix America’s corrupt political system one state at a time until we achieve nationwide reform through Congress. We believe ballot measure victories in November will create an anti-corruption mandate for Congress.”

In most of this year’s political reform ballot measure campaigns, proponents include unlikely allies and strange bedfellows. One example is Missouri State Senator Rob Schaaf, who voted for President Donald Trump, and Tishaura Jones, Treasurer of the City of St. Louis, who voted for Secretary Hillary Clinton, uniting to support the Clean Missouri campaign and being featured together in a video titled "What a Democrat and a Republican can agree on.”

“The people are coming together, putting country over party to fight corruption nationwide,” said Dan Krassner, political director of RepresentUs. “We find it’s more about power than party when it comes to who opposes anti-corruption reform. Our opponents have included both Democrats and Republicans depending on the party in control—along with the lobbying groups who profit off their rigged systems. Corruption doesn’t wear a party label.”

Reformers hope a string of state political reform wins will provide a Midterms mandate for congressional action. Conservative U.S. Sen. Ben Sasse has already filed several bills to ‘Drain the Swamp’ and liberal U.S. Sen. Elizabeth Warren has filed an anti-corruption bill. Democrats in the U.S. House, if they win back the chamber, plan to advance U.S. Rep. John Sarbanes’ campaign finance reform proposal as their first bill of the next Congress. As President Trump readies for reelection in 2020 with “Promises Made. Promises Kept.” banners at his rallies along with “Drain the Swamp” signs, he may want to demonstrate a policy victory on the issue.

The strategy of winning state laws to build towards federal reform is one that has worked in the past. Twenty-seven states passed laws giving women the right to vote before it passed federally. Thirty-four states legalized interracial marriage before it became federal law. The list of examples goes on, and the takeaway is clear: passing state laws is an essential catalyst for winning sweeping federal reform on fundamental issues.

A Rasmussen poll in September found 71 percent of likely voters still agree with President Donald Trump that the country needs to “drain the swamp” of the political establishment. Voters on the left and the right say corruption in Washington is the “most important” topic for 2018 candidates to discuss, according to a Kaiser Health poll. The issue was also popular for Sen. Bernie Sanders (I-VT), who regularly slammed the “corrupt campaign finance system” in his presidential bid.

Here are highlights of the more than two dozen state and local political reform measures on the November ballot:

Opponents: Americans for Prosperity, backed by the billionaire Koch Brothers, and a coalition of lobbying groups.

Proponents: Clean Missouri led the petition drive to gather more than 340,000 signatures to qualify Amendment 1 for the ballot. Amendment 1 is a comprehensive anti-corruption proposal that requires legislative records be open to the public, requires politicians to wait two years before becoming lobbyists, eliminates almost all lobbyist gifts, lowers campaign contribution limits and ensures that neither political party is given an unfair advantage when new maps are drawn.

Opponents: Billionaire Rex Sinquefield and a coalition of lobbying groups.

Proponents: In Michigan, an anti-gerrymandering measure is on the ballot after Voters Not Politicians gathered more than 425,000 petition signatures with only volunteers within just 110 days. The measure creates an independent redistricting commission for congressional and state legislative districts to fix Michigan’s broken redistricting process.  Public Polling: The Sept. 30-Oct. 2 Detroit News-WDIV survey of 600 likely voters showed support for Proposal 2, which would create an independent redistricting commission to draw political boundaries every decade was 55 percent to 23 percent, with 22 percent undecided. The poll had a margin of error of plus or minus 4 percentage points.

Opponents: The Michigan Chamber of Commerce is the top contributor to a ballot committee opposed to the anti-gerrymandering measure.

Proponents: Initially, there was a possibility of multiple competing anti-gerrymandering ballot measures, one from a group with significant Republican backers and one from a group with significant Democrat backers. Thankfully, these groups came together to form Fair Maps Colorado. They were able to convince the legislature to refer two anti-gerrymandering measures to the ballot – Amendment Y (Congressional) and Amendment Z (Legislative). These measures prohibit gerrymandering and create fair and competitive congressional and legislative districts.

Proponents: Better Boundaries led the petition drive to gather more than 150,000 signatures to qualify an anti-gerrymandering Proposition 4 for the ballot. Proposition 4 will fix the broken system by creating an independent citizens’ redistricting commission and new rules to govern the process.

The movement to unrig the system already has 9 wins so far in 2018. Here’s a look back at this year’s major reform victories:

There were a dozen major reform wins at the ballot in 2016 including:

RepresentUs is the nation’s largest grassroots anti-corruption group, bringing together conservatives, progressives and everyone in between to pass anti-corruption laws in cities and states around the country.

In case you missed it: