One year after the deadly attack on the Capitol, a shocking amount of unknowns remain. While the House Select Committee on the January 6th Attack continues its investigation into one of the darkest days in American history, many questions remain unanswered, including:

While the Select Committee has unearthed some intriguing, and alarming, bits of information regarding the attack on the Capitol, the answers to these questions remain murky. What is increasingly clear, however, is that the attack was planned, with the White House and members of Congress involved every step of the way.

Following Trump’s loss in November of 2020, the former president spent nearly 2 months claiming he had won the election. Despite no evidence backing his claims, Trump and his allies continued to push increasingly unhinged theories about the 2020 election. The Washington Post reported on many of these conspiracy theories in December of 2020, foreshadowing the dangers that would become incredibly clear on January 6, 2021.

Although the accusations of fraud featured in the Post article may have seemed outrageous to many in December 2020, they served as motivation for the thousands of Americans who descended onto Capitol Hill last January. Trump supporters in Georgia claimed that “the state’s voting machines were controlled by Communists from Venezuela,” and one woman even claimed she had a video that “showed election workers in Atlanta counting ‘suitcases’ of phony ballots.”

Meanwhile, President Trump continued to amplify increasingly bizarre theories of voter fraud from his Twitter account, all while his advisers worked to spread even more misinformation. Many Americans are now familiar with these individuals - attorneys Rudy Giuliani, Lin Wood, and Sidney Powell were all prominent faces of the #StoptheSteal movement. Although these now disgraced lawyers have faced consequences for their actions, they continue to spread misinformation and undermine American democracy.

Of further concern is that these three individuals were far from alone in attempting to overturn the 2020 election. In fact, many of these absurd allegations of voter fraud were circulated among high-level White House staffers, as well as Senate and House Republicans. Reporting from news outlets including the New York Times and Washington Post in December of last year revealed that the House Select Committee is investigating a PowerPoint that had been sent to numerous staffers in the White House, including Trump’s Chief of Staff Mark Meadows. Meadows himself had turned over the PowerPoint to the Committee during the investigation, prompting speculation over how far this document had spread.

A Plan for January 6th 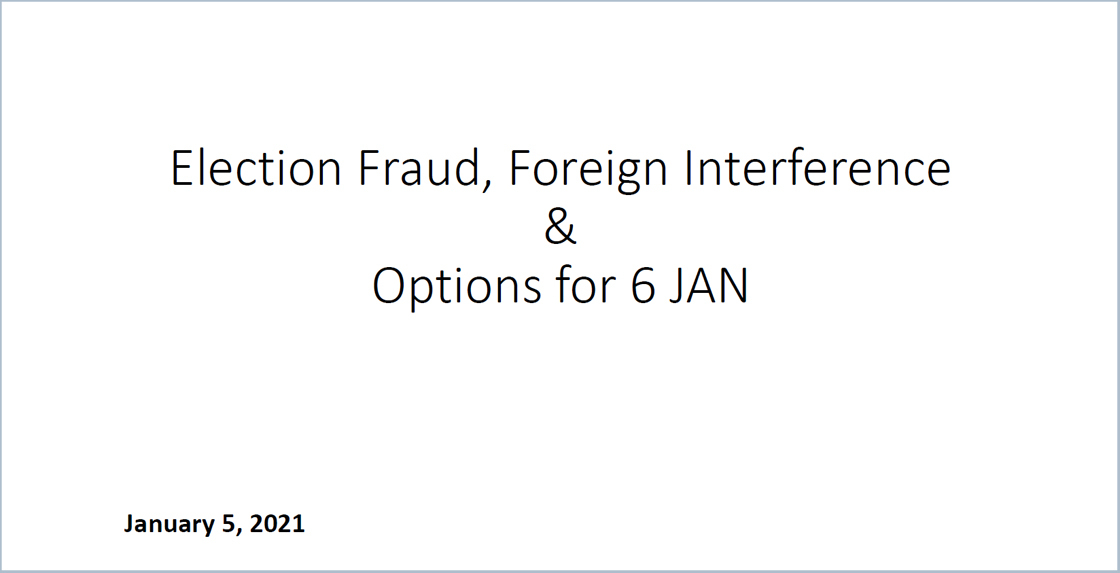 First slide of the PowerPoint under investigation

The PowerPoint is crudely made and features numerous wild claims that have been debunked by countless election experts. Among other statements, the PowerPoint claimed that: 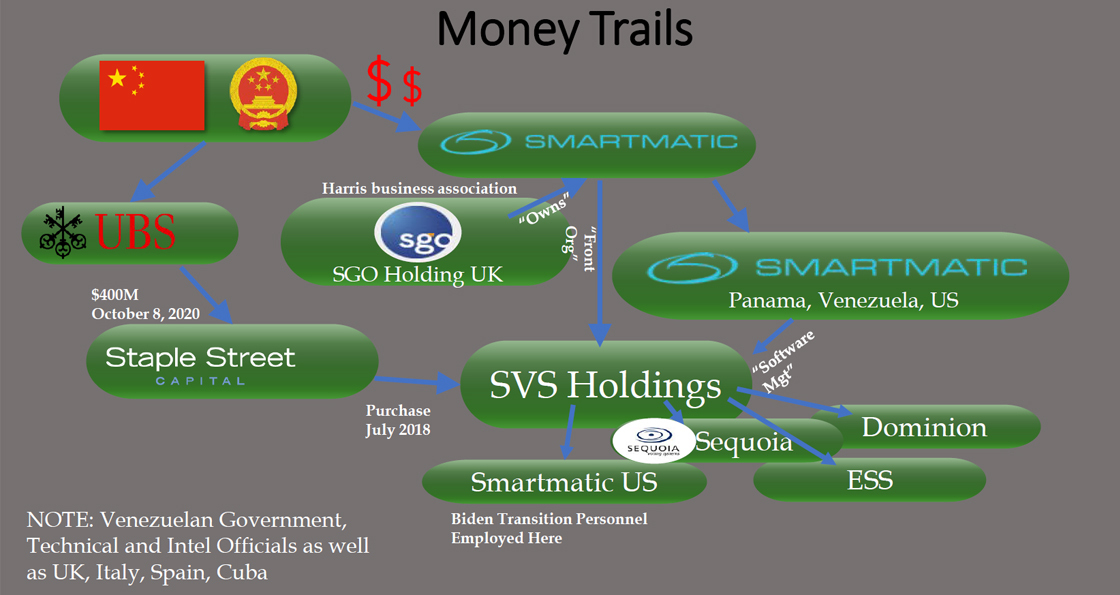 Of greater interest are the final slides of the PowerPoint that detail potential options Trump and his allies hoped to take on January 6th to prevent Congress from certifying President Biden’s election. This section highlights that high-level decision makers, including members of Congress and staffers in the White House, were realistically discussing options to overturn the election and reinstall Trump as president.

Under a slide titled “Options for 6 JAN,” several potential actions were listed, including:

Who Read this Powerpoint?

According to the New York Times, a retired Army colonel named Paul Waldron admitted to distributing the PowerPoint to prominent Trump allies. Not only did Mr. Waldron send the presentation to Trump allies; he even met with several Republican senators to discuss it  just two days before the attack at the Capitol. The next day he met with members of the House for the same purpose. These recent revelations add significant weight to the questions of what exactly Trump and his allies knew in advance of January 6th.

While the House initiated their investigation into the attack on the Capitol, most of the Republican Party has resisted efforts to investigate January 6th. The Select Committee does include Republican members Liz Cheney of Wyoming and Adam Kinzinger of Illinois, but no other House Republicans voted to create the Committee. In the other chamber, Republican senators filibustered Democrats’ attempt to initiate a Senate investigation into the January 6th attack. Meanwhile, Trump and several of his allies have refused to cooperate with the investigation, attempting to prevent American leaders from learning what exactly led to the Capitol attack.

In the meantime, American democracy has come under further attack in the past year. States across the country have moved to restrict the right to protest. Other states have passed laws altering how elections are run and disenfranchising voters. After the release of the 2020 census results, states run by both parties have only intensified their attempts at gerrymandering districts. The end result is a House that includes even less competitive districts, resulting in less choice for American voters.

As the country begins a new year, American democracy is on life support. Politicians are taking measures to undermine our elections, while leaders who openly plotted a coup remain free to continue their attempts to spread misinformation, while laying the groundwork to attack democracy yet again in 2022 and 2024. The last year highlights just how crucial the investigation into January 6th is to ensuring that we prevent such a catastrophe from ever happening again.

For more stories like this and updates on democracy and corruption issues, sign up for our newsletter below! Or, you can text JAN6 to 35565 to get urgent updates and action alerts in this year’s fight to save our democracy.