WASHINGTON -- Another week, another filibuster in the U.S. Senate. Last week, Senate Republicans filibustered a vote on lifting the debt ceiling -- one of the most potentially destructive examples of this obstruction tactic. But it's part of a broader trend. Cloture votes, which are an important metric for measuring filibusters, have increased exponentially in recent years.

The report is the first comprehensive look at state filibuster rules in over a decade, and comes with a corresponding map to illustrate how extreme the U.S. Senate’s filibuster is compared to the states. 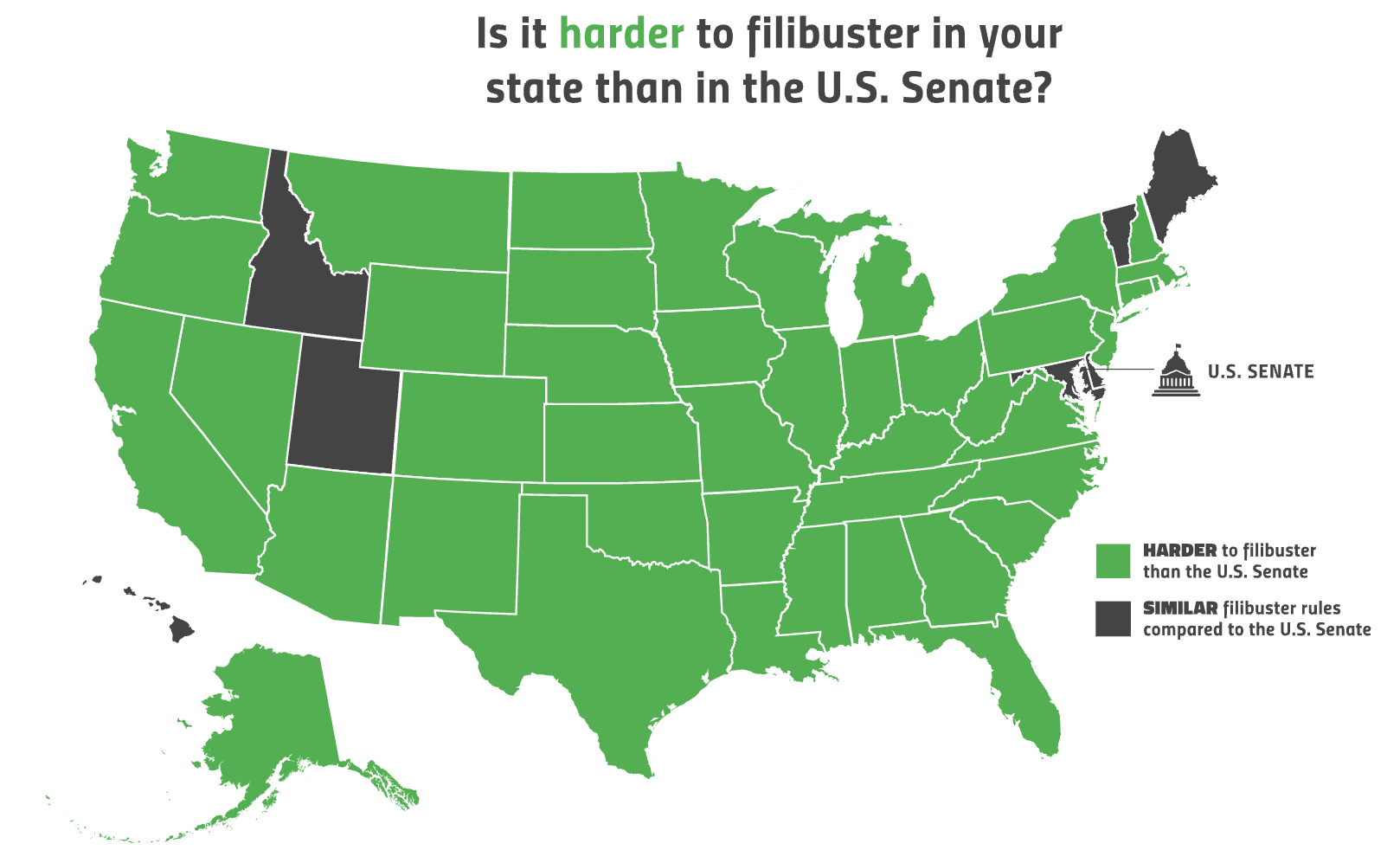 “Our report drives home what most Americans probably already know just by reading the news: It’s way too easy for one senator to gum up the works and block popular legislation,” said RepresentUs CEO Josh Silver. “Ironically, the most effective way to cure the plague of polarization and gridlock that drives filibusters is to pass Sen. Joe Manchin’s Freedom to Vote Act -- the most important federal law we’ve seen in generations. But it too faces a likely filibuster. There are many ways the Senate could tweak their own filibuster rules to pass the Freedom to Vote Act and save our democracy.”

A filibuster is any legislative tactic meant to prolong debate and delay or block a vote on a bill. Often, this happens when the minority party wants to block the majority party’s agenda. In the U.S. Senate, three-fifths of elected senators (60) have to approve a cloture motion, which limits debate on a piece of legislation and moves it to a final vote. All a senator must do to filibuster is threaten a cloture vote.

The deadline to pass the Freedom to Vote Act and stop partisan gerrymandering is fast-approaching, and Sen. Manchin is working to find 10 Republican votes to break the filibuster. If he fails, the only option left to pass historic federal voting rights legislation is to change the Senate’s filibuster rules.

The Freedom to Vote Act would make Election Day a national holiday, require two weeks of early voting, and ban partisan gerrymandering, among other groundbreaking and widely popular provisions. RepresentUs supports passing the Freedom to Vote Act by any means necessary, including changing U.S. Senate rules.

“The majority of Americans support what’s in the Freedom to Vote Act: eliminating partisan gerrymandering, making sure everyone who wants to can vote early and request an absentee ballot, and getting big money out of politics,” finished Silver. “The choice here shouldn’t be hard: We have to choose American democracy over the filibuster.”

<p></p>
We take your privacy seriously. You will receive periodic updates from RepresentUs and you can unsubscribe from our emails at any time. Learn more about RepresentUs and the American Anti-Corruption Act.