SENATOR TED CRUZ AND REPRESENTATIVE AOC SAID THEY'D WORK ON A REVOLVING DOOR BAN. REPRESENTUS MEMBERS ARE MAKING SURE THEY DO IT. 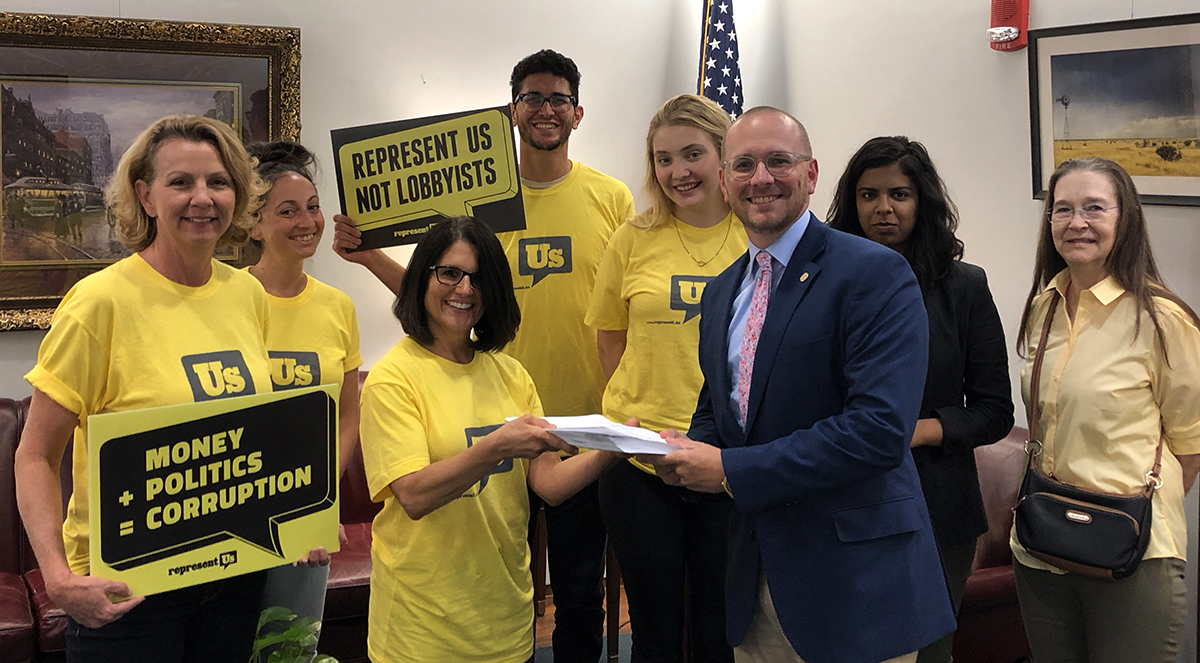 This week, RepresentUs members in Austin, TX met with Senator Ted Cruz’s office to demand he follow through with his promise to co-sponsor a bipartisan bill to ban members of Congress from becoming lobbyists.

In May, Senator Ted Cruz and Representative Alexandria Ocasio-Cortez both tweeted that they would work together to stop the revolving door with a lifetime ban. 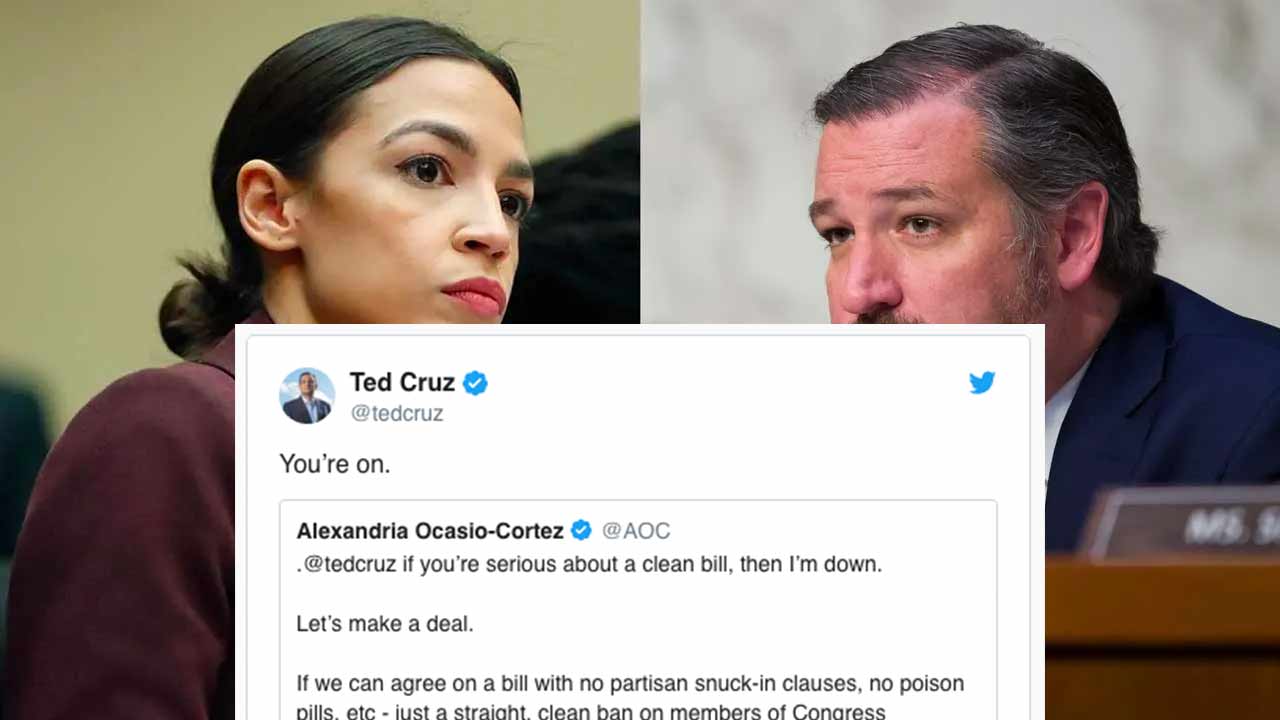 But we know all too well that politicians can be all talk and no follow through. That’s why RepresentUs members in Austin, TX knew they had to bring the call right to Cruz’s doorstep.

KEEPING THE PRESSURE ON FROM ACROSS THE U.S.

Represent Austin members didn’t go alone—they brought the over 8,000 petition signatures and comments from people from all over the country and across the political spectrum demanding that Cruz and AOC follow through on their promise. 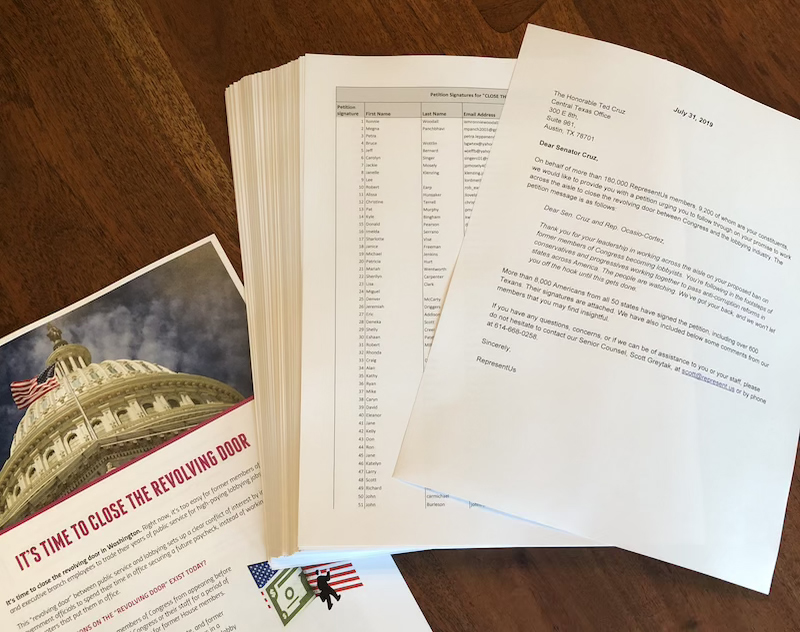 Here are just a few of the comments from Cruz's constituents:

The American people's needs should be the priority of our elected officials, not the companies that lobby them!

Ted, as a constituent, I would like to see your commitment to this.  We have to get special interests out of politics so that leaders like you can focus on representing the people and not big business.

There is so much division in congress right now, that I can't help but be pleased whenever any bipartisan legislation is introduced.  This one would be amazing because it addresses a huge problem in our government. We need our politicians to make decisions based on what is best for the country, not for their own gain.

Represent Austin members, led by Paula Barkan, spearheaded the petition delivery and meeting with Cruz's team. Before the meeting, they shared an update via Facebook Live letting people everywhere know what was going on:

Right now, it’s too easy for former public officials to cash in their government service for benefits to special interests. Former officials take their Capitol Hill rolodex over to K street and connect their old colleagues with their current employers—who lobby Congress to benefit their own interests.

This reinforces a back-room legislative process that prefers political insiders to the American people. Bottom line: everyday Americans suffer when the revolving door is wide open.

That’s why it’s so important that Cruz and Ocasio-Cortez follow through on their pledge to close the revolving door—and why it’s so critical that we hold them to it.

Ted Cruz’s office confirmed that he and AOC’s teams have been meeting, and though they haven’t decided on the final language for the bill, they’re having productive talks and are headed to a bipartisan bill.

While this is a good sign, talk isn't enough—and we won't stop until we see action from both Cruz and AOC.

Now, it’s up to us to keep pushing for a real commitment from Senator Cruz and Rep. Ocasio-Cortez. Senator Cruz's team met with us, and now it's AOC's turn.

We're asking AOC's team to meet with RepresentUs members to hear us out, and pushing for an on-the-record commitment to passing a revolving door ban.

You can help pressure AOC to meet with RepresentUs members in New York City by signing the petition here and tweeting at AOC here.