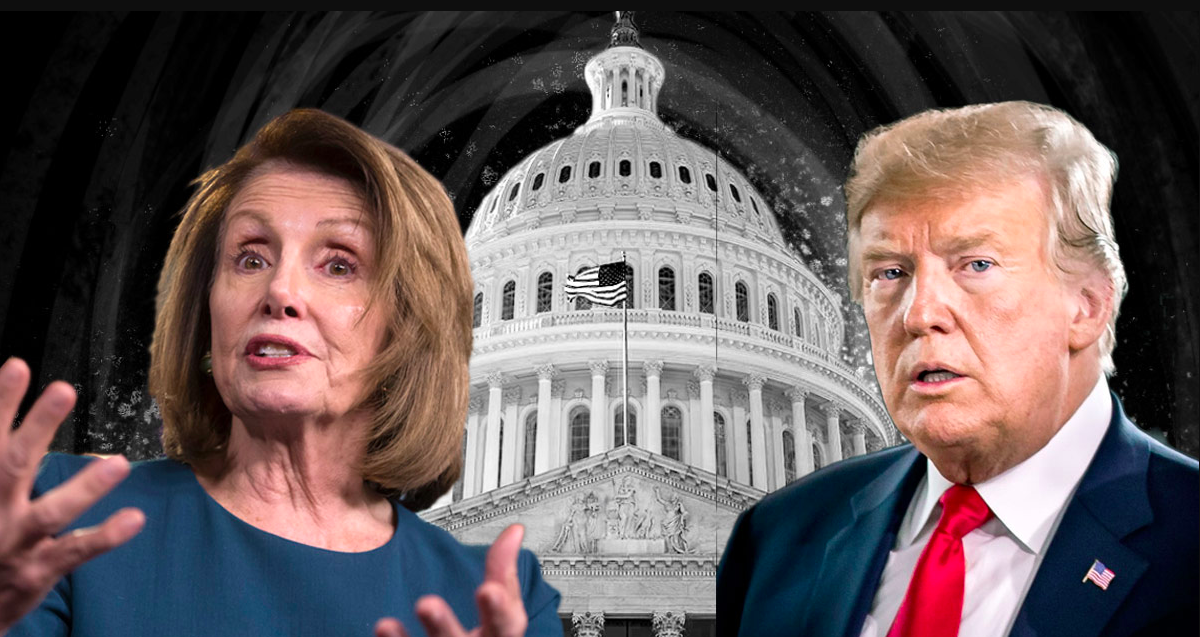 Each year, the President of the United States gives the State of the Union. The fact is, our country is facing a corruption crisis. Here's the real State of The Union.

Instead of focusing on partisan preening, we’re diving deep into the current state of our broken political system—and what's being done to fix it.

The Two-Party System is Failing

As of the most recent 2019 Gallup polling, 25% of the country identifies as Republican, 34% as Democrat, and 39% Independent.

And even though the largest segment of US voters are political independents, only two members of Congress are not affiliated with the two major parties.

Our Elections are Uncompetitive

If you feel like the system is rigged, you aren't wrong. Our elections are increasingly uncompetitive: 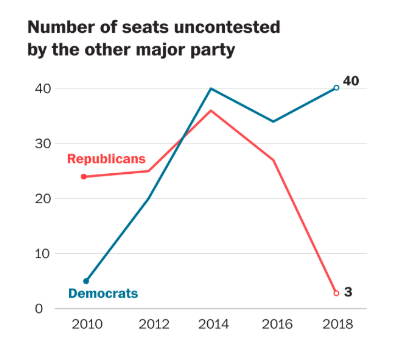 Gerrymandering allows politicians to pick their voters, and not the other way around—rigging elections by reducing competition.

Gerrymandering and our “winner-take-all” voting system deprives voters of real choices and accurate representation. A lack of competition and new ideas reinforces voters’ apathy and cynicism about politics.

The Average American Has a Near-Zero Impact on Public Policy

To get elected, politicians have to spend their time fundraising from the wealthiest and most well-connected - instead of listening to their voters. So it's no wonder that the average American has a statistically near zero impact on public policy, according to a Princeton University study.

2018 Was the Most Expensive Midterm on Record 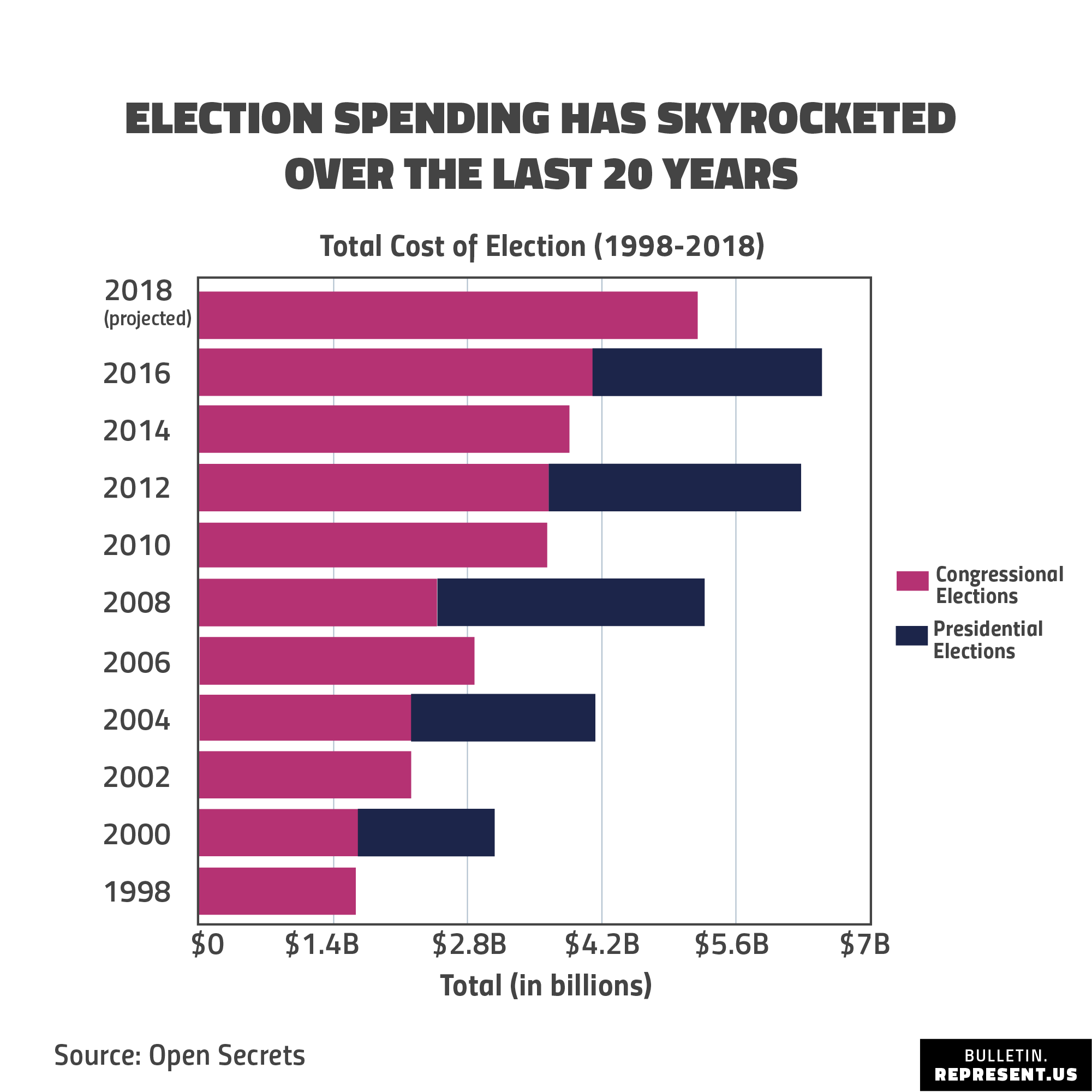 After several straight years of modest spending, 2018 was a banner year for lobbying firms.

Congress Isn't Acting on What Voters Care About

All this spending and influence ensures that only the interests of a special few are served.

After years of stagnant gridlock, the US is falling behind in education, health, retirement, infrastructure, incarceration rates—while our national debt skyrockets. Americans want solutions, but Congress isn't acting.

Americans Don't Have Confidence in Congress

We're facing so many pressing issues, but there is little public confidence that politicians can achieve viable solutions.

And in a divided Washington, the public has low expectations for partisan cooperation in the coming year: 71% think Republicans and Democrats in Washington will bicker and oppose one another more than usual this year; just 21% expect them to work together more than usual.

Americans Are Fed Up With Corruption

Voters aren't being fooled by our corrupt system—a larger group than ever is aware of what's wrong and we're prioritizing fixing it.

A 2018 report from Pew Research Center found 76% of Americans say the government is run by “a few big interests looking out for themselves.”

Corruption in government is the nation's top fear (74% said they were ‘afraid’ or ‘very afraid’ of it).

And corruption is now showing up in polling as a top priority:  77% of respondents to a WSJ/NBC poll from Sept. 2018 said "reducing the influence of special interests and corruption in Washington" is a very important issue, or the top issue the nation faces (second only to the economy).

The American Anti-Corruption Act sets a standard for city, state and federal laws that break big money's grip on politics. It will:

The Anti-Corruption Movement is Getting Organized

The anti-corruption movement is growing, rallying leaders and volunteers across the political spectrum in cities and states across the country. And it's not just growing larger - it's growing smarter.

This March, advocacy leaders, grassroots activists, celebrities, academics, philanthropists, and journalists will convene in Nashville at the largest anti-corruption gathering of the year at Unrig Summit to discuss practical solutions and jump start campaigns.

Most Importantly: Anti-Corruption Solutions Are Winning

The growing movement to fix our political system isn't just organizing. We're winning - and we're winning more than at any other time in American history.

In 2018, our movement passed 23 transformative anti-corruption laws—from anti-gerrymandering and ranked choice voting to sweeping ethics and transparency. That's more than in any other year in our nation’s history.