The dark money attack on America's most impactful anti-gerrymandering initiative

Deloitte, West Shore Bank, and the Grand Hotel are all members of a dark money group that's backing a pro-gerrymandering lawsuit to silence voters.1

Thousands of volunteers collected 425,000 signatures to put an anti-gerrymandering initiative on the November 2018 ballot. But Michigan's Chamber of Commerce is funding a lawsuit to stop the initiative from going to the ballot.2

This lawsuit is a ploy by special interests to stop the voters from ending gerrymandering at the ballot this year, and keep the system rigged so that politicians choose their voters instead of the other way around.

But the people are fighting back against the attack on Michigan voters. These newly-released advertisements expose Deloitte, West Shore Bank, and the Grand Hotel and show Michigan voters that these businesses are part of the dark money group backing the lawsuit: 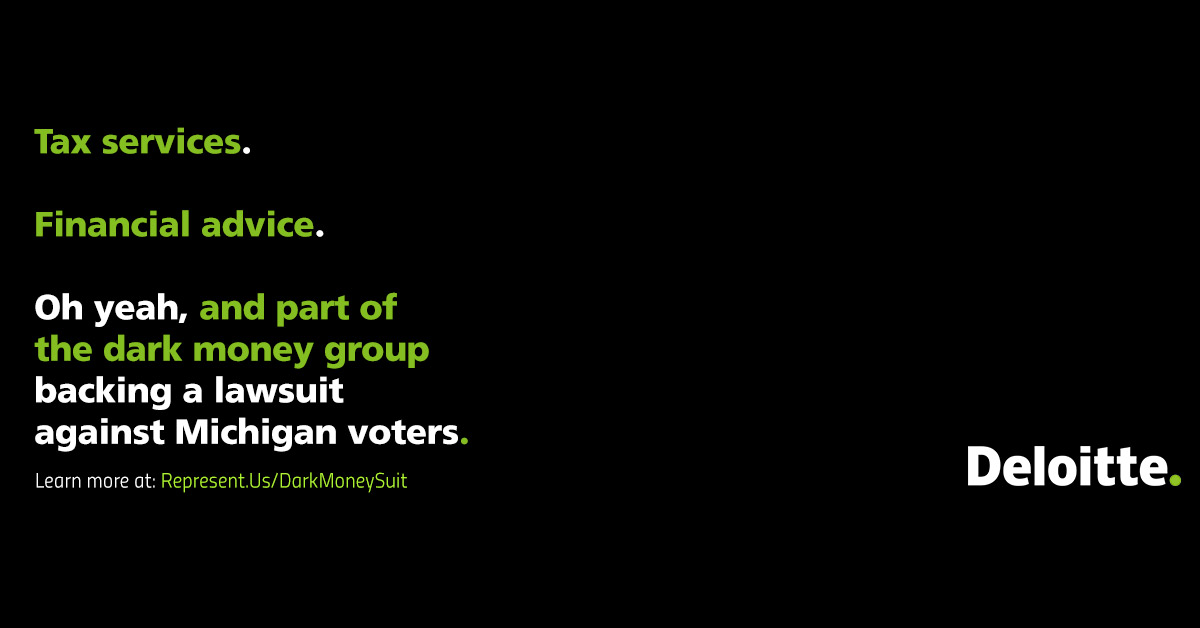 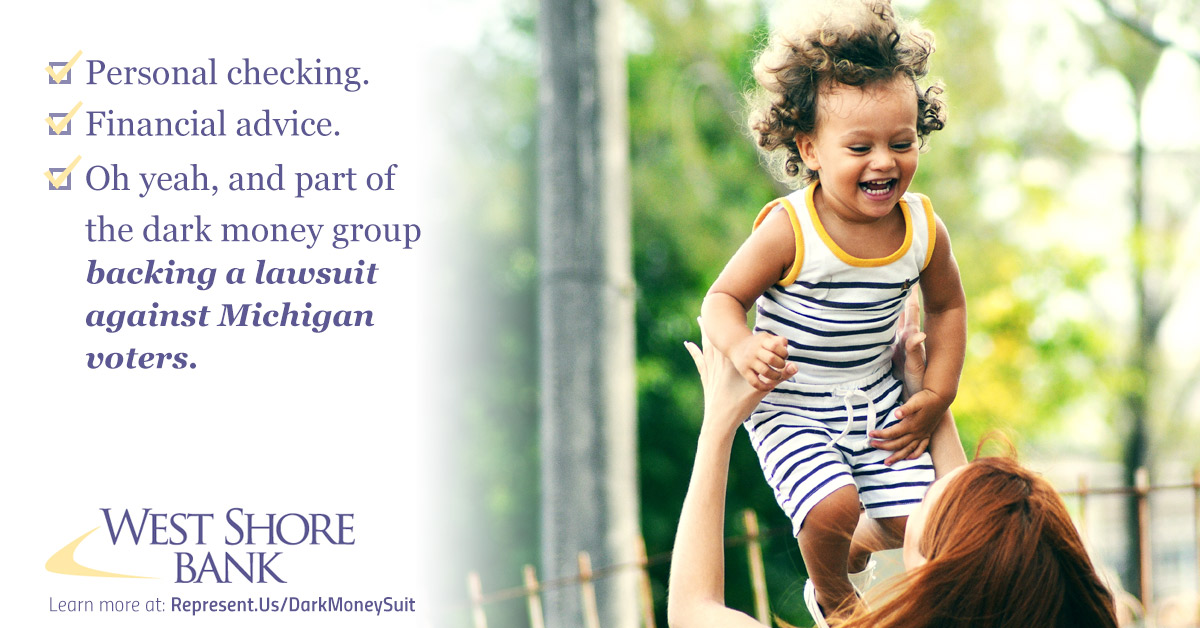 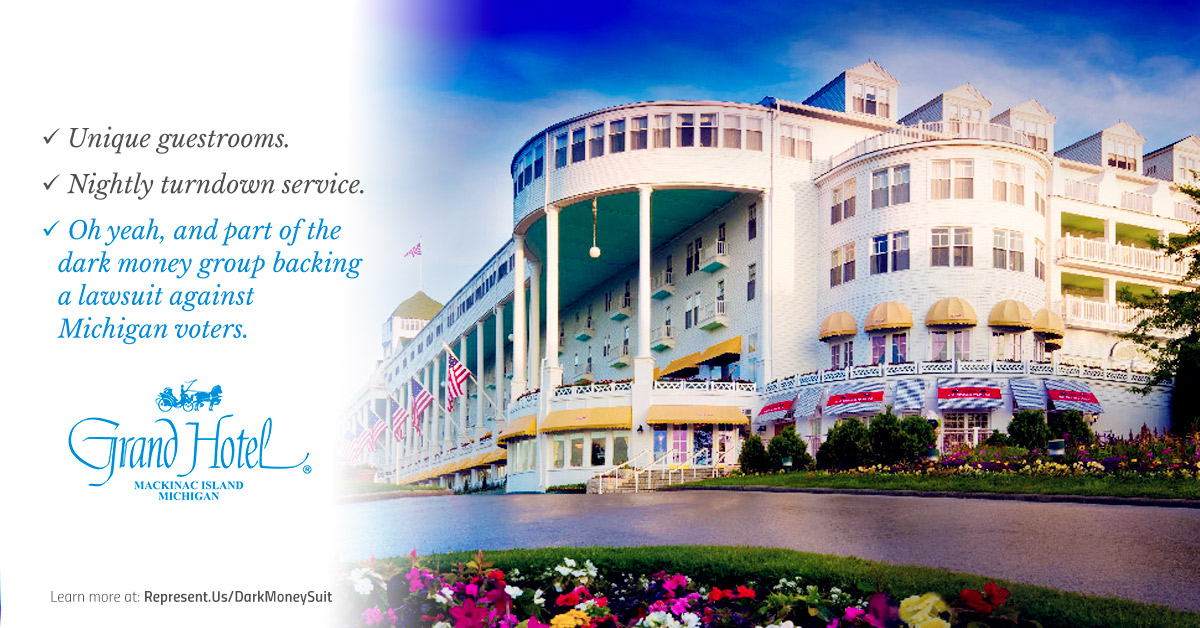 If you follow the money, things start to smell pretty fishy. Let's take Deloitte for example.

In the 2018 election cycle, Deloitte has given more than $2.8 million in campaign contributions, according to OpenSecrets.org. Last year, they spent nearly $2 million just on lobbying. And in return? In Michigan, Deloitte has received more than $400 million worth of government contracts.

Deloitte's Managing Partner, Mark Davidoff, is Chair of the dark money group's Board of Directors, and has the power to call off the lawsuit against Michigan voters. Thousands of people have signed a petition demanding Mark Davidoff drop the suit and let the people vote.

You can join the campaign by adding your name to the petition or funding these advertisements to help expose these businesses and pressure them to call off this lawsuit.