Democracy has a huge target on its back.

You’ve probably heard that politicians in 48 states have introduced 404 bills attacking our freedom to vote. But that’s just one of many tactics they’re using to crack down on democracy. In another 39 states, lawmakers have introduced 197 bills that restrict Americans’ ability to fight for policy they care about through ballot initiatives.

Here’s why this is a huge concern for the issues you care about — and a direct attack on the anti-corruption movement and our democracy as a whole.

What is a ballot initiative, and why is it so important?

A ballot initiative is a way for citizens to get the issues they care about placed on the ballot and voted on by the people, all without the involvement of the state legislature.

If a group of citizens feels passionately about an issue, and their representatives are not adequately addressing it, they can build grassroots support, form a campaign, collect enough signatures, and place the issue on the ballot for voters to decide. It’s true grassroots direct democracy — and a core, winning strategy in our fight to end corruption.

Ballot initiatives have been around for over a century, after South Dakota became the first state to adopt the practice back in 1898. Since then, 25 other states have added ballot initiative processes to their state constitutions.

These have been the key to transformational changes throughout our history because, as a Bloomberg study has shown, passing state laws leads to federal victory.

Women’s suffrage, interracial and same-sex marriage, right to work laws, and even marijuana legalization have all used this successful tactic: They pass state and local laws that advance an issue — very often using ballot initiatives. This makes change from the ground up, raises awareness, shows politicians how popular these reforms are, and eventually builds enough momentum for federal change.

But where did this push for direct democracy come from in the 1890’s? In the words of Amherst College political science and law professor, Austin Sarat:

“Reformers sought to use democratic processes to circumvent, or check, political institutions, which they felt were dominated by corporations and their lobbyists... They were suspicious of powerful interests, which worked to preclude any discussion of vital social, economic, and political changes. Many Americans worried that the government served those powerful interests rather than the needs of the people.”

The push for direct democracy a century ago directly echoes why it’s crucial this process remain open and accessible in 2021: At a time when the average American has a statistically insignificant impact on public policy, ballot initiatives are one of the most important ways that we the people can actually influence our own government and the laws we live under.

Which is… exactly why the political establishment is trying desperately to attack the initiative process around the country.

Politicians are using shady tactics to entrench their own power

The bills being advanced in state legislatures would raise the threshold needed for the measure to pass at the ballot, make it harder to collect signatures, or impose truly ridiculous requirements that serve only to gum up the process on technicalities. A nauseating 20 of these bills have already become law.

Because ballot initiatives need to collect a certain amount of signatures from voters in order to qualify for the ballot, a lot of these bills try to make that harder.

For example, the Florida legislature recently required signature gatherers to use a separate piece of paper for each signature, cut the timeline they have to gather signatures in half, and upped the number of signatures required to pass a critical point in the process from 10% of the population to 25%.

Lawmakers in Florida and Missouri are also trying to increase the threshold initiatives needed to reach to win at the ballot, from 60% to 66% — despite the fact that many of the politicians pushing for this law didn’t even crack 50% of the vote themselves. Similarly, South Dakota politicians placed a measure on the June primary ballot that would raise the threshold from 50% to 60% — and this will pass or fail based on the current 50% threshold.

South Dakota politicians also just passed a law requiring ballot initiative petitions to use a size 14 font at minimum. That might seem like an innocuous request — until you realize that a separate law requires petitions and all their signatures fit on a single sheet of paper.

This will mean that signature gatherers would need to carry around massive sheets of paper, some that unfold to the size of a beach towel. Campaigns will also have to squeeze sometimes-complex legislative proposals into less and less space. 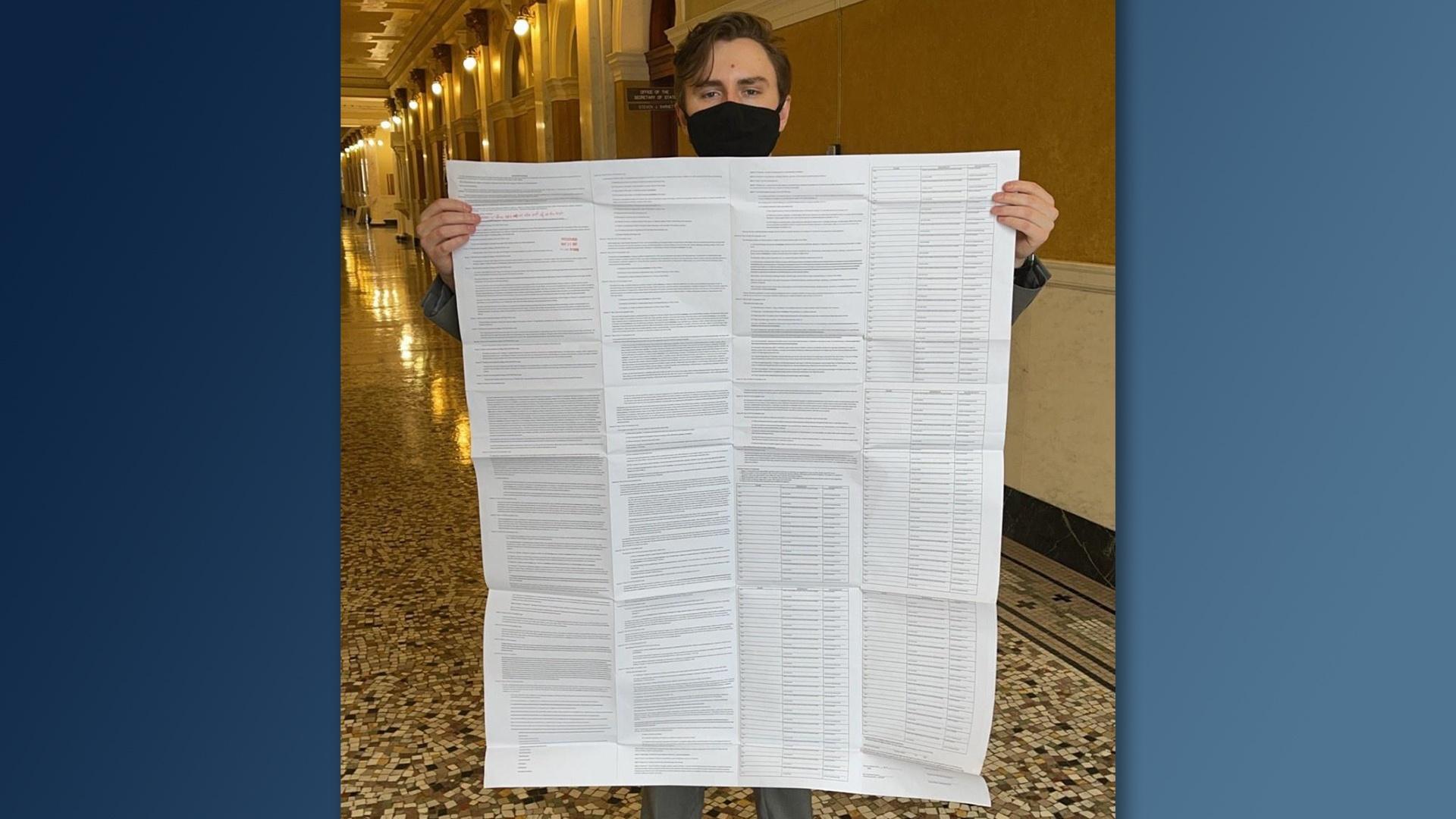 Through various avenues, all of these laws accomplish one goal: making it harder for everyday Americans to have a say in the laws that govern them.

This is a direct attack on the anti-corruption movement. Here’s how we’ll stop it.

This assault on the ballot measure process comes after recent citizen-led initiatives have won at the ballot, advancing issues that establishment politicians refused to move forward. For example, issues like ranked choice voting or marijuana legalization have won in recent years because they were able to go around lawmakers.

Even in solid-red Florida, voters passed a minimum wage increase, knowing the legislature wouldn’t move on it. Grassroots citizens fought for the issue themselves and won.

Ballot initiatives allow everyday citizens to go around Congress and fight for the reforms lawmakers won’t — which is why restricting this process is a direct attack on the movement to end corruption.

Because Congress has little incentive to reduce their own power, influence, or luxury gifts from lobbyists, the citizen-led ballot initiative process is a crucial way that the anti-corruption movement has made progress in ending corruption.

Restricting these initiatives is a strategic tactic to disempower the American people and entrench the establishment’s own power. And especially when combined with the attack on our right to vote, this represents a clear and present danger to our democracy.

Now you might be thinking, this all sounds very concerning — and it is. But here’s the good news: These attacks are a backlash against record voter turnout and more and more victories for important citizen-led initiatives at the ballot box. Politicians are attacking democracy because the American people have proven that we can and will use our voices to take our power back.

They wouldn’t be so concerned about ballot measures if we weren’t winning them.

So how do you fight back against these attacks? Restore democracy by passing the For the People Act. Though it wouldn’t directly impact the ballot initiative process, it would take power away from the politicians currently advancing these anti-democracy bills, and return it to the people.

It’s the most comprehensive and impactful federal legislation to end corruption in generations, and it stands a good chance of passing — if we continue to build grassroots pressure to do so. And that’s where you come in.

Sign the petition below to send an immediate message to your senator urging them to vote YES on the For the People Act.