Politicians Are Taking Aim at Voter Rights in 2018 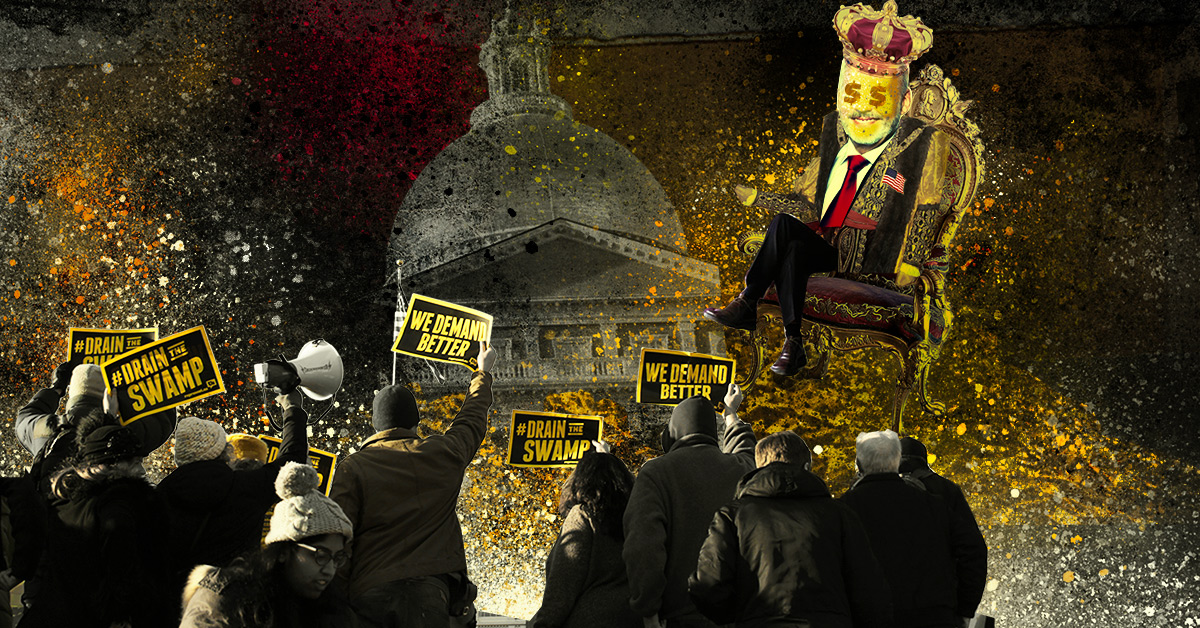 If you throw a frog into boiling water, it screams and jumps out. But if you boil it slowly, the frog doesn't notice until it's too late.

Until recently, corrupt politicians have put us on low heat: they've slowly and quietly chipped away at our right to self-govern. And it's worked. They've rigged our elections, made bribery legal, and made it harder and harder to hold the people we elect accountable.

It's so bad that people all across the country, even in this politically polarized time, have begun identifying corruption as the biggest problem facing our country. The people are angry, and we're fighting back.

So politicians are getting bolder. The political establishment, backed by deep-pocketed special interests, is launching a huge attack against us in 2018.

All over the country, politicians are conspiring not only to stamp out Anti-Corruption Acts, but any citizen-led initiatives. They're making up new rules for themselves that unabashedly ignore voter rights, and prevent the people from going around corrupt legislatures to propose and pass laws.

The new rules they're proposing sound like something straight out of a dystopian novel. Here is a horrifying sample:

Who's Going To Fix It?

No matter how much they sound like fiction, these attacks are real. And they could work if nobody stops them.

That means us. Represent.Us is the largest grassroots anti-corruption group in the country, with members in every state, chapters and volunteers meeting every week.

We are the people who can raise the alarm bells, target and shame politicians, make phone calls, show up in person, storm state legislatures, and use the pressure of hundreds of thousands of people all over the country to force them to abandon their self-serving plans.

We have the people-power to fight back.

But those campaigns aren't organized in a day, and they need resources to win. They need vans and gas money to get people to protests. They need signs and banners for protesters. And sometimes they need creative, attention-grabbing stunts that will force the media to pay attention and share what's going on with the public.

We're ready for this fight, but so is the political establishment. They're scheming to keep their power, and they have wealthy backers.

That's why the thing we need the most is sustained, dependable support - so when politicians launch a sneak attack, we can counter it right away. Make a monthly gift to join the campaign to fight these anti-voter laws, and help Represent.Us reach the goal of 150 monthly donors by December 21. When you make a monthly gift you'll become part of The Common Wealth, a program where 100% of your gift goes to the front lines of the fight.

Represent.Us chapters are amazing. They've organized dozens of events this year, and they know the people in their communities who will show up when there's a battle.