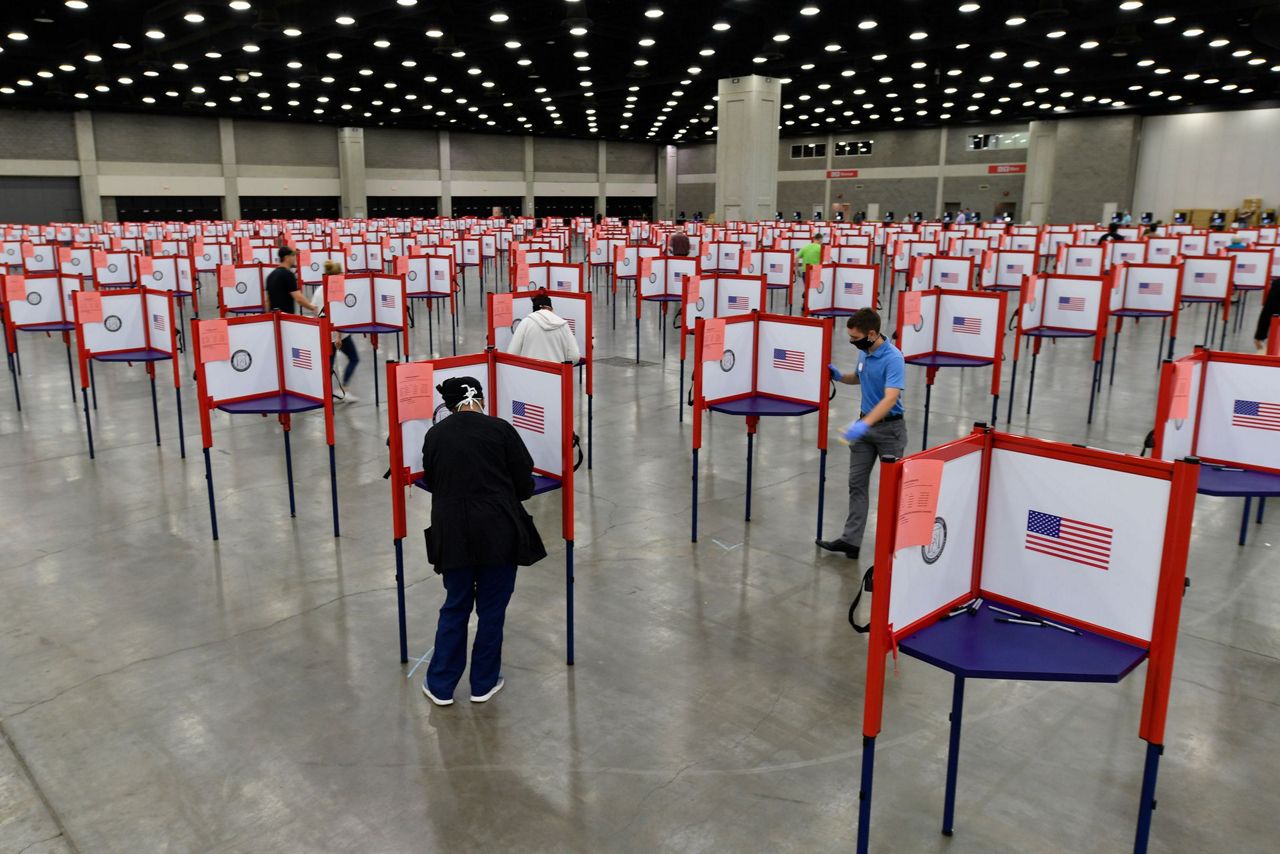 My heart pounded when I saw the pictures and videos on social media of voters pounding on the locked doors, looking in the windows of the lone polling place in Louisville, Kentucky. The faces of mostly people of color desperate to participate in democracy - begging to be heard - made my blood boil. A painful visual representation of the fact that America nears the bottom of the list of the world’s leading democracies for voter turnout, largely due to her citizens being locked out like this.

Not again, I thought. The tweets filling my timeline suggested Kentucky was the latest chapter in our country’s shameful history of suppressing Black votes. Structural racism permeates the election system and is not exclusive to either party. Voter ID laws, restrictions on allowing returning citizens with past felony convictions to vote, partisan gerrymandering, limited polling sites, the corrupt influence of big money in politics, election misinformation, and (perhaps worst of all) voter purges (erasure) have a disproportionate impact on Black voters. This is especially true in the wake of the Supreme Court’s 2013 Shelby decision (seven years ago today) that gutted the 1965 Voting Rights Act and made my generation the first to witness America become less democratic. The story of the Black vote in America is less about democracy than it is about hypocrisy (and, if we’re honest, that dates back to the inception of the Electoral College and the racist Three-Fifths Compromise upon which it was founded).

The story of Tuesday’s primary in Kentucky, however, may not have been as bad as it appeared in those frustrating photos. Yes, Kentucky has about 3,700 polling places in a typical year, and only had 170 sites to cover the state's 120 counties this week, according to Kentucky's Secretary of State. And, yes, Kentucky’s biggest metro area, Louisville, where half the state's Black citizens reside, had only one polling place.

But that one polling place was a “super polling place.” There were some 350 booths at the Louisville Expo Center. The demand for in-person voting on election day was, mercifully, supplemented by a historic volume of mail-in ballots, ballot drop-boxes, and early voting. A historic success in its own right, given the pressures of COVID-19.

The suite of voting methods deployed in Kentucky was the result of rare bipartisanship between the Democratic Governor and Republican Secretary of State, and that should be commended. With Secretary of State Michael Adams projecting that Kentuckians were on track to cast over one million primary ballots (final election results expected Tuesday, June 30th), the primary is sure to topple Kentucky’s previous record of 922,456 votes set in 2008 when Barack Obama and Hillary Clinton were still in a battle for the Democratic Party’s presidential nomination. Lines were manageable and Kentucky’s primary wasn’t anywhere as problematic as Wisconsin and Georgia.

Kentucky was far from perfect, however. Voters in Lexington, the state's second largest city, were subjected to lines as long as two hours earlier in the day. Our standards should be higher than avoiding complete disaster. VoteSafe, a cross-partisan coalition of elections administrators, is calling for two important things: safe, in-person voting sites and access to absentee ballots. The bottom line is that people should not have to choose between their health and voting.

Ballots are still being counted and we should still monitor the situation. While I won’t go so far as to call Kentucky’s primary a win, it wasn’t a loss. A judge allowed those voters pounding on the doors of the Expo Center to be let inside, per U.S. Senate candidate Charles Booker’s injunction request. And returning citizens in Kentucky with past felony convictions voted for the first time since Governor Andy Beshear restored voting rights to more than half of an estimated 312,000 Kentuckians with felonies who completed their sentences. We need to make sure no one is left out in November.