How to Really Drain the Swamp 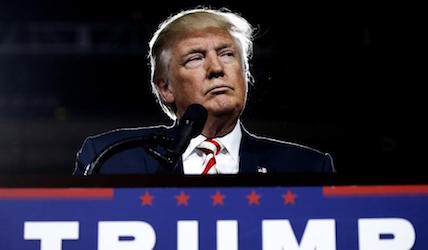 "Drain the swamp." That's the current catchphrase of President-elect Donald Trump, who announced that in his first 100 days of office, he'll pass a series of policies to fight corruption and special interest influence in Washington, DC.

But Trump's proposals don't go far enough to kick corruption out of Washington.

Right now we have a corrupt political system where candidates have to court special-interest billionaires for donations to win elected office. Lobbyists write our laws, secret money floods our elections, and there's no cop on the beat to enforce our ethics laws. To stop the corruption, we can't just pass a few reforms here and there – we need to overhaul the system.

If Trump truly wants to crack down on big-money corruption in DC, he needs to pass the American Anti-Corruption Act, a comprehensive law that would stop political bribery, end secret money, and give voters a stronger voice.

Here's what "Draining the Swamp" with the American Anti-Corruption Act would do:

Yes, this plan is comprehensive. That's the point. Political corruption isn't just a problem in our nation's capital; it's the problem that is blocking progress on every other issue, and fixing it will take a bold, transformative law.

The American Anti-Corruption Act is Donald Trump's chance to prove he can clean up Washington. If he fails to take it, voters will take matters into their own hands and pass their own reforms at the ballot, like they did this past Election Day in 13 places across America.

One way or another, we'll drain the swamp. The only question is who will do the draining.

Be part of the movement breaking big money’s stranglehold on government
We take your privacy seriously. You will receive periodic updates from RepresentUs and you can unsubscribe from our emails at any time. Learn more about RepresentUs and the American Anti-Corruption Act.