After months of negotiations between both Democratic and Republican lawmakers, President Biden signed the much-discussed Infrastructure, Investment, and Jobs Act into law on November 15, 2021. Even as Congress has grown increasingly dysfunctional, struggling to raise the debt limit earlier this year for example, both the House and the Senate managed to pass this significant spending bill with impressive bipartisan numbers.

The Senate first passed the bill in August with a vote of 69-30, meaning that 19 Republicans joined 50 Democrats in voting yes. After months of deliberation, the House followed suit and passed the final bill by a margin of 228-206. Even though six progressive Democrats voted against the final bill due to frustrations with the negotiations, thirteen Republicans voted yes, proving more than enough to usher the bill to President Biden’s desk.

So, with this new investment into American infrastructure, where exactly is the money going?

The passage of the bipartisan infrastructure bill signifies not only a significant investment in roads and bridges, but also in American mass transit. As the Wall Street Journal reports, the BIF includes:

The funding for Amtrak is particularly interesting, considering how inadequate American rail transit is when compared to the rest of the world. While countries including Morocco and China have made significant investments in high-speed rail in recent years, the United States has fallen behind numerous global countries with robust rail infrastructure networks.

However, this influx of funds for Amtrak is a chance to revitalize America’s rail infrastructure, which would help decrease automobile traffic delays and carbon emissions, a significant contributor to climate change. Earlier this year, Amtrak released a 2035 vision for what expanded rail service could look like with increased investment. This plan introduced new Amtrak routes, including Nashville and Las Vegas, and increased service on already-existing routes. As Amtrak CEO Bill Flynn said following the passage of the BIF, “This represents the largest investment of its kind since Amtrak was founded in 1971.” 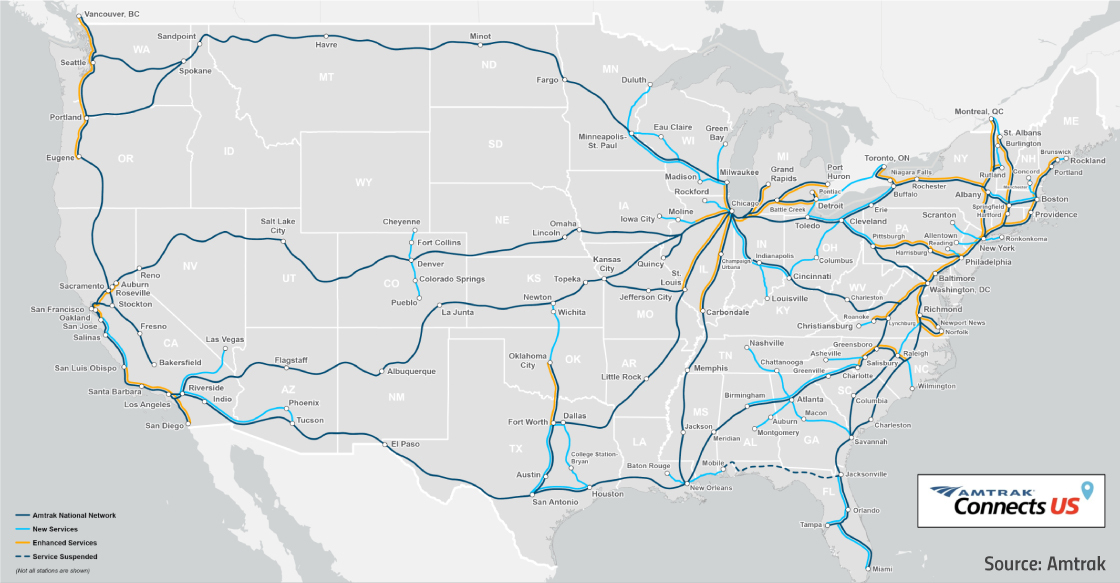 Increased Access to Broadband Internet for Millions of Americans

Ensuring access to high-speed internet is also a key component of the Bipartisan Infrastructure Bill. The bill includes a total of $65 billion for internet infrastructure projects, including:

This funding highlights the American government’s recognition that internet access is crucial for all Americans to contribute to both the economy and society. With this significant investment in internet infrastructure, millions more Americans will have improved access to the internet.

One of the more interesting, and crucial, aspects of the Bipartisan Infrastructure Bill is the $1 billion that will fund what’s called the “Reconnecting Communities Pilot Program.” The purpose of this program is to reconnect neighborhoods that were divided by highways built in the 1950s and 1960s. As Reuters documented earlier this year, many of the highways built during this era cut directly through cities, often displacing and gutting minority communities in American city centers.

This has led to significant issues for these minority communities, including increased air pollution, higher risks for pedestrians, and of course the displacement of both residents and businesses. The $1 billion currently set aside for these projects pales in comparison to the original $20 billion mark the Biden administration laid out in March of this year. However, it still signifies a groundbreaking initiative to address past structural decisions that have had an adverse impact on millions of American minorities.

Further, Democrats are hoping to include an additional $4 billion for the “Neighborhood Access and Equity Grants Program” in their Build Back Better bill. This funding will not only seek to address serious wrongs committed by the American government, but also improve neighborhoods nationwide by removing costly and inconvenient highway systems that have divided traditionally brown and Black neighborhoods. 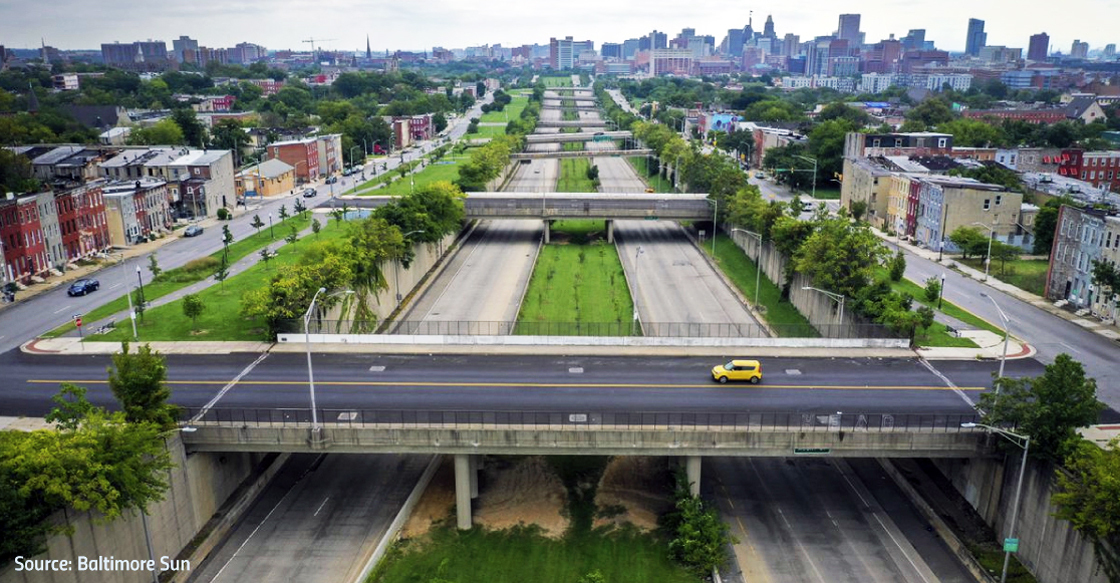 The Highway to Nowhere in Baltimore, a freeway built in the 1970s that divided a traditionally black neighborhood and is now rarely used.

How is the Bipartisan Infrastructure Bill Funded?

Congress has found the funds for this significant investment from several different sources. These include more than $200 billion of unused coronavirus relief funds, $50 billion from delaying a Trump administration-era Medicare rule, and $50 billion from states returning unused unemployment funds. This is in addition to $60 billion in additional revenue that will be recouped from economic growth following the injection of funds into the US economy. All together, the Congressional Budget Office (CBO) estimated that the BIF would add around $256 billion to the American deficit over the next 10 years.

However, senators Rob Portman (R-OH) and Kyrsten Sinema (D-AZ) noted in a joint statement that, “The new spending under the bill is offset through a combination of new revenue and savings, some of which is reflected in the formal CBO score and some of which is reflected in other savings and additional revenue identified in estimates, as CBO is limited in what it can include in its formal score.”

Ultimately, the Bipartisan Infrastructure Bill represents a landmark investment in American infrastructure that will not only address longstanding needs, but also seeks to revitalize American infrastructure to prepare our country for the needs of the future. Massive investment in rail travel, internet access for poor and rural citizens, clean water, and helping communities impacted by poor past decisions is long overdue, and will improve the lives of millions of Americans.