Being one vote among millions might feel insignificant, but your voice actually has a huge impact on politicians and the laws they pass.

Here’s why you should never miss another election.

The smaller the election, the greater your impact.

Local elections happen much more frequently than congressional and presidential elections — and you have much more sway as a voter. In 2018, only about 21% of voters cast a ballot in local elections across the U.S. But, municipal-level policies actually have as much, if not more, impact on your daily life as state and federal laws. 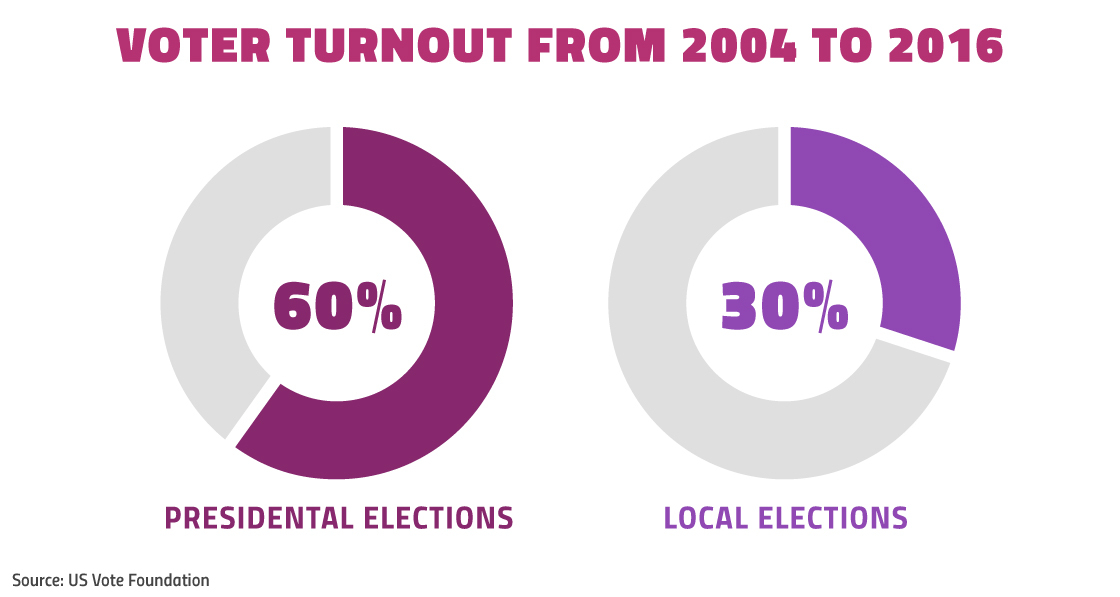 Voting on local ballot questions is extremely important for affecting grassroots, citizen-led change. When Congress won’t take action on a certain issue (for example, an anti-corruption issue), citizens can organize to get a question on the ballot. That’s how policies like ranked choice voting and gerrymandering restrictions have passed in many states.

What do local politics have to do with fixing America’s corrupt political system? Local change paves the way for federal change. Many of America’s most historic laws, like women’s voting rights and marriage equality, owe their success to a legislative domino effect that started with local wins.

In close races, your vote can define the outcome.

The presidential election in 2000 was decided by a difference of 537 votes in Florida. This was an especially tight race, but close races with extremely impactful results are more common than you might expect.

In both races, Wisconsin and Arizona played influential roles in the outcome of the general election. It’s difficult to predict how close a race will be before it happens, so it’s important to always cast a vote.

Voting is a cornerstone of American democracy and history.

Not voting means not participating in democracy. People throughout American history, and still today across the world, have fought and died for the simple right of casting a vote. We have a duty to carry on the legacy of the historical and worldwide struggle for suffrage.

Lack of representation was a big motivation behind the United State's fight for independence from England. The Founding Fathers were unhappy with the monarchy and how it suppressed the voices of citizens. That’s why they came up with a democratic system of voting when framing our constitution.

There’s a reason why the Founding Fathers emphasized “we the people” when defining how this country would be governed.

Voting is so crucial to a strong democracy because it:

Your vote doesn’t just represent you, it represents your whole demographic.

For example, let’s say you’re a student. You don’t want a small student voter turnout because that will likely translate to election results that don’t reflect the concerns of young people. It may seem like your vote is insignificant in large elections, but your voice is representative of many important demographics. You play a valuable role in making those demographics seen by politicians. 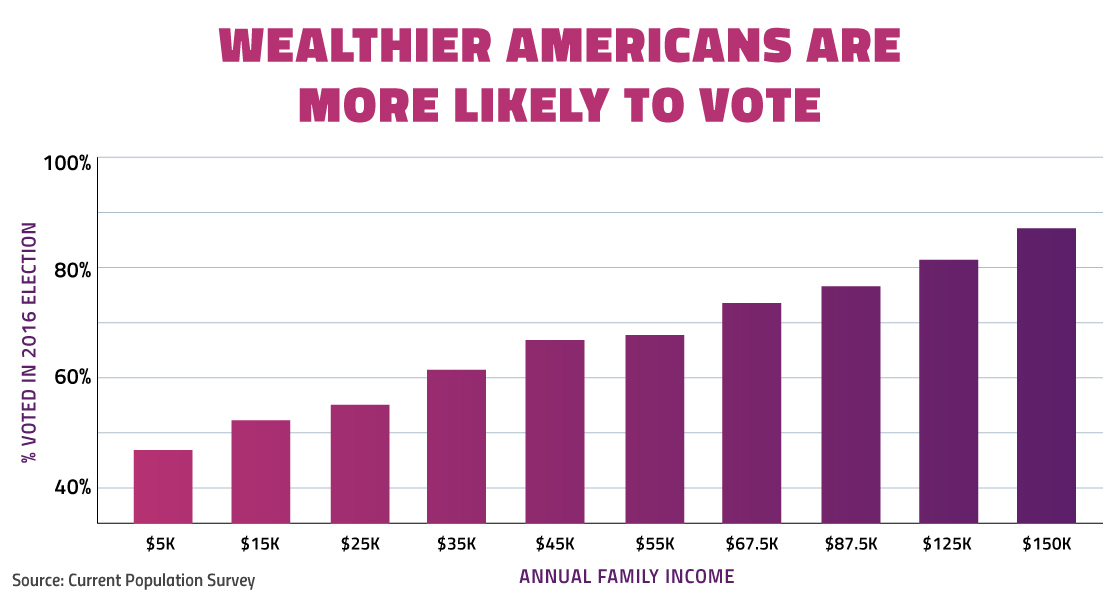 This unequal voter turnout should be no surprise. Registering to vote can be difficult and time consuming, and taking time on a Tuesday to get to the polls is often tough for working people. These barriers are a big reason why politicians continue to protect the wealthy, rather than focusing on policies that will support everyday Americans.

Voting is a right, not a privilege, so it should be accessible to and easy for everyone. We can improve voter turnout from everyone by making voter registration automatic, implementing vote by mail across the country, and providing early voter options for people who can’t make it to the polls on election day.

Voting is a great way to make your voice heard, but there are so many more ways to participate in our democracy.

RepresentUs is America’s leading nonpartisan organization fighting to protect and strengthen democracy. We unite independents, progressives and conservatives to pass pro-democracy laws, fight corruption, and defeat authoritarian threats. We have won more than 150 victories in cities and states across America since our founding 10 years ago. Each win is one step closer to our vision of making America the world’s strongest democracy.