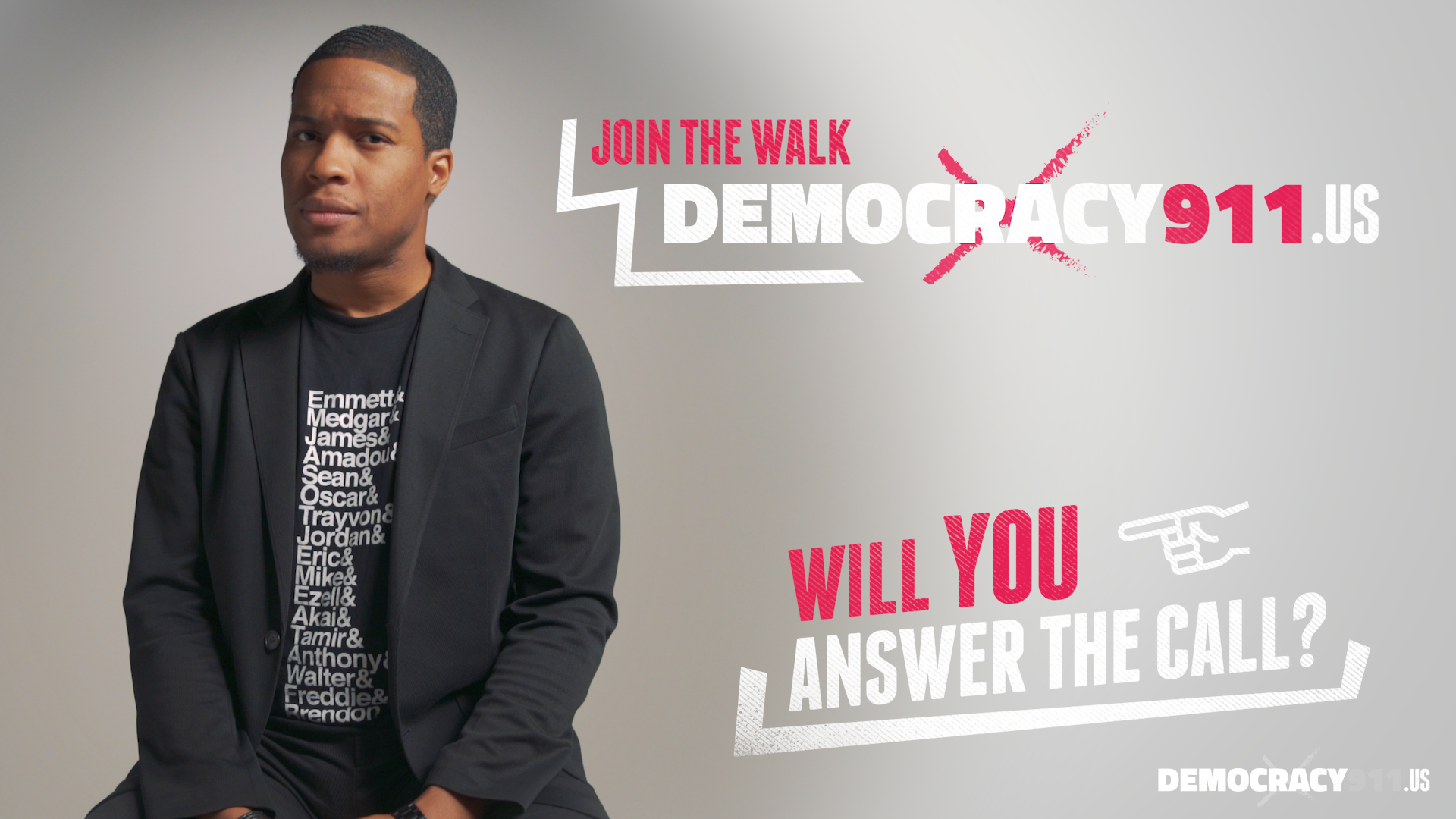 The ‘Democracy911 Walk’ begins today in Atlanta, where state-wide voter suppression and election purges during the 2018 midterms made Georgia ground zero in the fight against government corruption. Over the next 50 days, Pearson will walk to Washington D.C., reaching the nation’s capital on Sept. 24 – National Voter Registration Day – where activists plan a sit-in to press action on key voter rights and anti-corruption reforms.

The ‘Democracy911 Walk’ is designed to activate Americans and put pressure on elected officials to end corrupt election practices like voter suppression, voter roll purging, gerrymandering, uncompetitive elections, and campaign finance policies that put influence in the hands of special interest lobbyists instead of the American people.

Over the past decade, voting rights have been increasingly endangered. Since 2008,15,000 polling places have closed nationwide, 16 million people have been purged from voter rolls, and key Supreme Court rulings have gutted the Voting Rights Act and failed to stop partisan gerrymandering. These, alongside increased foreign intervention in online communications, and threats to the security of elections are motivating Pearson to make the walk as a “last-ditch effort to save our democracy.”

“American democracy is now in a state of emergency,” said Pearson, Director of External Affairs for left-right anti-corruption group RepresentUs. “Polling places are closing en-masse nationwide, voters are being purged from the rolls, partisan gerrymandering continues unencumbered, and foreign powers are attacking what is left of our elections. Virtually every issue Americans care about is stuck because of our rigged political system.”

“This is the time for us to call 911 on our democracy and fight for our right to representation. As a Morehouse College alumnus, I have been a student of civil rights movement history and a practitioner of Kingian nonviolence ever since graduating in 2011. Dr. King still speaks to us from the grave today: ‘To accept passively an unjust system is to cooperate with that system...Noncooperation with evil is as much a moral obligation as is cooperation with good.’ Join me in taking this stand.” Pearson is asking the American people to walk alongside him as he stops in cities along the way, like Greenville and Spartanburg (South Carolina), Charlotte and Greensboro (North Carolina), and Richmond (Virginia).

The ‘Democracy911 Walk’ will culminate in Washington D.C., where activists plan to sit on the steps of the U.S. Capitol building until:

RepresentUs is the nation’s largest grassroots anti-corruption campaign, bringing together conservatives and progressives to pass anti-corruption laws across the country. In 2018, we helped pass 23 anti-corruption measures—a historic year for the movement. Headquartered in Northampton, MA, we also have staff in San Francisco, CA, Los Angeles, CA, Washington, DC, and New York, NY.