As the House Select Committee’s investigation into the January 6th insurrection continues, planners of the pro-Trump rallies in D.C. have been communicating and cooperating with congressional investigators. And now some of this information is making it into the public. On October 24th, Rolling Stone published a bombshell, exclusive report with two of those planners detailing how organizers of the “Stop the Steal” attack on the Capitol coordinated with multiple members of Congress.

You heard that right: multiple members of Congress allegedly helped plan the January 6th insurrection on the U.S. Capitol. So, let’s break down this explosive report.

The two anonymous organizers of the Stop the Steal rally detailed “dozens” of planning briefings and meetings with current members of Congress. This is the first account describing these legislators’ role and scope in the events that unfolded on January 6th. And, what’s more, these sources named names. Both sources say the following members participated in these conversations in the weeks leading up to the insurrection: 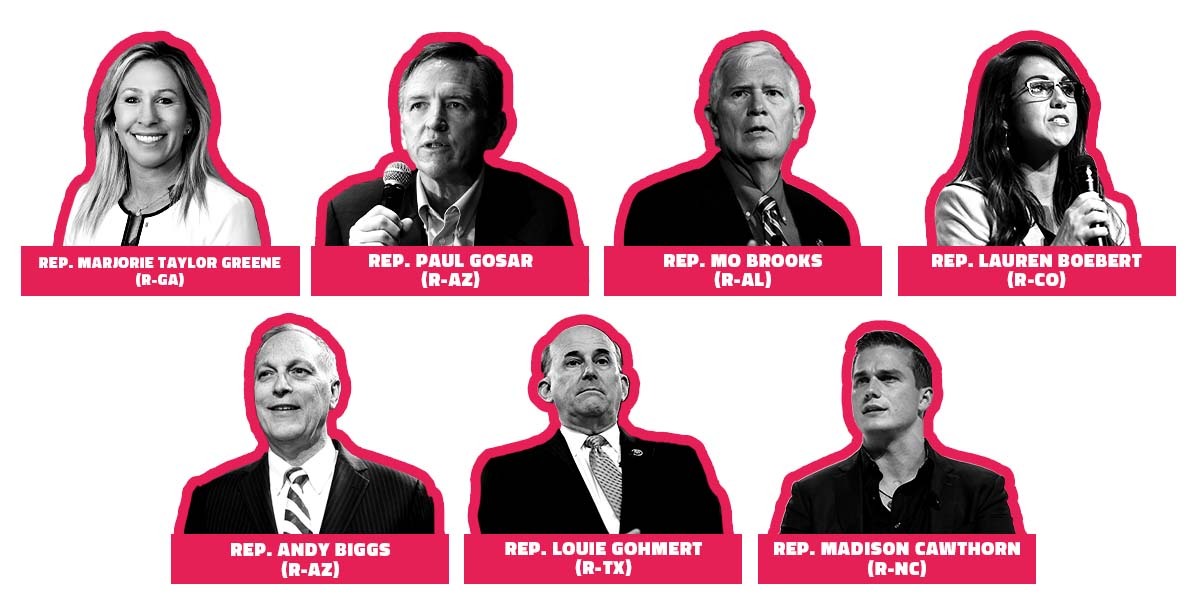 To quote the source directly, “We would talk to Boebert’s team, Cawthorn’s team, Gosar’s team like back to back to back to back.” Not only that, but Rep. Gosar, who has vehemently defended the January 6th rioters, allegedly dangled the possibility of a “blanket pardon” from President Trump for the organizers’ involvement in planning the protests.

Let me break this down: there is a sitting member of Congress who allegedly encouraged these sources to plan the January 6th rally-turned-insurrection in return for full immunity by the President of the United States. If true, that isn’t just undemocratic – it’s unlawful.

The sources believed that the presidential pardon was a done deal prior to the January 6th insurrection. One organizer claimed that Rep. Gosar had “spoken to the President about it in the Oval… in a meeting about pardons and that our names came up. They were working on submitting the paperwork and getting members of the House Freedom Caucus to sign on as a show of support.” The two anonymous sources claim they received multiple assurances from Gosar about the blanket pardon, despite it never coming to fruition.

On top of these first-hand accounts, Rolling Stone separately obtained documentary evidence that both sources were in contact with Gosar and Boebert on January 6th.

Now, while this report is explosive, we wouldn’t necessarily call it shocking. Here’s why.

On January 6th at the White House Ellipse just moments before rioters stormed the Capitol, Rep. Brooks, who was reportedly wearing body armor, declared, “Today is the day American patriots start taking down names and kicking ass.” Multiple members of Congress, and even President Trump, made statements that hyped up the day's events, saying that it would be "wild" and urging people to go to the Capitol.

In fact, Ali Alexander, another organizer of the January 6th rallies, declared in a since-deleted livestream that Gosar, Brooks, and Biggs helped him formulate the strategy for that event.

“I was the person who came up with the January 6th idea with Congressman Gosar, Congressman Mo Brooks, and Congressman Andy Biggs. We four schemed up on putting maximum pressure on Congress while they were voting so that — who we couldn’t lobby — we could change the hearts and the minds of Republicans who were in that body hearing our loud roar from outside.”

Most members of Congress did not respond to Rolling Stone’s requests for comment. That said, Rep. Greene’s communications director, Nick Dyer, claimed she was only involved in planning to object to the electoral certification on the House floor. The January 6th Committee will look into these claims.

Both sources for Rolling Stone are expected to testify publicly about the Trump campaign and congress members’ involvement in the funding and planning of January 6th. The sources detail that Mark Meadows, former chief of staff for President Trump, was well aware of the threats of violence that subsequently unfolded at the Capitol.

January 6th, 2021, will live on as a reprehensible, devastating day in American history. Those who participated in the violent riot must be held accountable – and that includes members of Congress who may have helped plan or fund the insurrectionists. There is precedent for expelling insurrectionist members of Congress. During the Civil War, Congress expelled 14 insurrectionists for supporting the confederacy. We cannot turn a blind eye to officeholders who may have broken the law and their promises to the American people. It is of the utmost importance that the House select committee finishes its investigation into the January 6th insurrection.

At RepresentUs, we call out corruption when we see it. We are following the January 6th select committee closely and are devoted to increasing transparency surrounding the events that unfolded. Sign up for our newsletter here to keep up with breaking news, committee developments, and congressional actions against the insurrectionist members of Congress.