Add your signature to tell elected leaders to end insider trading in Congress. 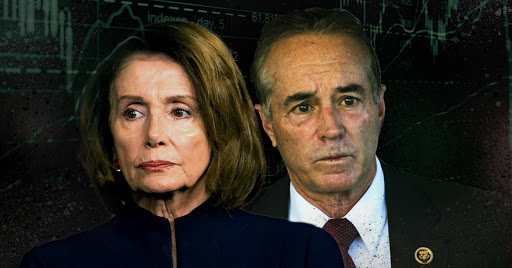 New York Congressman Chris Collins was recently arrested by the FBI on charges of insider trading. This is just the latest development in an ongoing saga of bipartisan Congressional corruption.

Rep. Collins is accused of using insider information to warn his son and another family member to dump more than 1.5 million shares of Innate Immunotherapeutics – an Australian biotech company – just hours before news of the company’s failed drug trial. According to the indictment, the Congressman and his co-conspirators illegally avoided over $768,000 in losses by dumping the stock before the information was public.

But he’s not the only one. A 2017 report by POLITICO found that “28 House members and six senators each traded more than 100 stocks in the past two years...And a handful of lawmakers, some of them frequent traders and some not, disproportionately trade in companies that also have an interest in their work on Capitol Hill.”

Tell Congress their duty is to the American people, not their wallets - end insider trading now.

Trading stock based on insider information isn’t the only way our elected officials have made it big in the stock market. Companies give members of Congress special access to IPO stock before it’s available to the public.

Apparently fearless of a conflict of interest, Pelosi and her husband bought 5,000 shares of the stock at the rock-bottom price of $44 per share. Two days later, the value skyrocketed to $64 per share, and Pelosi made $100,000 virtually overnight thanks to her Visa IPOs.

The tough new credit card legislation that Visa didn’t want? Pelosi, who was Speaker of the House at the time, never allowed it to the floor for a vote.

It might seem reasonable to assume that the Rep. Collins arrest shows that the system is working. It’s not. That’s because Congress weakened the STOCK (“Stop Trading on Congressional Knowledge”) Act shortly after its passage, effectively gutting the law. Here’s what happened:

In 2011, a CBS investigation blew the lid off of one of Washington’s most poorly-kept secrets: members of Congress were routinely exploiting legal loopholes to engage in insider trading and line their own pockets — a criminal offense for regular citizens.

Just 12 days before the 2008 economic meltdown, several members of Congress pulled their money out of the stock market. Congress had been forewarned about the impending economic bombshell in secret meetings with the Treasury Department and the Fed, and they used that information to move their personal funds out of the market at lightning speed. Meanwhile, millions of Americans lost their homes and their life savings.

The day after the meeting with the Treasury, at least 10 senators made trades to protect their financial interests, while Americans remained in the dark. Senator Shelley Capito (R-WV) and her husband dumped between $100,000 and $250,000 of Citigroup stock on the 18th of November 2008 at $83 per share. The next day Citi stock fell to $64 per share. Congressman Jim Moran jumped ship too, frantically trading stock in 90 different companies — his biggest trading day of the year.

In 2012, amid ongoing public outrage from the CBS Investigation, Congress passed a law called the STOCK Act, and took a loud victory lap for supposedly putting an end to their own unscrupulous behavior.

For a while it worked, but just one year later, Democratic majority leader Harry Reid introduced legislation to weaken the law. With no debate and with little public notice, Congress repealed many of the online transparency requirements in the law, leaving the public in the dark about suspicious activity. The White House’s official statement was just one sentence long and was issued on April 15, 2013 — the same day as the Boston Marathon bombing.

Rep. Collins was one of the biggest shareholders of Innate Immunotherapeutics and served as a member of its board, even as he alerted fellow members of Congress to the little-known company and they proceeded to profit by buying shares of their own. Minority Leader Pelosi got a sweetheart deal on the VISA IPO while considering legislation to reign in the credit card industry. Other members continue to introduce and vote on legislation that directly affects the prices of stocks that they own. In other words, the refs are betting on the game - even introducing their own rules to help them do it.

This may be legal but it is not okay. Public outcry led to the passage of the original insider-trading law, now it’s time to rise up once more. In this moment of scandal, we must pressure Congress to strengthen the STOCK Act and end their shady stock deals.

Add your name to tell Congressional leaders that enough is enough: restore the public’s trust and end insider trading in Congress.

To: All Members of the U.S. House and Senate

The recent arrest of Representative Collins is just the latest sign that Congress can’t be trusted when it comes to insider trading. I demand you immediately strengthen the STOCK Act by passing Provision 14 of the American Anti-Corruption Act (bit.ly/AACA2017).

By passing the American Anti-Corruption Act you will restore the public’s trust in your role as stewards of this great Republic. The stakes are high. There is not a moment to lose.