Five people died, the Capitol was sacked, and America was shaken to its core. While most of the nation was reeling in the aftermath, eight Senators returned to the floor to object to state electoral votes and continued to push the same baseless claims of a stolen election that incited the riot in the first place. 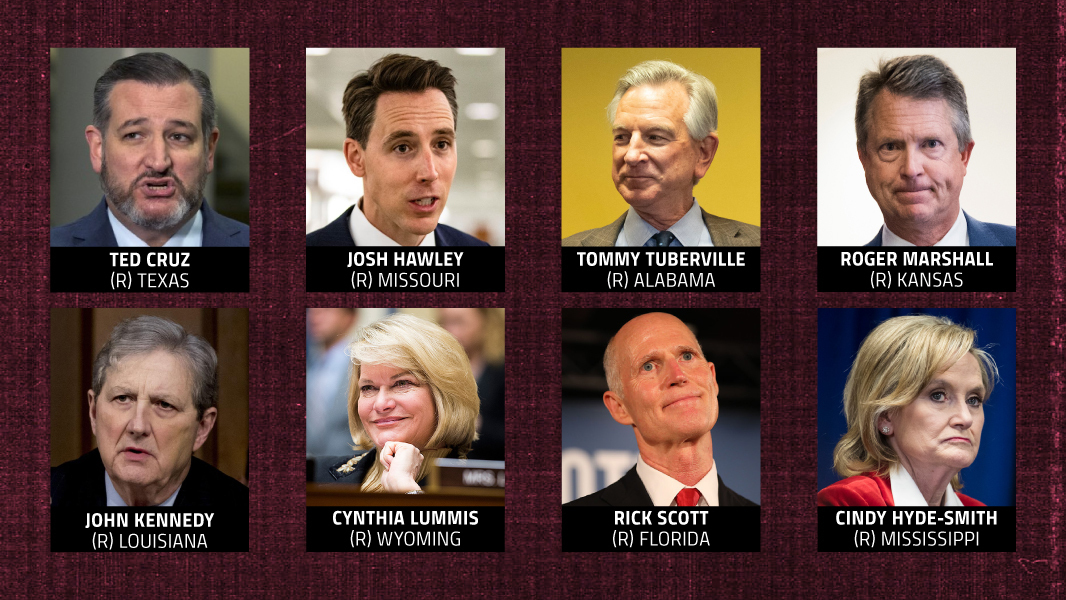 For weeks, these Senators helped President Trump spread lies about the 2020 election and worked with him in an effort to brazenly disregard the votes of millions of Americans. We cannot ignore their actions.

President Trump will leave office in the next 12 days, regardless of what happens next. But these eight Senators will remain despite their betrayal, and they need to know Americans everywhere reject their actions and will vote them out the next chance they get, unless they immediately denounce these authoritarian moves.

Send a message to the Shameful Eight now condemning their anti-democratic actions.

I am writing to express my outrage at your attempt to overturn the results of the 2020 election on the night of January 6th. The events of that day showed us the disastrous consequences of lying to the American people ⁠— and yet you chose to continue undermining our democracy even after a mob attacked our Capitol.

You put party and political ambitions over duty to your country. It is time for you to acknowledge that there was no widespread voter fraud in the 2020 election.