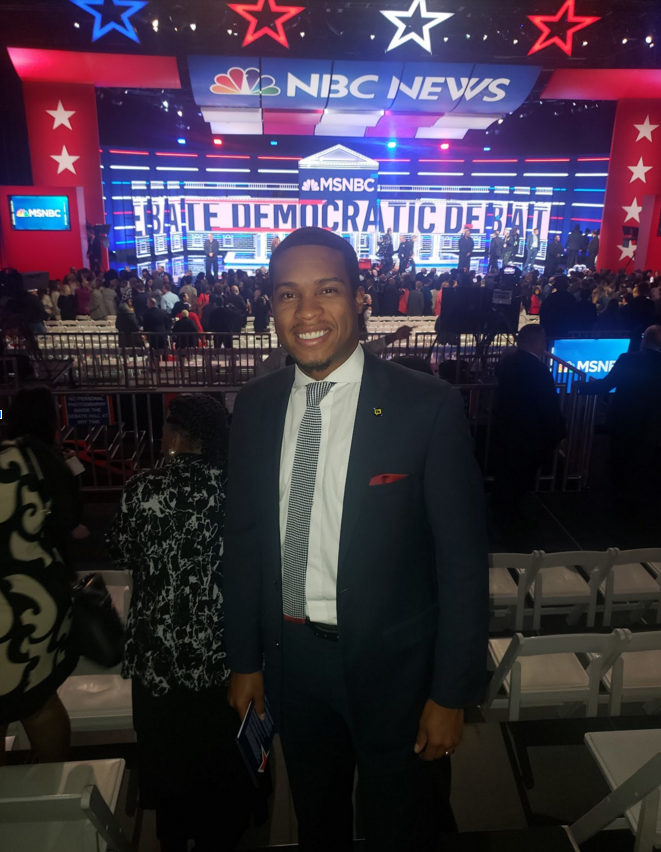 Well, it turns out that the fifth time’s the charm! A journey of over a million steps came full circle at last month's fifth Democratic presidential debate, held in Atlanta, GA -- where, on August 6th (the 54th anniversary of the Voting Rights Act), I launched the #Democracy911 walk to Washington, DC to declare a state of emergency over our broken and corrupt democracy.

Coincidentally, I ended up taking 1.5-million steps from Atlanta to DC, which was the same number of voters purged in Georgia alone, between 2012 and 2016. And, having watched several presidential debates go by, it was the silence on this historic breach of democracy -- the unhinged voter suppression and unprecedented millions of voters purged from the rolls -- in the wake of the first presidential election (2016) without the full protection of the 1965 Voting Rights Act (coupled with the partisan gerrymandering, corrupting influence of big money in politics, two-party duopoly, vulnerable voting systems and foreign hacks) that compelled me to walk and ultimately get arrested sitting-in on the Capitol steps in civil disobedience to break this silence. 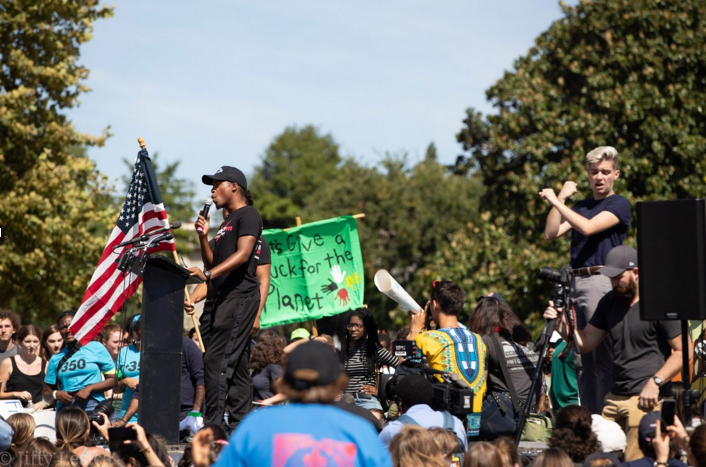 And, having been invited, in recognition of this work, by DNC Chairman Tom Perez’s office to serve on a pre-debate “Civic Engagement & Voter Protection” panel, in addition to attending the debate itself, I was prepared to personally break the silence at the debate myself, if the presidential candidates or debate moderators didn’t. Indeed, as I’ve said before, all of the presidential debates are moot without a fair election (devoid of voter purges, suppression, and vulnerable voting systems) -- and a new Ipsos/C-SPAN poll shows that “only half of Americans say they believe the vote [in the 2020 presidential election] will be conducted openly and fairly.”

Furthermore, it’s not just Dr. King that speaks to us from the grave in this moment, but also Republican Presidents Abraham Lincoln and Theodore Roosevelt: King says, “there comes a time when silence is betrayal,” and adds that “we will have to repent...not merely for the vitriolic words and the violent actions of the bad people, but for the appalling silence and indifference of the good people.” Lincoln says, “to sin by silence when they should protest makes cowards out of men.” And Roosevelt says, “If we condone political theft, if we do not resent the kinds of wrong and injustice that injuriously affect the whole nation, not merely our democratic form of government but our civilization itself cannot endure.”

But, again, it turns out that the fifth time’s the charm! Just as I was thinking I’d have to break the silence from the audience of the fifth Democratic presidential debate, Senator Amy Klobuchar broke the silence from the stage about “voting purges,” followed by Yang on our “broken campaign finance system,” then Booker on “voter suppression,” and then one of the moderators, Rachel Maddow, with a question on “equal access to the ballot box,” which Buttigieg responded to by referencing “automatic voter registration” and “same-day registration” to combat “the kind of racially motivated or partisan voter suppression or gerrymandering that often dictates the outcome of elections before the voting even begins.”

Later, Sanders said “the American people understand that the political system we have today is corrupt,” before condemning “voter suppression,” the 2010 “Citizens United” Supreme Court decision, and calling for “public funding of elections.” Steyer also called for “structural change in Washington itself,” including “term limits.” And Warren ended her closing statement the same way she did her opening statement (when she referenced how E.U. Ambassador Sondland “wrote a check for a million dollars” as a campaign contribution before being appointed), tying all the solutions to the issues we care about, to the “corruption” that blocks them -- “a government that works for those at the top and not for anyone else.”

And just like that, the silence was broken. After all, American voters had already beat them to the punch in 2018, where RepresentUs helped pass 23 anti-corruption and pro-democracy measures at the local and state level -- the most in U.S. history (in "red" and "blue" states alike). And over 80% of all voters (including 84% of independents) now want to see these reforms passed at the federal level.

Now, the challenge is to build on that momentum in tonight’s sixth debate -- especially in light of this week’s news affecting hundreds of thousands of potentially purged voters in Georgia and Wisconsin. Indeed, with Republican Presidential Candidate Bill Weld and Democratic Presidential Candidate Bernie Sanders being the 14th and 15th candidates, respectively, to pledge to #FixDemocracyFirst if elected, we must continue to push until all presidential candidates have made this pledge -- including the only candidate on tonight’s debate stage that has yet to make the pledge, Joe Biden.

Remember, debates are moot without fair elections (devoid of illegitimate voter purges, unhinged voter suppression, and vulnerable voting systems). And any proposed solutions to the issues at hand are moot without a fully functional democracy to advance them (e.g. a congress that truly serves the public interest via independent redistricting commissions to combat partisan gerrymandering, and publicly funded campaigns/small donor matching/vouchers to combat the corrupting influence of big money in politics).

All presidential candidates must pledge to #FixDemocracyFirst if elected.

See the next blog post here, as Bernie makes the pledge.