Democrats just introduced their "Better Deal for Democracy" platform, but does it resonate? 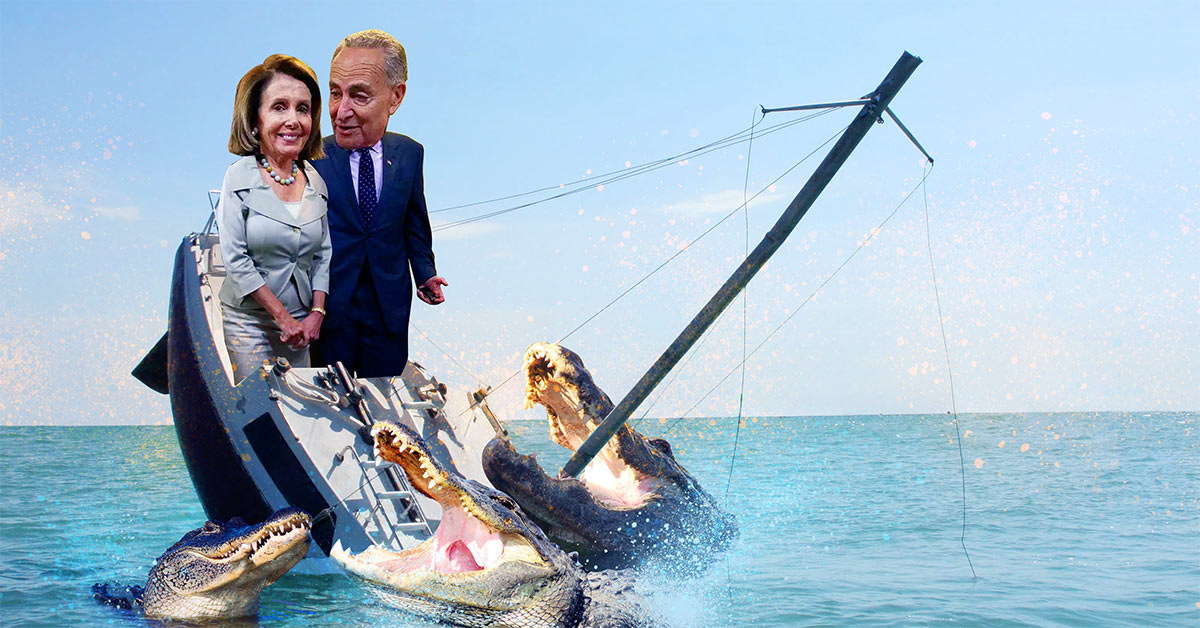 This Op-Ed originally appeared on the Daily Caller.

With the introduction of their new “Better Deal for Democracy” platform, the Democrats are finally spotlighting corruption, the issue that out-polls nearly every other issue. But are Democrats really listening to the American people?

The new platform reveals a deep misunderstanding of the electorate. It asserts that President Trump and the Republicans are solely responsible for letting a handful of billionaires and special interests take over our government. But voters increasingly understand that both Democrats and Republicans are complicit in the corruption of American governance. For too long, promises have been followed by inaction. Both parties have either ignored the need for systemic reform, or failed to act when they had the chance.

President Obama campaigned and won on his promise to change how Washington works, but squandered the chance to meaningfully address it for the two years that his party held power in both houses. The DNC got caught cheating in the 2016 primary election and new revelations show their dirty work continues. For years, Republicans have been a no-show on this issue, and while President Trump promised to “Drain the Swamp,” his party is in full control and so far they’ve merely swapped alligators for crocodiles.

Americans know the deep problems with ethics, elections and campaign financing go beyond any one President, beyond the partisan debate du jour, and beyond Democrat vs. Republican. Americans know the system is rigged against them, and it’s driving them away. 68% of non-voters cite “the corrupt system” as their reason not to vote – that’s about 38% of all Americans – and the party who brings them back will have a massive advantage. The “Better Deal” is a good start, but until Democrats divorce themselves from the finger-pointing, take responsibility for what’s broken, and exert the real political capital required to fix it, they’re doomed to keep losing elections.

For nearly 40 years, the Democrats have failed to convincingly counter President Reagan’s 1981 inaugural edict “Government is not the solution to our problems, government is the problem.” At the time, it was shorthand for government getting out of the way of private sector growth. Today, our government (under both major parties) has been so thoroughly captured by private interests, that it indeed has become the problem.

There’s no point in blaming one party or the other anymore, or drawing false equivalencies. It’s time for them both to own up to their roles in this mess, because the failure of government to meet the needs of the public threatens the viability of our nation. MIT professor Peter Temin recently found that America is regressing into a Third World Country for 80% of its citizens; The Economist Intelligence Unit declared in 2017 that our Republic is no longer considered a full democracy; and for the second year running, American life expectancy is on the decline despite staggering technological advances.

Failed governance by both parties – funded with our taxes – has robbed the middle class of their future, condemned the poor to a life of poverty, turned health care into a luxury few can afford, put millions in prison, and shipped our jobs overseas. We’re working harder, generating more wealth than ever, but keeping less of it.

The American Dream is becoming a nightmare.

This isn’t hyperbole. It’s fact. If you live on the coasts or in a wealthy enclave, you might not believe it. But it’s there, and candidates who want to win are going to need to start taking responsibility for it. Americans are more afraid of political corruption than nearly anything else – healthcare, war, pollution. What voters need are candidates who level with them about how we got into this mess, then (and only then) present solutions that end the pay-to-play culture in Washington, and secure our elections so voters are in charge.

The “Better Deal for Democracy” has many of the right policy ingredients. The platform is promising, if imperfect. It appears to include decent reporting requirements for lobbyists, a crackdown on public servants convicted of bribery and changes to how elections are funded. It should go further, but most voters would be happy to see the progress being proposed.

My organization’s model legislation, the American Anti-Corruption Act, is a more comprehensive package of the most popular and powerful reforms that could be passed today to address the corruption problem. End gerrymandering, bar gifts from lobbyists to politicians, require fully transparent political spending, and change how elections are funded. That’s the strong medicine required to cure an extremely sick patient. In today’s Congress, neither proposal has a snowball’s chance in hell of passage — but that doesn’t mean credible candidates must make empty promises. There’s a movement afoot and candidates can be part of it. They can lead it.

Following in the footsteps of women’s right to vote, interracial marriage, and civil rights, Americans across the political spectrum are working together state by state to unrig the system. From the Dakotas to Alaska, Ohio to Michigan to Maine, Colorado to Florida and elsewhere, grassroots conservatives and progressives are working together, taking the reins on a new era of change and winning reforms that Congress has been unwilling or unable to pass.

Serious candidates should be honest about the problem, and commit to really doing what it takes to fix it. Those who do will be the ones who win in 2018 — and that actually would be a Better Deal for America.