“Alaskans just passed political reforms that are the key to increasing civility and integrity at a time when our politics need it most. The Last Frontier has become a beacon of hope for our nation: a real-time example of how to put voters first, and reduce extremism, polarization, and corruption in politics,” said Josh Silver, CEO and Co-Founder of RepresentUs.

The measure builds on reforms passed in Alaska in 2018, making the state a shining example of what is possible in the rest of the country. Support for democracy reforms in a red state like Alaska shows voters across the political spectrum want to end political gridlock and corruption.

Alaska’s effort was led by Yes on 2 for Better Elections, one of several pro-democracy ballot measures that passed this election cycle. Those include a ballot measure that ended gerrymandering in Virginia, a campaign finance reform measure in Oregon, and ranked choice voting laws in the cities of Boulder, Colo., Albany and Eureka, Calif., and Bloomington and Minnetonka, Minn. Voters in St. Louis passed an approval voting measure there.

“Voters across the political spectrum are exhausted by politics-as-usual. They want a government that works for them, not special interests and political extremists. These laws are the way we end partisan gridlock and put power where it belongs: with the people,” said Silver.

This year’s successes build on the pro-democracy reforms passed in 2018 and 2019, including anti-gerrymandering in Michigan, Colorado, Ohio, and Utah; Ranked Choice Voting in Maine and New York City; and campaign finance and ethics reforms in Alaska, North Dakota, Missouri, and Nevada.

As RepresentUs keeps winning state-by-state battles to unrig our political system, we will continue to advocate for Congress to pass the American Anti-Corruption Act. 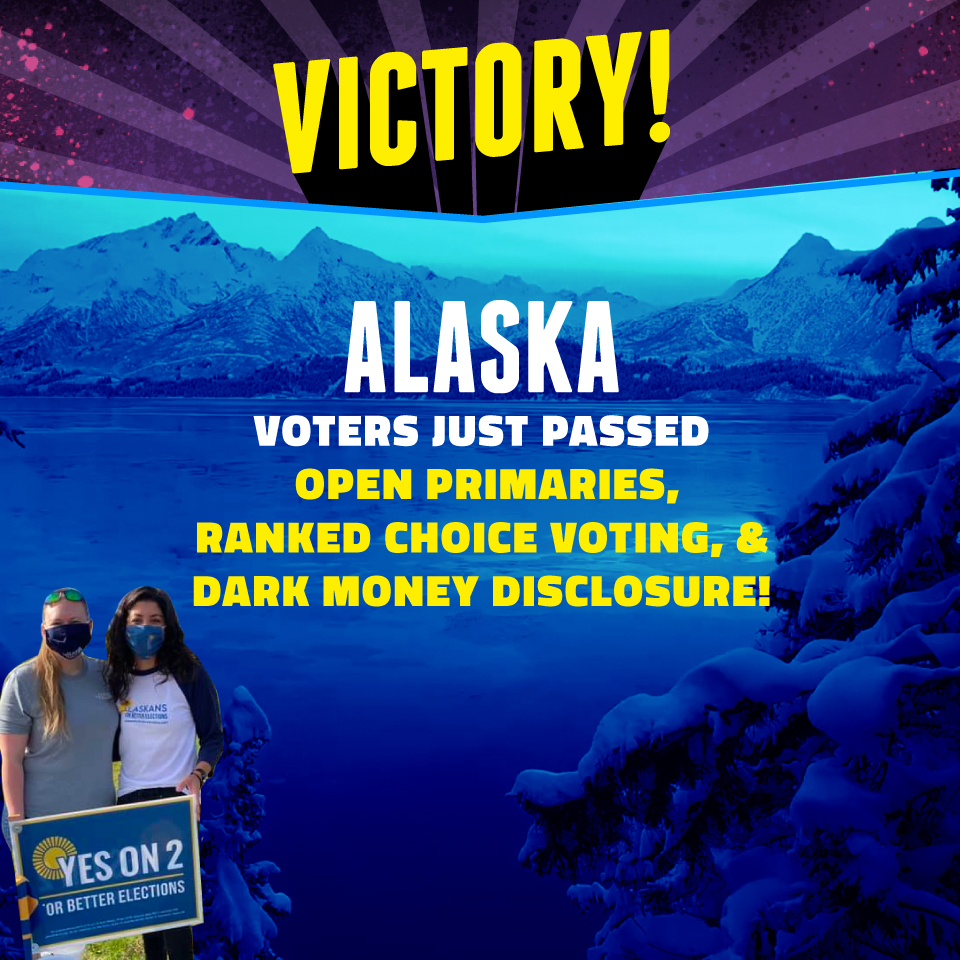