In satirical film, Helms realizes gerrymanderers aren’t adorable lizards to be protected -- they’re a threat to voters across the U.S -- So Rainn Wilson comes to the rescue. 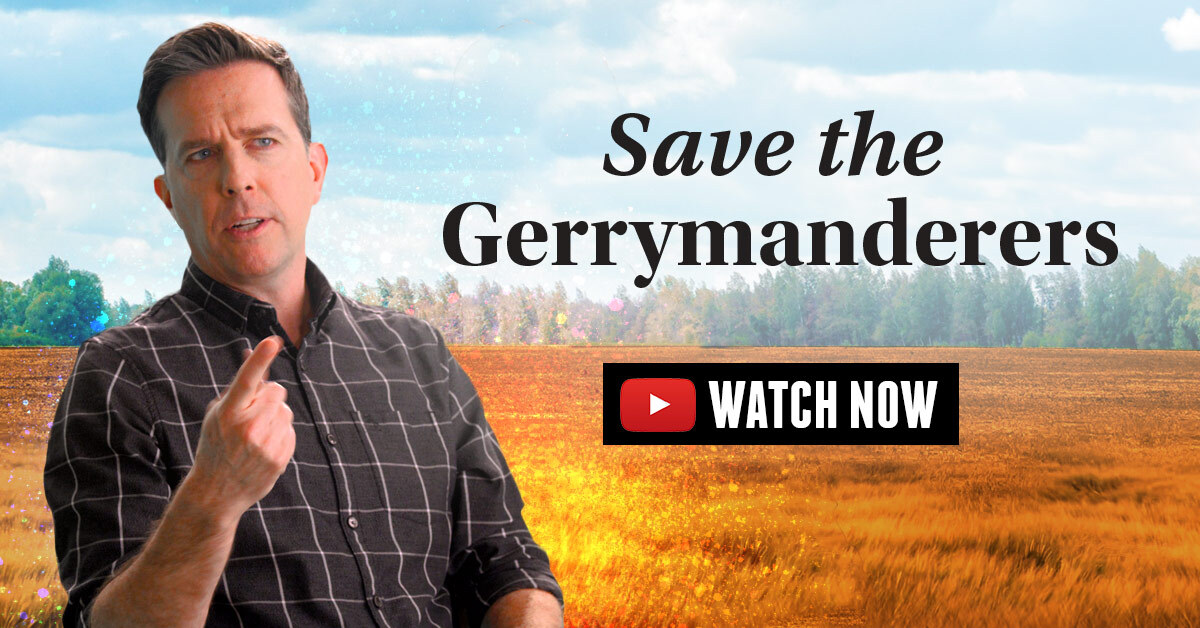 New York, NY (April 20, 2021): During the recent filming of a PSA to protect political consultants who draw voting district maps, actor Ed Helms figures out that he’s on the wrong side of the gerrymandering issue -- and hilarity ensues. Helms’ The Office co-star Rainn Wilson makes a cameo appearance.

In Save the Gerrymanderers, a new short film from leading right-left anti-corruption organization RepresentUs, Helms highlights the serious threat of gerrymandering to voters nationwide. Gerrymandering is when voting district lines are drawn in a way that unfairly advantages one political party over another – and it allows politicians to pick their own voters, instead of the other way around. The Gerrymandering Threat Index released by Representus shows dozens of states at risk of extreme gerrymandering this year.

Watch Save the Gerrymanderers here.

"When I got the opportunity to be the face of the new Save the Gerrymanderers campaign, I jumped on it. Who doesn’t want to save cute little lizards from extinction? But I was wrong!” said Helms, a member of the Board of Directors of RepresentUs. “Gerrymandering allows politicians to literally choose who votes for them. I know this sounds super illegal, but it's not. We could be stuck with the same corrupt politicians for the next decade -- if we don’t act now and pass The For the People Act.”

Both Democrats and Republicans gerrymander districts to stay in power. Two-thirds of voters say drawing district lines that intentionally favor one party is a major problem.

“Ed Helms got it right in the video -- gerrymandering shouldn’t be legal and is some ‘dark Orwellian s---.’ The For the People Act would get rid of partisan gerrymandering at the federal level once and for all,” said RepresentUs CEO Josh Silver. 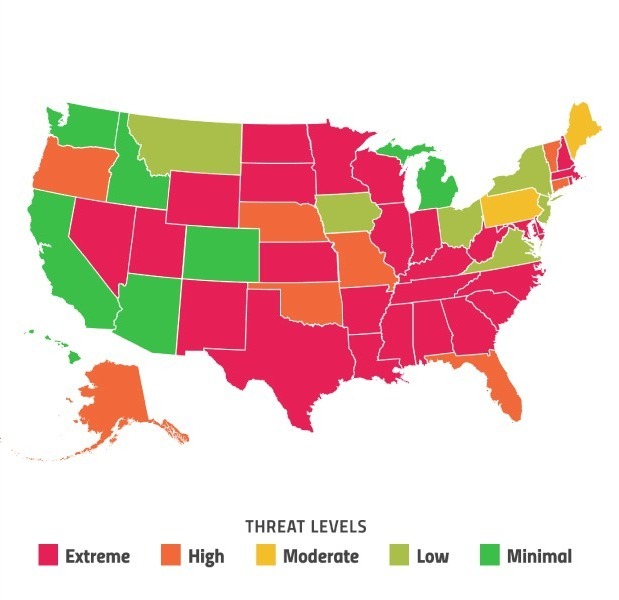 Thirty-five states are at extreme or high risk of partisan gerrymandering, according to an in-depth, one-of-a-kind report released by RepresentUs. The Gerrymandering Threat Index rates all 50 states.

“Gerrymanderers are sharpening their knives, getting ready to carve up districts this year to their own benefit. But we can stop them in their tracks by passing the For the People Act,” said RepresentUs CEO Josh Silver. “This report shows the risk of gerrymandering is pervasive if we don’t put reforms in place over the next few months.”

Highlights from the Gerrymandering Threat Index:

RepresentUs gave a risk rating to each state by addressing these 5 key threats:

RepresentUs is building on the success of more than 120 statewide anti-corruption victories to mobilize millions of its members behind passage of the For the People Act.