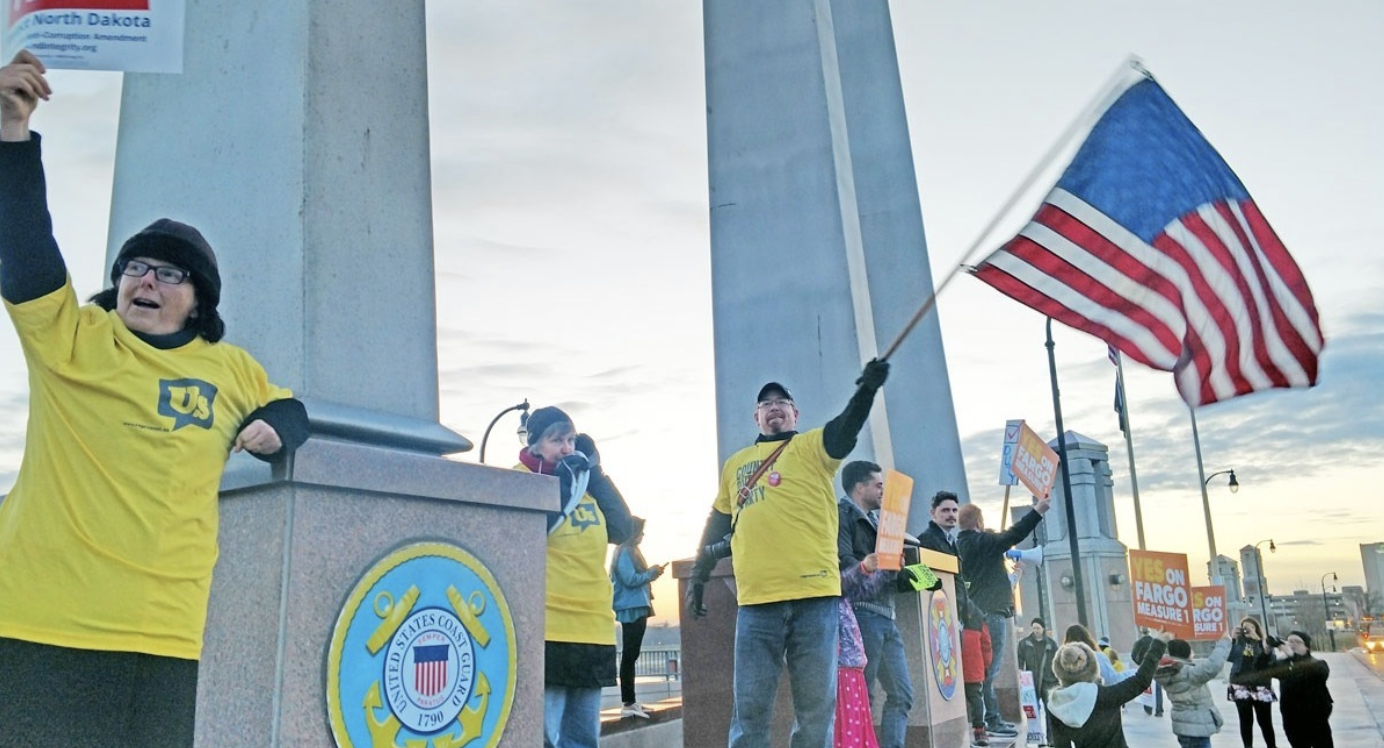 FLORENCE, MASS. (March 13, 2020): Amid fast-growing concern over COVID-19, today RepresentUs calls on every state to immediately implement full vote-at-home systems that would provide every voter with a paper ballot that they could return by US postal service or at a drop-off location.

“Oregon, Washington, California, and Colorado have created 100% vote-at-home systems that are safer, increase voter participation, and allow voters to learn more about candidates,” said RepresentUs Executive Director Josh Silver. “It is time for the rest of the nation to immediately follow suit, and ensure public safety amidst the Coronavirus crisis.”

As social distancing protocols are enacted across America, many states do not allow voters to request an absentee ballot without an excuse. Even where no-fault absentee voting is allowed, requesting a ballot can be cumbersome. In addition, states with upcoming primary elections are experiencing Primary Day staffing shortages, as poll workers are older, and more susceptible to the virus.

“We have an obligation to make sure people can exercise their right to vote without jeopardizing their health and safety,” continued Silver. “Vote at home is a proven system that should be quickly implemented everywhere.”

Sen. Ron Wyden (D-OR) introduced a bill Wednesday mandating states give voters the option to request a mail ballot in the case of a widespread public health emergency, like COVID-19, or a natural disaster. His bill would also provide $500 million to fund the effort. The proposal would allow all voters to request a ballot electronically, print ballots at home, and allow a grace period for ballots to be returned if there is a shortage of postal workers. “The Wyden proposal is an excellent first step towards a comprehensive solution,” said Silver.

At least one county, Erie County in New York, is allowing absentee voting to limit the spread of COVID-19. New York is among the states that do not allow no-fault absentee ballots, which means voters must provide an excuse. Meanwhile, the Nebraska Democratic Party is urging the state to move to only vote-by-mail ballots for the primary. Arizona’s Secretary of State is urging voters to send in ballots by mail or drop them off at designated locations.

“COVID-19 threatens to seriously disrupt the presidential primary. Fortunately, we have a way to protect the right to vote and our elections, while controlling the spread of disease. This is not a partisan issue,” said Silver.

States Yet to Vote in Presidential Primary