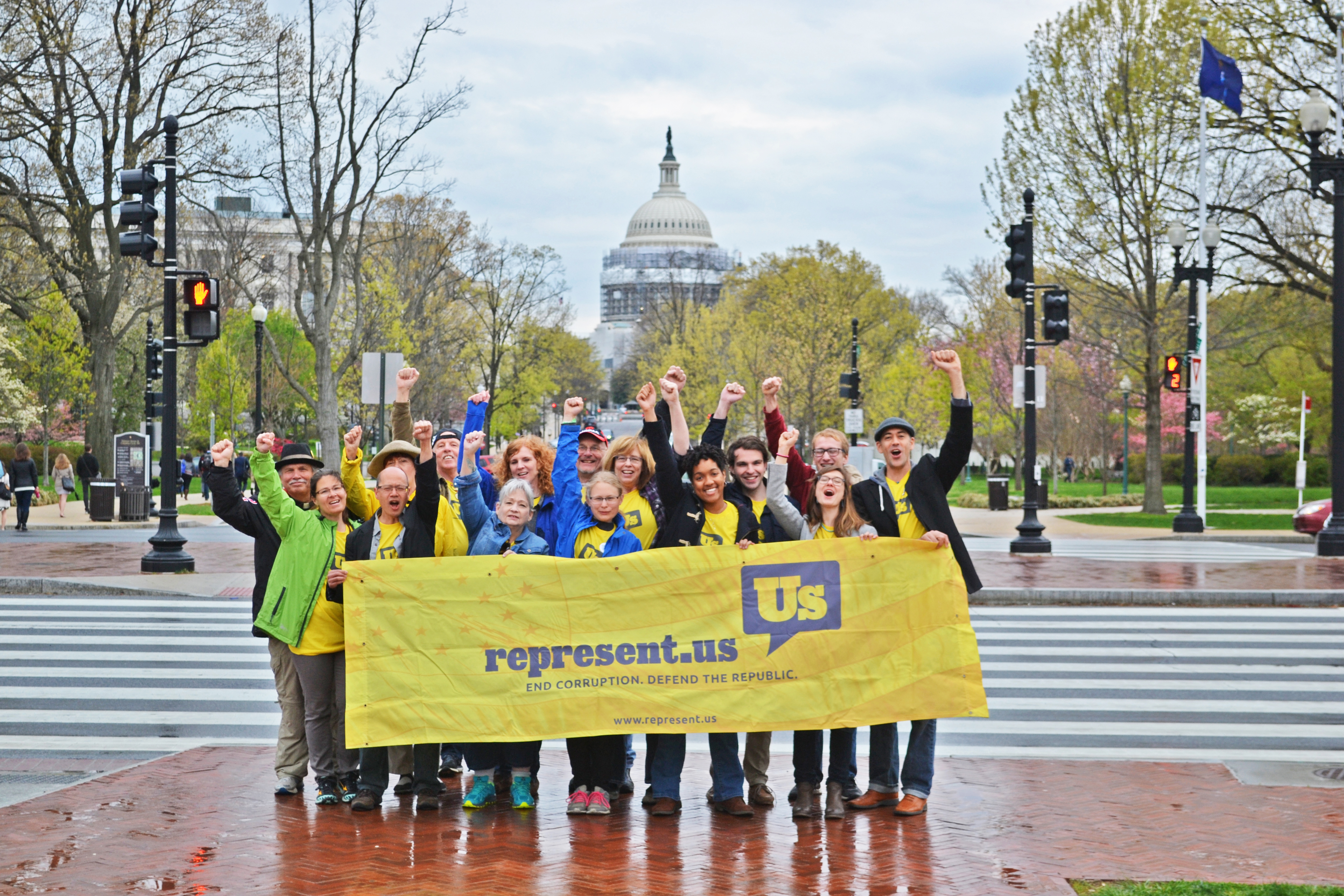 Election day 2019 brought a massive breakthrough for the anti-corruption movement, signaling a shift in the battle to fix our broken political system and hinting at another huge year in 2020.

The big headline of the night? New York City passed Ranked Choice Voting, putting more power in the hands of the voters and tripling the number of Americans using the new voting system.

Election day victories bring 2019's anti-corruption win tally up to 24. Here is a recap of what's happened across the country this year.

The biggest anti-corruption win of the night comes from the Big Apple: New Yorkers approved Ranked Choice Voting, tripling the number of Americans who can use RCV in upcoming elections. This marks the largest campaign in U.S. history to use Ranked Choice Voting.

Ranked Choice Voting is a simple reform that allows voters to rank candidates in order of preference. It means no more choosing between the lesser of two evils, ensures winners have support from the majority of voters, and saves taxpayer money.

Voters in NYC approved the system for primary and special elections in citywide and council races.

Local chapter Represent NYC joined a coalition of New Yorkers to pass this game-changing election reform. After months of work from local leaders, volunteers and democracy reform groups like FairVote and Common Cause New York, the Charter Revision Commission voted to put RCV Question 1 on the November ballot. The system will be implemented for New York City’s 2021 elections. 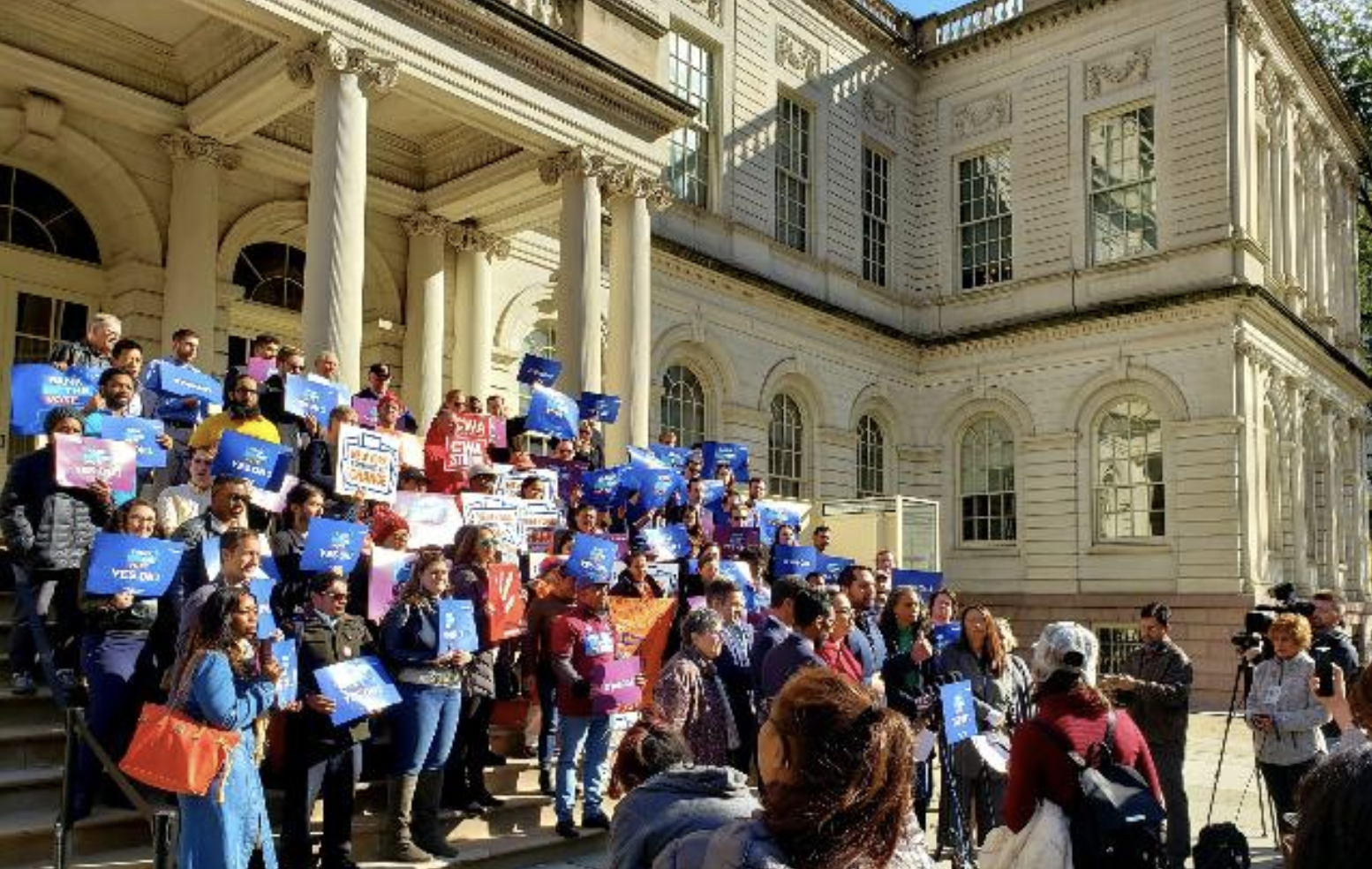 Along with New York, voters passed anti-corruption reforms in San Francisco and Easthampton Massachusetts. These reforms push back against special interests in our elections, giving voters more choice and stopping candidates from relying on big-money donors.

San Francisco passed a dark money ad disclosure & ethics law. In the city home to the tech companies publishing controversial political ads, voters passed a law to strengthen San Francisco's campaign finance and influence laws. The measure, championed by the Sunlight on Dark Money coalition has two primary purposes: It will create transparency by requiring groups that produce campaign ads to show their major funding sources, and it will root out conflicts of interest by preventing LLCs and those with an interest in certain city decisions, like zoning, from contributing to the officials with a role in making those decisions. Disclosure laws close a glaring loophole in the law that special interests exploit to influence voter opinions without telling voters who're paying for the ads.

Easthampton, Massachusetts residents voted to approve Ranked Choice Voting. RCV will be used in future Easthampton elections for Mayor and District City Councilor. Ranked Choice Voting gives voters more choices at the ballot, and encourages candidates to court the vote of the entire voter base.

In 2018, Americans passed more anti-corruption reforms than at any other time in U.S. history. This year, communities across the country continued the fight to fix our broken political system with 24 anti-corruption wins before election day even started.

From vote at home in Hawaii and Utah, to dark money disclosure in New Jersey and New Mexico, automatic voter registration in Maine and New Mexico, and anti-gerrymandering efforts in Virginia and North Carolina.

America is facing a corruption crisis. And people from all walks of life, across the political spectrum, are rising to the occasion and working together to fix it.

These big victories in 2019 are a signal of the road ahead, with campaigns already forming for the 2020 election cycle.

The wins of 2019 confirm the rise of the anti-corruption movement across the nation. New York's Ranked Choice Voting win paves the way for 2020 election reform campaigns, and volunteers are already working around the clock to put big reforms on the ballot next year.

This is how we fix America’s broken political system – city-by-city, state-by-state. The anti-corruption movement is succeeding because of people in communities across the country working together, and a national movement that's ready to back them up.

As we prepare for a wave of victories in 2020, people across the country can help set them up for success.

There are two ways to help:

RepresentUs and its chapters work across the country to bring voters from across the political spectrum together to champion local and statewide corruption reform initiatives. In 2020, RepresentUs will be working with more than 30 campaigns in over 20 states to champion effective measures that cut ties between politicians and the special interests and billionaires they are beholden to.

Together we are building a movement from the ground up and fighting for a political system that works for every American, not just a handful of well-connected billionaires.

We're going around Congress and passing local laws to fight corruption. Sign up to join the fight.
We take your privacy seriously. You will receive periodic updates from RepresentUs and you can unsubscribe from our emails at any time. Learn more about RepresentUs and the American Anti-Corruption Act.