But there’s another state that took a huge step toward adopting RCV on November 8: Colorado. The fourth-largest city in the state, Fort Collins, is on track to pass RCV for city elections. With six cities in Colorado now using RCV, the state is on a path toward better choices and representation. Led by grassroots leaders, this pro-RCV movement has already given hundreds of thousands of voters more say in their elections. And we’re just getting started.

Here's what happened in Fort Collins, where else RCV in Colorado has already succeeded, and how grassroots energy is driving it.

What was on the ballot in Fort Collins?

Voters in Fort Collins said “YES” to Measure 2C on Election Day 2022, which moves all local elections to RCV. RCV is a simple change to how we elect candidates that results in politicians who are more accountable to the voters. In RCV elections, voters rank candidates in order of preference. If a candidate gets more than 50% of first-choice votes they win – just like in our current electoral system. 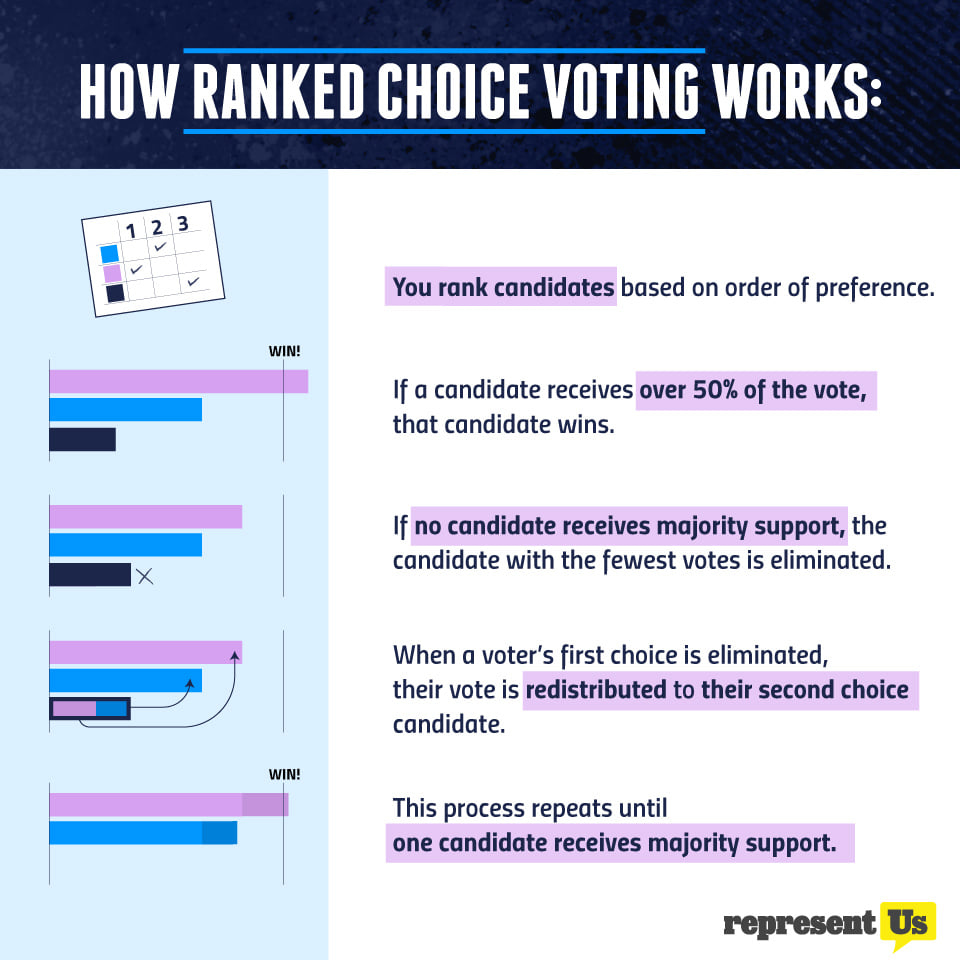 On an RCV ballot, voters have the option to rank candidates in order of preference. If no one gets a majority of first-place votes, the election goes to an instant runoff. The candidate with the fewest first-choice votes is eliminated, and their second-choice votes are redistributed. This process continues until someone wins a majority.

In the last 25 years, one-third of Fort Collins races featured more than three candidates. More than 60% of the time in those races, the winner didn’t get a majority of the vote. But with Measure 2C passing, that will never happen again. Fort Collins city officials will now be guaranteed to have the support of a majority of their constituents. The end result is a better, more functional government.

Could Colorado be the next state to pass RCV?

With the victory in Fort Collins, six cities in Colorado are on track to use RCV to elect their representatives. With local victories piling up, Colorado could be nearing a tipping point to pass RCV statewide.

For the moment, Alaska and Maine are the only places that use RCV for statewide elections. Alaska’s move to RCV received significant attention this summer when the state held its first election using RCV, in a special election to fill the late Rep. Don Young’s seat. More importantly, Alaska’s first RCV election produced a winner that 51.5% of voters chose, and featured higher turnout than the last three primaries.

Could Colorado be next?

Everyday Coloradans are leading the way toward better elections

These victories also highlight how everyday Coloradans are leading the movement toward better elections and representation. In 2021, RepresentUs and partners helped pass RCV in Broomfield, and Boulder did the same in 2020.

This progress did not happen overnight. The leaders behind the Fort Collins RCV movement started organizing nearly half a decade ago as a RepresentUs chapter. Through tireless advocacy and dedication, they’re on the cusp of securing yet another victory for better representation in their community.

We want to thank all of our wonderful volunteers, who were able to host more than 50 events around Fort Collins. Educating people is key to making sure RCV passes, and we could not have gotten the word out without the support of a strong local coalition. 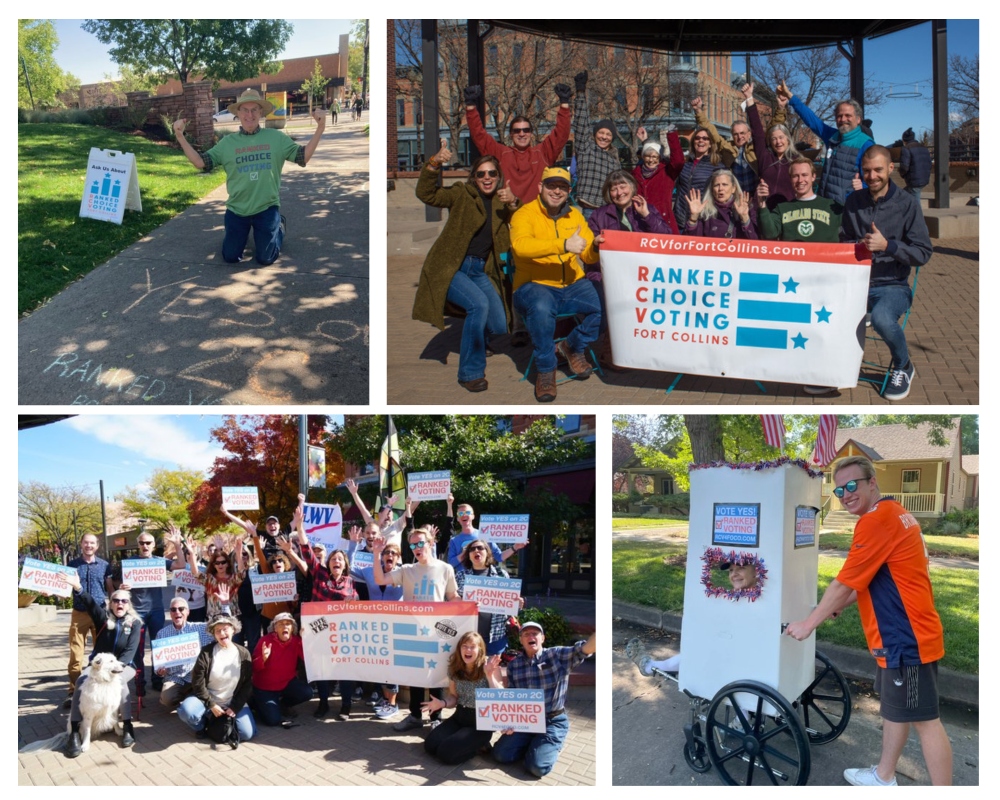 But don’t just take our word for it.

Talking about how RCV will help her community, volunteer Lauren Zitney said, “We'll have representation that better aligns with the desires of our residents! Who doesn't want that? Isn't that what democracy is all about? Fair representation. RCV is such a simple upgrade to the way that we do things, and requiring candidates to receive at least 50% of the vote to win seems so obviously fair that it's almost funny we don't do it already.”

Volunteer Janet Schultz added, “I have done months of canvassing in our community this past year. The vast majority of my conversations with folks that are completely new to RCV always have a ‘light bulb’ moment. They specifically love that RCV would allow them to vote with their heart first and then their head second, thus making the concept of a ‘wasted vote’ or ‘holding your nose and voting’ a thing of the past.”

The success of the organizers in Fort Collins and other Colorado cities can be replicated around the country. Colorado is a great example of how small victories can gather momentum into statewide, and even nationwide, wins for positive change. Over the last ten years, RepresentUs members have racked up more than 160 state and local victories. Following the midterm elections, that number is up to 170. Change is possible, and you can make it happen.

If you would like to join RepresentUs in supporting more campaigns to bring power to the voters there couldn’t be a better time. A group of generous RepresentUs donors have pledged to MATCH every donation we receive before the end of the year, so don’t wait! Make your year-end gift today to maximize your impact on our movement!