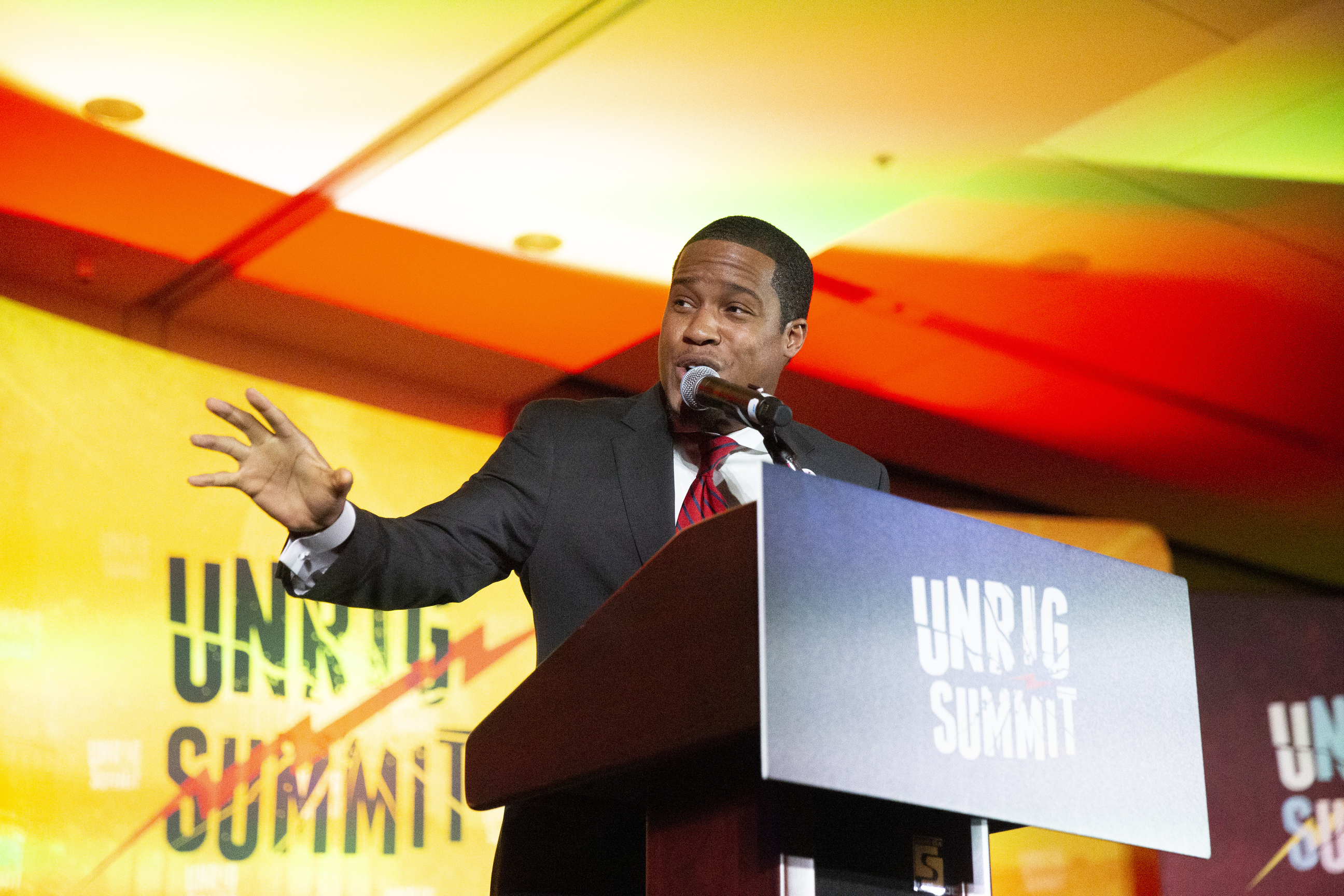 Renaldo will lead major projects with RepresentUs to advance the increasingly urgent democracy “movement of movements” that unrigs elections and fixes America’s corrupt political system. As the DEA, Renaldo will play a lead role for RepresentUs organizing major events, building coalitions, recruiting and mobilizing volunteers, and working in collaboration with partners and collaborative organizations across the country.

“We are thrilled to welcome someone with Renaldo’s experience and insights into the fight for a government that works for every American,” said Josh Silver, Co-Founder and Director of RepresentUs. “We are confident in his ability to build robust partnerships from across the aisle and across the country. Renaldo’s experience will add to the historic momentum of people-powered anti-corruption reforms across the country.”

Born in Washington, DC and raised in both DC and Fort Washington, MD, Renaldo previously served as the youngest college administrator and Social Engineer-in-Residence at Harvard University (where he was selected to represent the university as keynote speaker at the international conference on residential education at The University of Hong Kong in 2016) before leading Democracy Spring as Co-Mission Director.  He has extensive experience building coalition movements for lasting social change. Pearson was the youngest member and spokesperson of the historic 200-member #EndMassIncarceration coalition that pushed the Obama administration to embrace criminal justice reform, and joined the 140-mile march and historic 1,300-person strong sit-ins at the U.S. Capitol (against voter suppression and the corrupting influence of big money in politics) that was the beginning of Democracy Spring in 2016. His speeches and freedom-song-infused nonviolent direct action workshops have energized and filled rooms from the Unrig Summit to last year’s International Anti-Corruption Conference in Copenhagen, Denmark.

In his speech at the inaugural Unrig the System Summit last year, the 50th anniversary year of Dr. King’s assassination, Pearson resurrected Dr. King’s undelivered sermon, “Why America May Go to Hell,” and boldly juxtaposed it to his new framework for the democracy movement, “The 7 Deadly Sins of American Democracy.” Global think tank and government corruption watchdog Transparency International has since credited that speech and framework for becoming “a touchstone for thousands of anti-corruption and pro-democracy activists around the country.”

Most recently, on March 8, 2019, at Speaker Pelosi’s invitation to represent Democracy Spring, he stood behind House Democrats at the pre-vote press conference and watched from the House Gallery during their vote to pass the historic H.R.1, The For the People Act — advancing virtually all of the anti-corruption and pro-democracy countermeasures to “The 7 Deadly Sins of American Democracy.”

Having led Democracy Spring in the movement from protest (#FixDemocracyFirst) to legislation (#HR1), he now joins forces with RepresentUs to realize what he calls “the fierce urgency of collaboration” in order to defend our democratic-republic from corruption and finally win a government for, by, and of the people.

“The energy of RepresentUs and its community supporters and stakeholders is simply remarkable,” said Renaldo Michael Pearson. “I’m particularly drawn to the demonstrated commitment to uplift leaders from historically marginalized and underrepresented communities from Desmond Meade of the Florida Rights Restoration Coalition to Dina Butcher of North Dakota’s Badass Grandmas, Katie Fahey of Michigan’s Voters Not Politicians to Tequila Johnson of Tennessee's The Equity Alliance. This grassroots strategy helped to pass an unprecedented 23 anti-corruption measures across the country last year to make the system work better for everyday Americans and their families—and not just special interests benefitting from a rigged system. Together we can change this vicious cycle before it’s too late. I am honored to join this incredible, mission-driven team.”

A proud 2011 graduate of Morehouse College (the alma mater of Dr. Martin Luther King Jr.), Renaldo is a published writer whose columns and insights have been featured on the front page of HuffPost. He co-founded the Boston Democracy Circle (a heart and brain trust for local champions of democracy) with Frances Moore Lappé, helped to inspire the new support ecosystem for “Democracy Entrepreneurs” as a founding consultant, and now serves on the boards of Voter Choice Massachusetts (advancing ranked-choice voting), Free Speech TV, and SMART Elections (advancing secure and accurate elections).

He is featured in award-winning filmmaker Josh Tickell’s new book and film, The Revolution Generation: How Millennials Can Save America and the World (Before It’s Too Late), and counts his proudest achievement as the moment his new fiancée (and Huntsville, Alabama-based broadcast meteorologist) Jessica Faith said “yes.”

RepresentUs is the nation’s largest grassroots anti-corruption campaign, bringing together conservatives and progressives to pass anti-corruption laws across the country. In 2018, we helped pass 23 anti-corruption measures—a historic year for the movement. Headquartered in Northampton, MA, we also have staff in San Francisco, CA, Los Angeles, CA, Washington, DC, and New York, NY.