Voters deserve to weigh in on ranked choice voting in New York City. Urge Mayor de Blasio to support adding it to the November ballot. 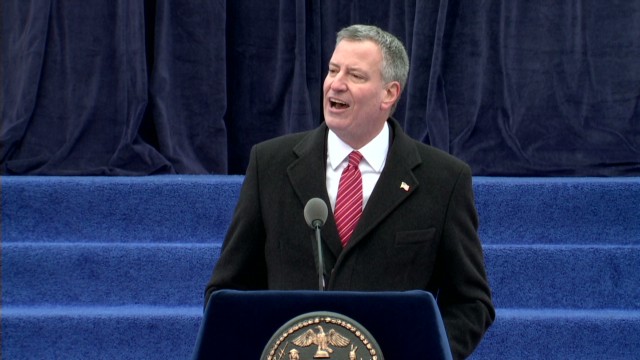 The NYC Charter Revision Commission is still deciding whether to let voters have a say on ranked choice voting, and an endorsement right now from Mayor Bill de Blasio would carry great weight.

Ranked choice voting is a simple change for voters that ends the two-party duopoly and stops the spoiler effect - so you can vote for your favorite candidate without worrying about "wasting" your vote. It's already used in the state of Maine and major cities including San Francisco, Minneapolis, Santa Fe and more.

The Charter Revision Commission is appointed by the mayor, city council speaker, comptroller, and borough presidents, which means getting an endorsement from Mayor de Blasio would be a huge help as they consider whether to put ranked choice voting on this November's ballot.

Add your name now: Urge Mayor de Blasio to support putting ranked choice voting on the November ballot and give voters the chance to weigh in.

We urge you to support the effort to put ranked choice voting on the November ballot and give New York City voters the chance to weigh in on critical improvements to our voting system.

Voters should get the opportunity to decide for ourselves whether we want to use ranked choice voting in city elections. The Charter Revision Commission is deciding whether to add this question to the ballot, and we fully support its addition.

As the Mayor, you have an influential voice - please speak out in support of letting New Yorkers weigh in on ranked choice voting this November.