A new RepresentUs analysis of Census data from the 2020 election reveals that the Freedom to Vote Act would directly address barriers to voting for 6.5 million registered Americans. The report finds that the Freedom to Vote Act’s provisions on accessible voting locations, no-excuse mail-in ballots, and drop boxes would do the most to expand voter access. Elections are often decided by just a few thousand votes, as we saw in close races across the country this cycle.

“This analysis shows us tangible ways our leaders can and should protect Americans’ freedom to vote. Whether it’s voting early, by mail, or on Election Day, Americans have the right to convenient and secure options for making their voices heard,” said Josh Silver, RepresentUs co-founder and CEO. “Passing Sen. Joe Manchin’s Freedom to Vote Act would ensure that every American can cast a ballot securely and without unnecessary obstacles. It’s time for the U.S. Senate to pass this historic and popular bill by any means necessary.” 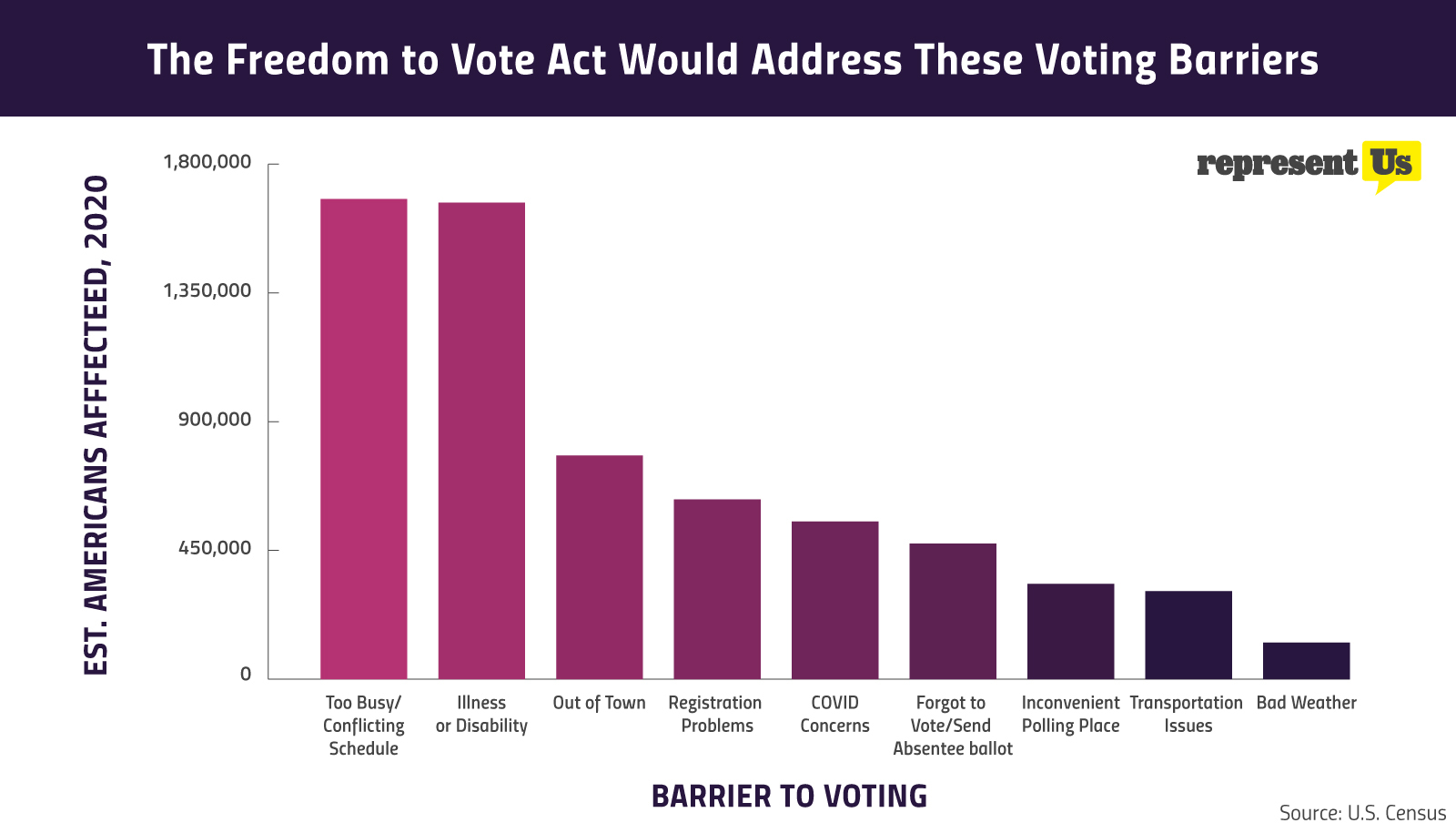 Topline findings in the report include:

The Freedom to Vote Act would fix American democracy by curbing the influence of dark money in elections, ensuring baseline voter access, ending gerrymandering, and making Election Day a holiday. The historic bill would put an end to 19 anti-voter bills passed this year by state legislatures. Passing the Freedom to Vote Act will likely require fixing the filibuster. A RepresentUs analysis of state senate filibuster rules could provide the U.S. Senate with ideas for filibuster reform.

RepresentUs is the nation’s largest grassroots anti-corruption organization, bringing together conservatives, progressives, and everyone in between to pass anti-corruption laws in cities and states to stop political bribery, end secret money, and fix our broken elections.