The Senate just announced a landmark pro-democracy bill called the Freedom to Vote Act. It’s a massive leap forward in our fight to protect democracy.

Here’s what the Freedom to Vote Act will accomplish:

These provisions are powerful and transformative, and if passed the bill would be the most impactful pro-democracy law in generations.

But will it pass? This is how we get to the finish line:

RepresentUs members are working hard to make sure the Freedom to Vote Act becomes law. Over the last several months, we’ve sent nearly 25,000 messages and made more than 10,000 calls to Congress urging them to pass the critical democracy reform. We bought dozens of billboards in West Virginia to pressure Senator Manchin to protect democracy.

We reached millions of Americans with educational videos and social media campaigns, including a video from the dystopian future featuring Katy Perry and Orlando Bloom. The video even premiered in Time Square and was aired on the Rachel Maddow Show, with additional press coverage from The Hill, People, Huffington Post, and more.

And hundreds of Americans gathered in cities across the country to demand Congress protect our democracy. 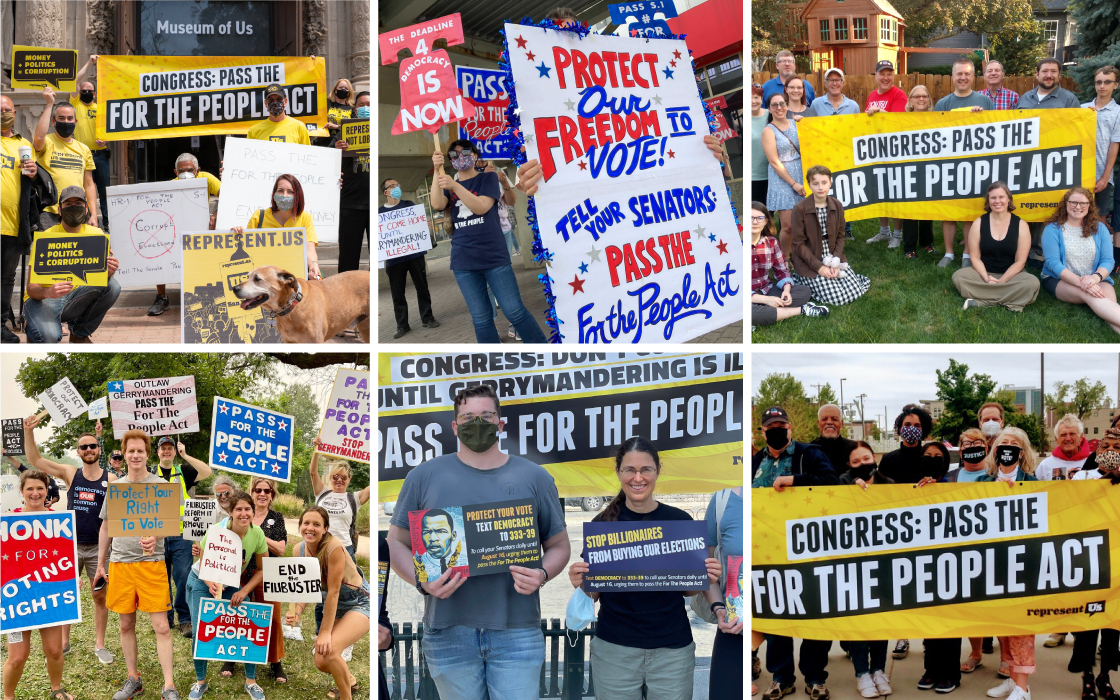 These efforts paid off and were a critical reason that Senator Manchin supports the bill that is now moving forward in Congress. We still have more work to do to get this over the finish line, but we are so close!

Help pass the Freedom to Vote Act. Send a message to your senators now urging them to vote YES when the bill comes to a vote.