On August 6th, 1965, America passed the Voting Rights Act. This landmark victory secured greater voting rights for all Americans, protecting the right to vote nationwide. But amid election security concerns, voter purging, and an increasingly corrupt political system, these freedoms are once again at risk.

That’s why 54 years later, on August 6th, 2019, Renaldo Pearson embarked on a 600-mile walk to raise the alarm and save our democracy.

Why We’re Calling 911 on American Democracy 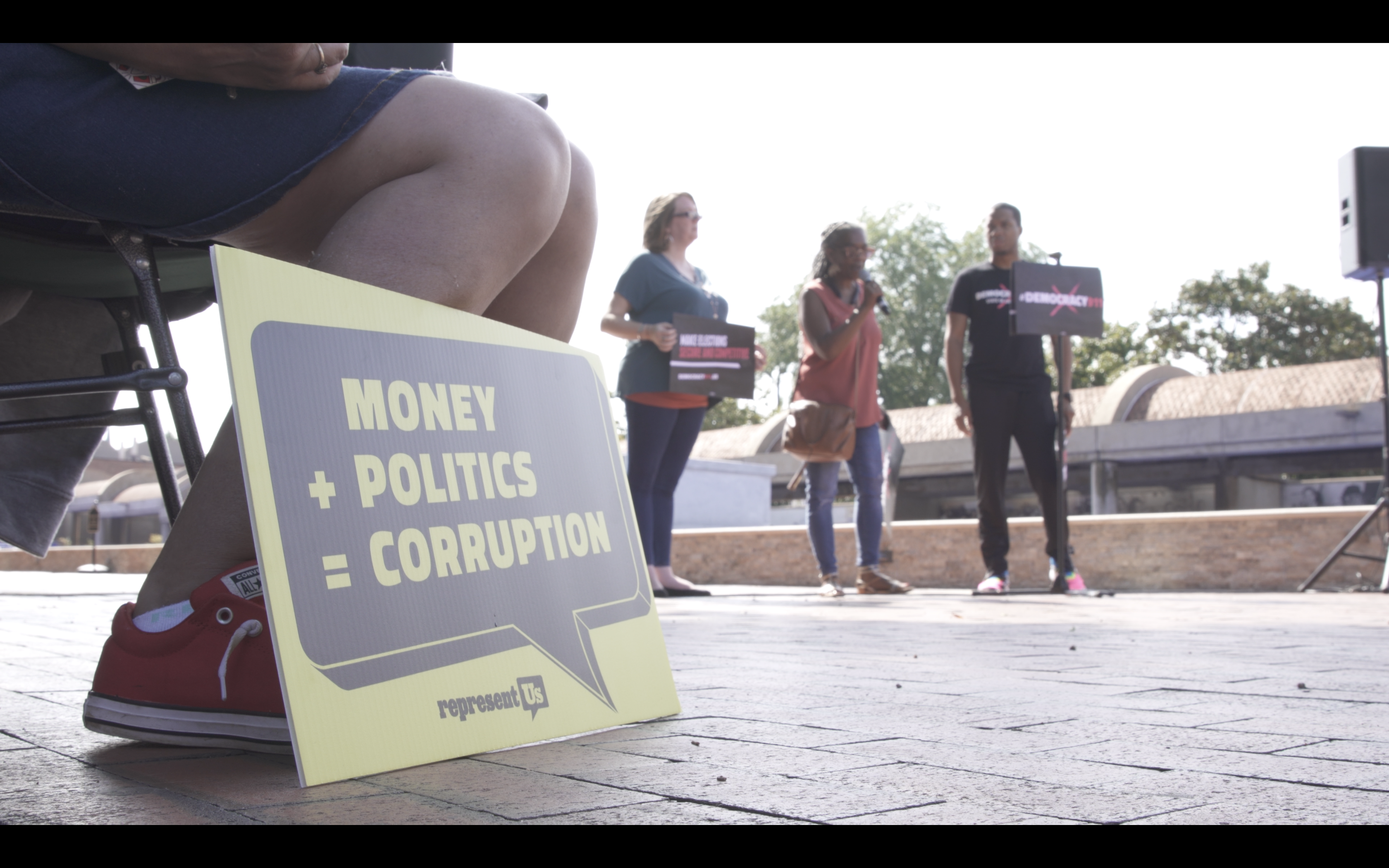 “American democracy is now in a state of emergency. Polling places are closing en-masse nationwide, voters are being purged from the rolls, partisan gerrymandering continues unencumbered, and foreign powers are attacking what is left of our elections. Virtually every issue Americans care about is stuck because of our rigged political system.”
— Renaldo Pearson

As Americans, our most fundamental rights—the right to fair representation, and to choose those who represents us—is under threat.

In the half-century since the Voting Rights Act was passed, Supreme Court rulings have gutted and undermined its principles. Just this past June, the Court failed to protect Americans from destructive partisan gerrymandering—the practice of strategically drawing district maps to keep a particular party in power despite the will of the voters. And since 2008,16 million people have been purged from voter rolls and 15,000 polling places have closed nationwide.

What’s more, a two-party duopoly controls our elections, our outdated elections systems have proven vulnerable to foreign meddling, lobbyists write our laws, politicians pander to special interests instead of fighting for everyday Americans, and legalized corruption prevents progress on nearly every issue voters care about.

What we are seeing is unprecedented. We are now the first generation of Americans to see our country become more corrupt. The Economist Intelligence Unit’s Democracy Index reports that the U.S. is no longer a “full democracy.” Similar conclusions are echoed by Freedom House, The Electoral Integrity Project, Transparency International and even the bipartisan Democracy Project.

We don’t have time to lose. We need to sound the alarm. We’re calling 911 on American democracy.

From Atlanta, Georgia to the Steps of the Capitol 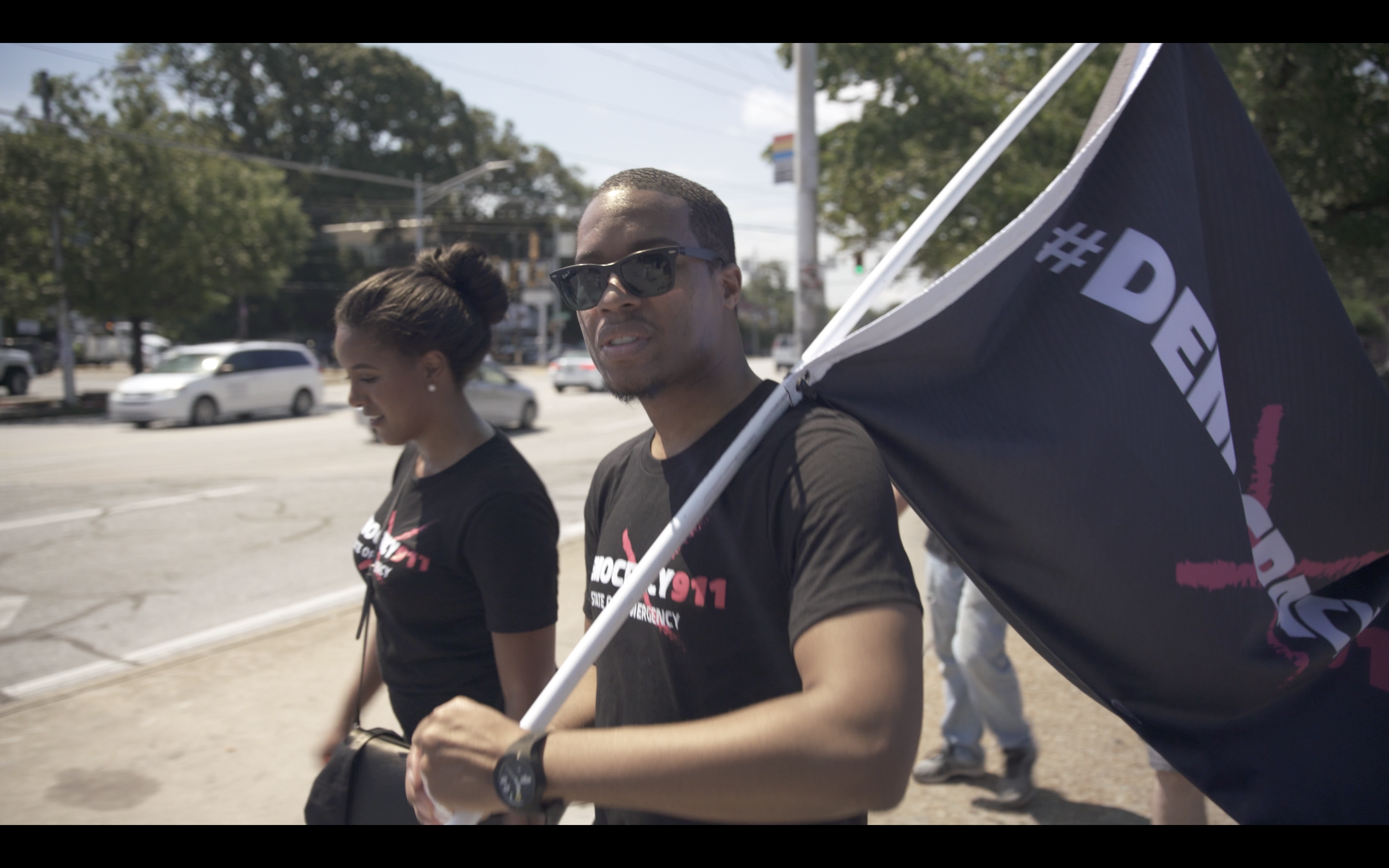 “This is the time for us to call 911 on our democracy and fight for our right to representation. As a Morehouse College alumnus, I have been a student of civil rights movement history and a practitioner of Kingian nonviolence ever since graduating in 2011. Dr. King still speaks to us from the grave today: ‘To accept passively an unjust system is to cooperate with that system…’”
— Renaldo Pearson

Renaldo Pearson has long been urging action against the corruption that plagues our country. A longtime activist and community organizer, Renaldo knows that a government of, by, and for the people must be one beholden only to the people, not special interests and lobbyists. He has extensive experience building coalition movements for lasting social change. 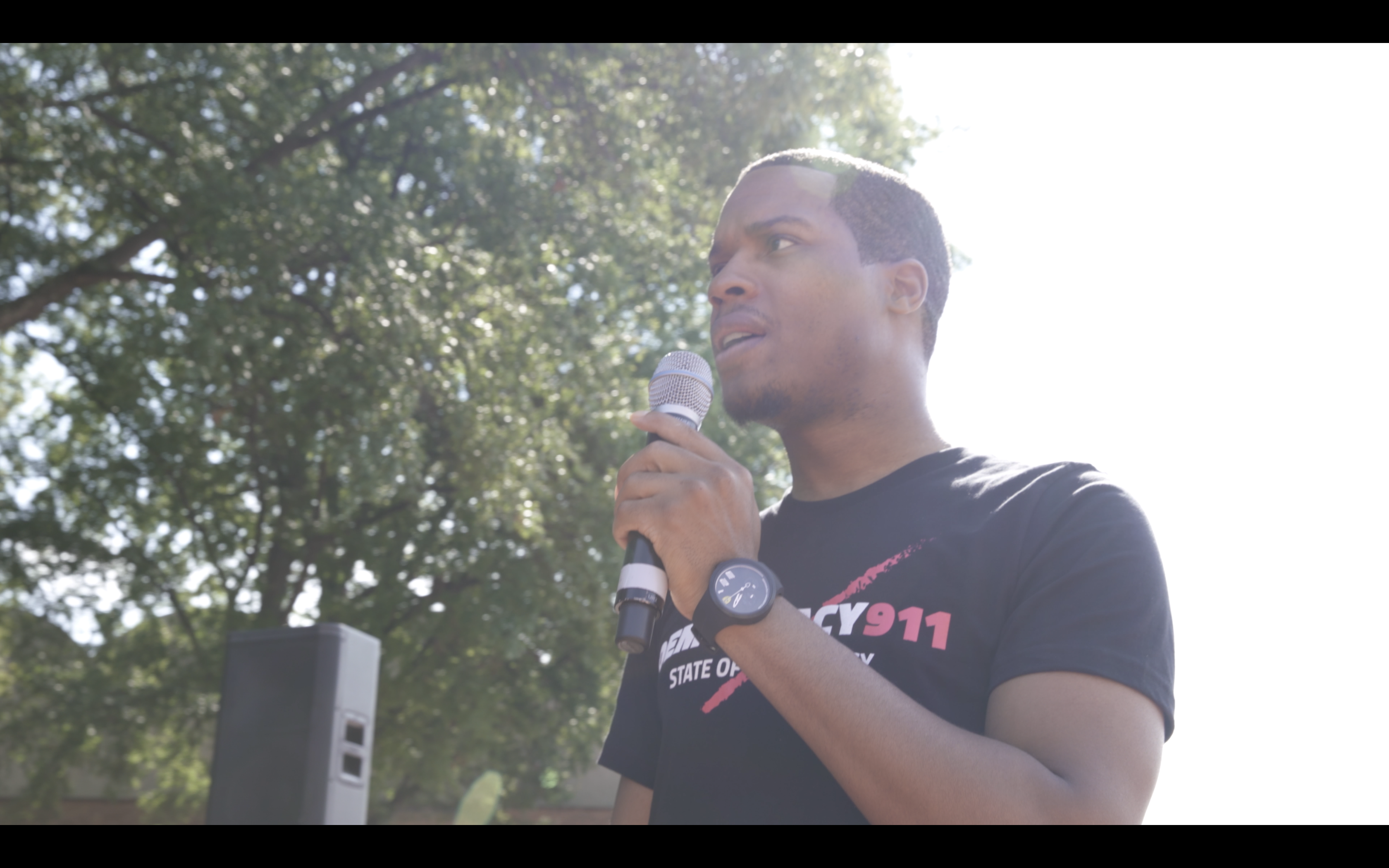 Born in Washington, DC, and raised in both DC and Fort Washington, MD, Renaldo began his career as the youngest college administrator and Social Engineer-in-Residence at Harvard University. He’s proven to be a powerful voice of his generation, becoming the youngest member and spokesperson of the historic 200-member #EndMassIncarceration coalition that pushed the Obama administration to embrace criminal justice reform.

He went on to join and lead Democracy Spring, the largest American civil disobedience action this century that saw 1,300 people arrested on the Capitol steps at the culmination of a 140-mile march. His speeches and freedom-song-infused nonviolent direct action workshops have energized and filled rooms, including at this past Unrig Summit in Nashville—a solutions-oriented summit focused on solving America’s political crisis.

His work and words have echoed with people around the country. His impact is palpable, and he’s just getting started.

Now, Renaldo is embarking on a journey to save democracy. 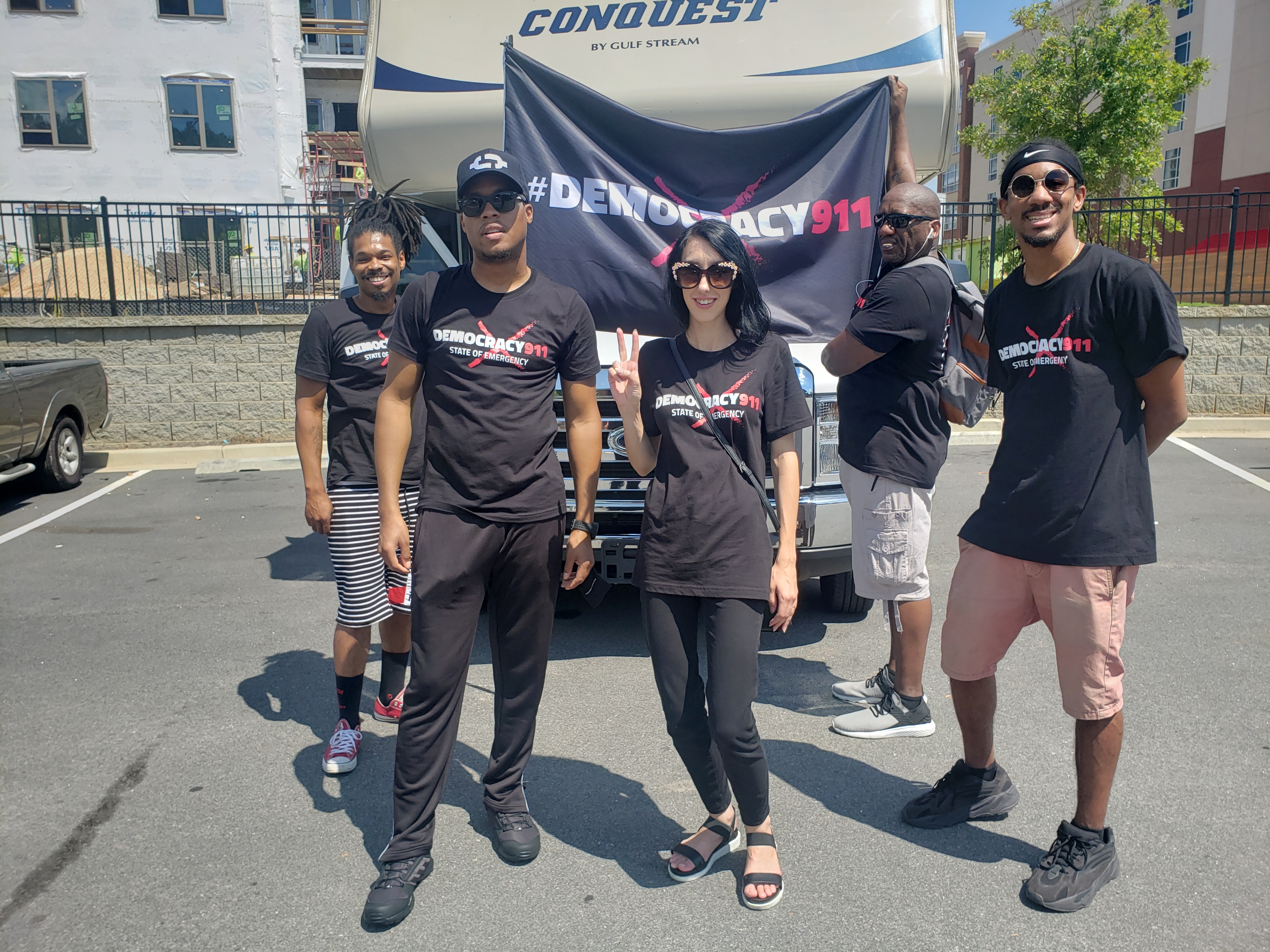 Renaldo and the Democracy911 team on Day 1!

Starting on the 54th anniversary of the Voting Rights Act, Renaldo and other volunteers are walking from Atlanta, Georgia—the final resting place of Dr. King and where the infamous 2018 election purges and voter suppression made the state ground zero in our fight—to Washington, D.C.

The walk is over 600 miles, and will culminate on September 24, National Voter Registration Day. From the steps of the nation’s capital, Renaldo will push for action. 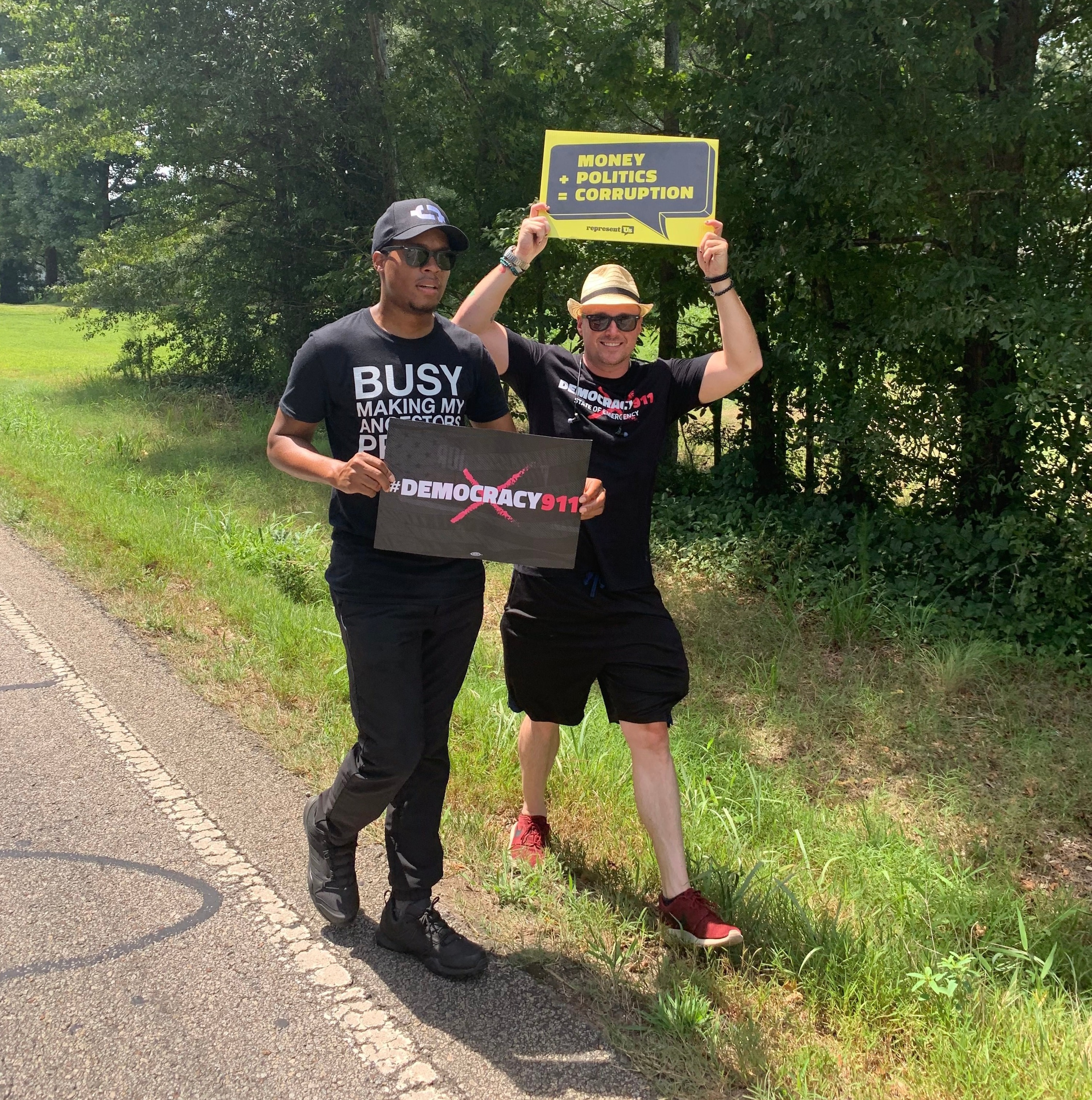 These Are Our Demands 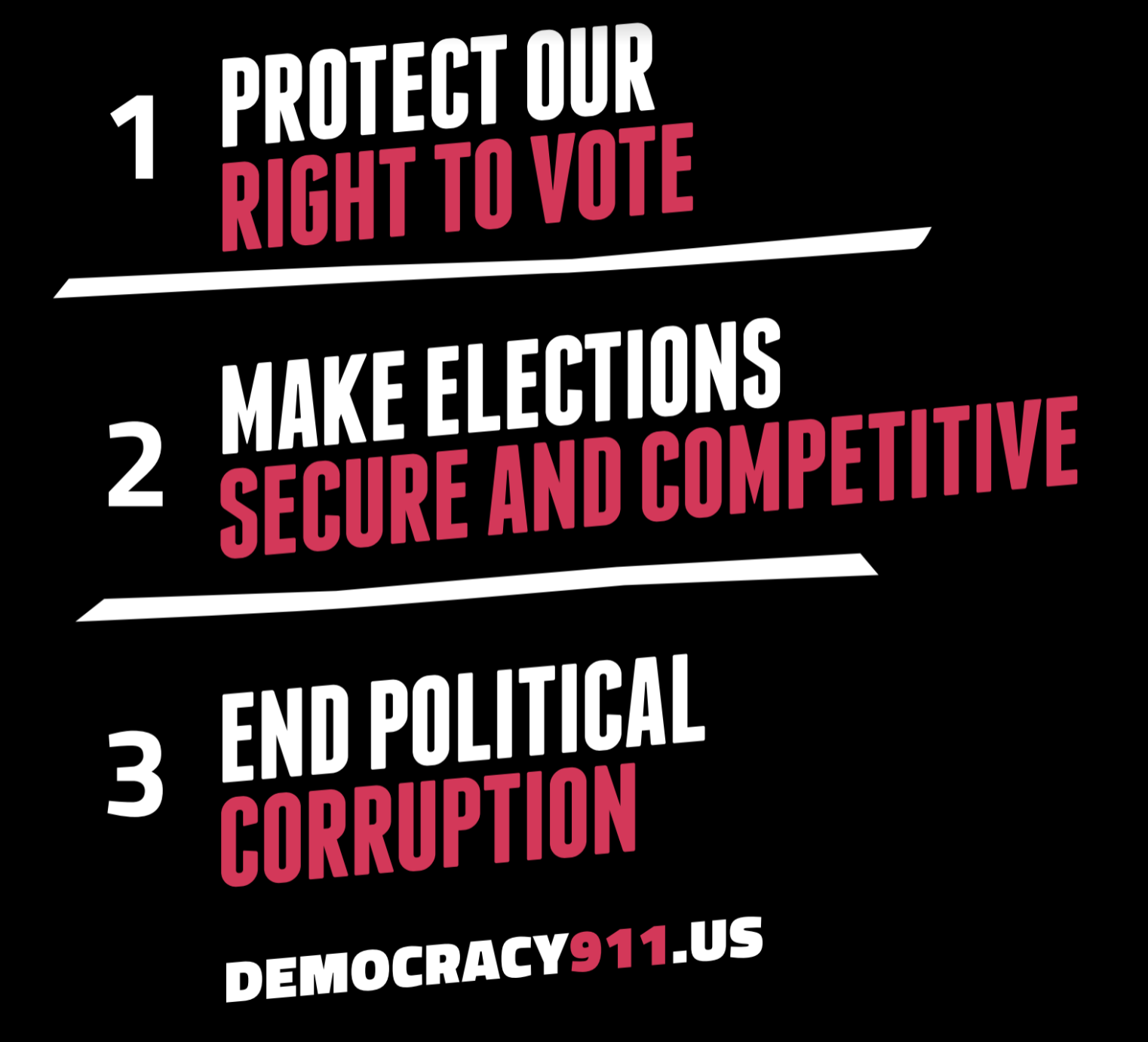 We plan to arrive in D.C. on National Voter Registration Day. There, we will sit on the steps of the Capitol building until our leaders agree to support our demands. If they arrest us, we will pay our bail and return.

The verdict couldn't be any clearer: it's time for the government to represent us. Our leaders should:

Protect our Right to Vote:

End secret donations, close the revolving door between government and lobbying, and create democracy vouchers that make politicians dependent on constituents instead of big money donors. 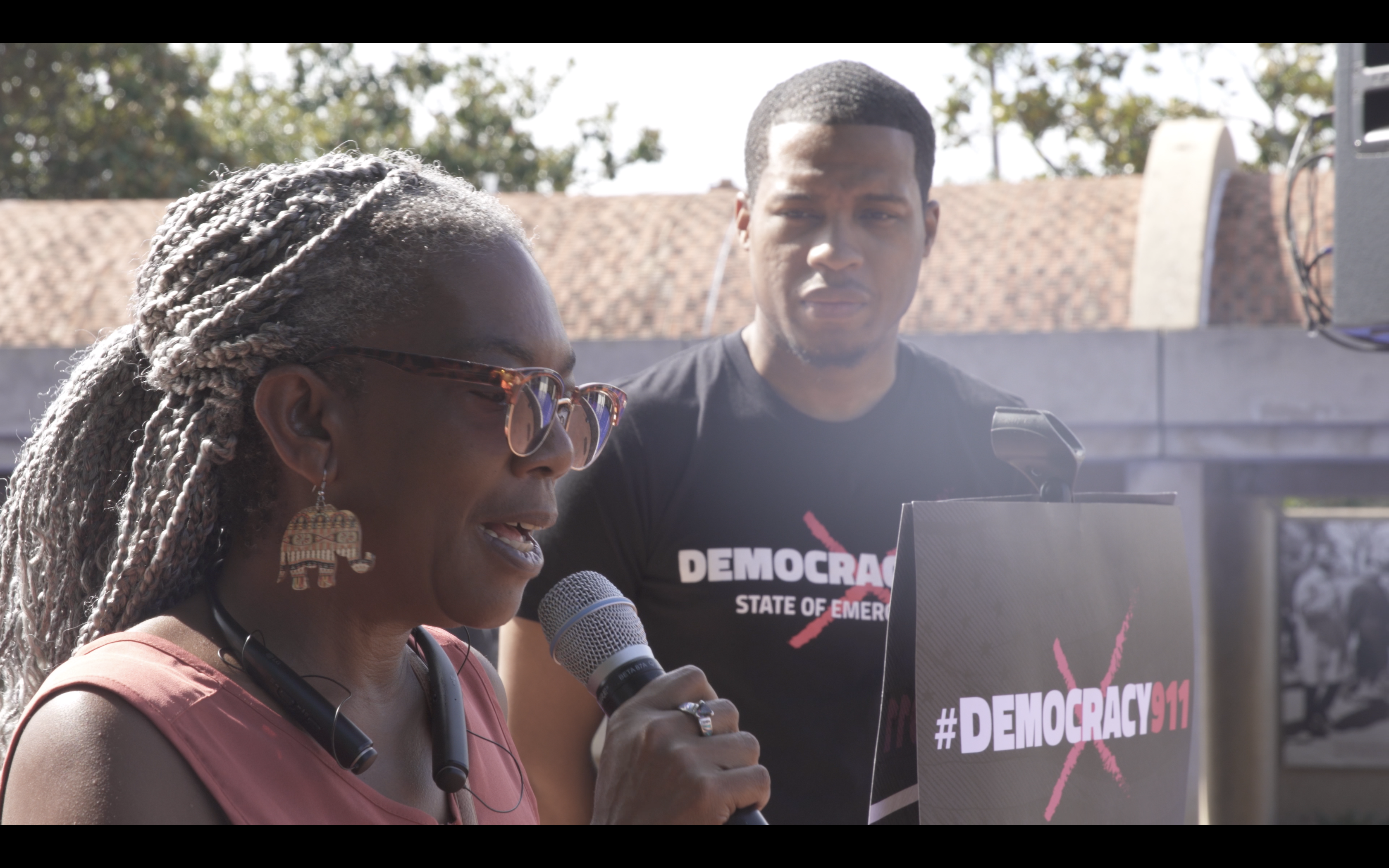 Over three quarters of American voters want to see anti-corruption reforms enacted at the federal level. Our elected officials have a duty to represent us, the American people. When our politicians fail us, we turn to action. And when we work together, when we cast aside partisanship and return to the heart of what our country stands for, we can win.

The Anti-Corruption movement has already made impressive progress in passing state and local laws around the country to stop political bribery, fix our broken elections, and end secret money. Now, we’re demanding that national leaders heed our call to fix our broken democracy. 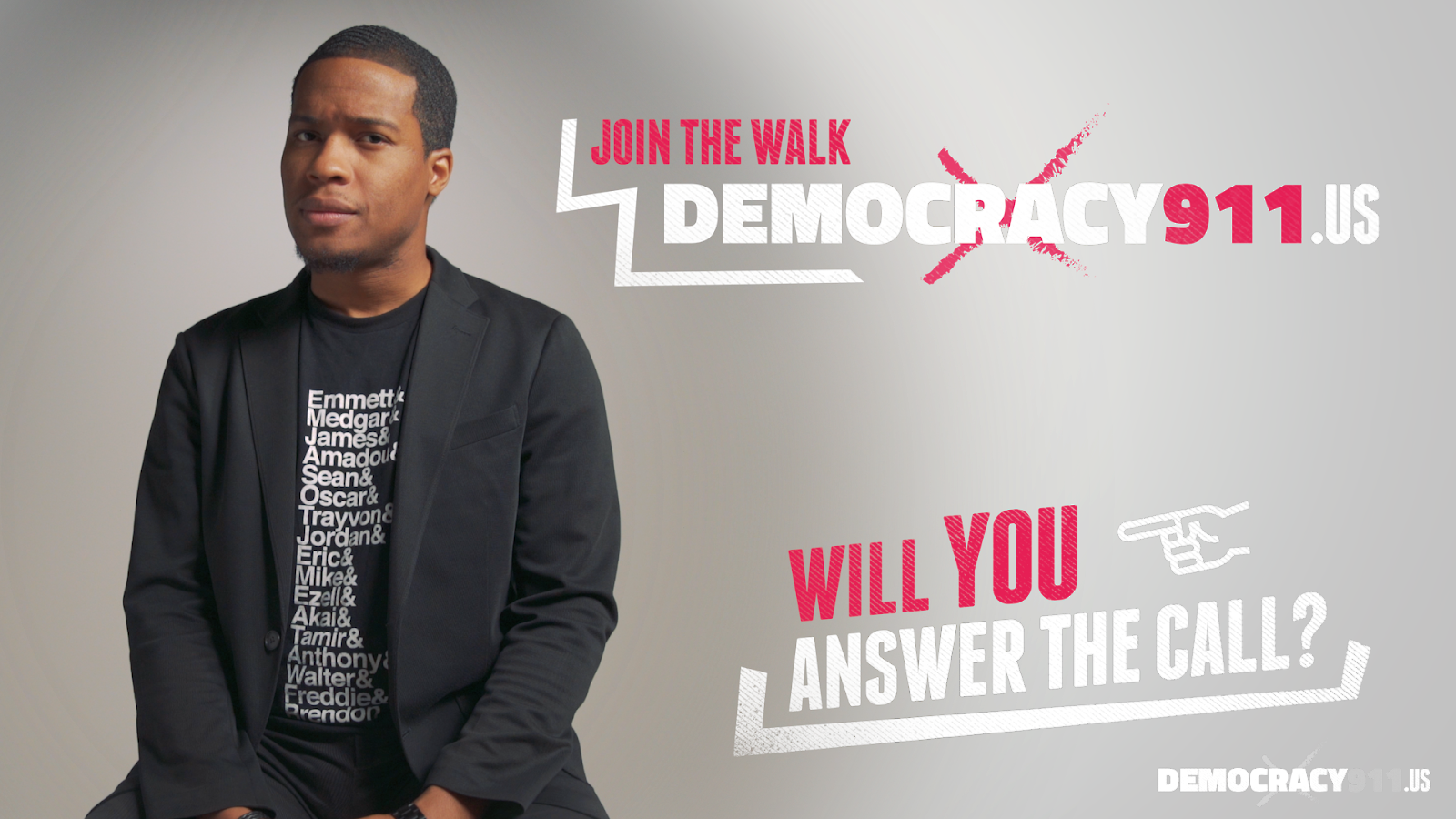 In the history of this country, the demands of the many have outweighed the injustice of the few—but only when thousands of us spoke with a united voice.

Renaldo is walking 600 miles from Atlanta, Georgia to Washington, D.C. If you’re able to, join him along the walk for an hour, for a day, or whatever is comfortable for you... And if you can’t join the walk? We still need you.

Your support virtually can be as important as it is in person. Beyond making a donation to support Renaldo and our volunteers on the ground, you can share the video with your friends and family to help spread the word about Democracy911, and our fight for the future of our country.