The actor and voting rights activist star in Unbreaking America: Justice for Sale, a new short film from RepresentUs, at a moment when 91% of Americans want criminal justice reform.

New York, NY (June 16, 2020): America locks up more people than any nation in the world: a horrifying 2.3 million. 7x more people are locked up today than during the crime-plagued 1970s, in spite of dropping crime rates. Why? Because prison is BIG business. U.S. private prisons alone make $6 billion a year in revenue.

Award-winning actor Omar Epps has had enough. Together with preeminent voting rights activist Desmond Meade, who in 2018 successfully led the campaign to restore voting rights to 1.4 million inmates in Florida, Epps announces the latest installment in Represent Us’ film series, Unbreaking America: Justice for Sale.

“The greed of corporations profiting from keeping people incarcerated, including the dirt-cheap labor inmates provide them, and the corrupt politicians benefiting from them has created the crisis that is our criminal justice system today,” said Epps. “The current system is akin to pre-Civil War slavery.”

In Unbreaking America: Justice for Sale, Epps details the entities that profit from incarceration including big Pharma, police unions, private prison companies, and other corporations that have vested interests in long prison sentences for inmates. They, in turn, lobby judges and elected officials whose election campaigns need their donations to win races, resulting in legal decisions that penalize those caught in the system—even for non-convicted criminals. 90% of people arrested can't afford bail and stay in jail, losing their jobs often for crimes they did not commit. On any given day, half a million people who haven't been convicted of a crime sit in jail.

The film, produced by leading right-left anti-corruption organization RepresentUs, lays out that if nothing changes, the possibility of going to jail will soon be 1 in 4 for black men, 1 in 6 for Latino men, and 1 in 17 for white men—all while crime rates decline.

Unbreaking America: Justice for Sale comes at a time when America is experiencing a pivotal moment for racial justice, with our criminal justice system at the forefront. The injustice of mass incarceration is rooted in the corruption of our broken political system.

The film also details how private incarceration industries, drug companies, prosecutors' associations, and police unions write America’s prison policies so that they can keep turning a profit and protecting their power, regardless of what the voters want. Profiting from mass incarceration, they lobby politicians and judges for longer sentences, stricter laws, and tougher law enforcement. This year private prison companies alone are projected to make 6 billion dollars in revenue.

“With the public convergence of racial justice, a broken criminal justice system, and a dysfunctional political system, this is the moment that “we the people” wrest back control of our democracy from corrupt politics, profiteers of mass incarceration, and those who refuse to eradicate racism,” said Desmond Meade, who co-stars.

Meade is President and Executive Director of the Florida Rights Restoration Coalition, Floridians for Fair Democracy Chairman, a TIME 100 honoree, and an attorney. In 2018, Meade led a historic victory to restore voting rights to 1.4 million inmates in Florida. In the film, Meade offers the strategy to root out corruption in America:  passing state-by-state reforms including closing ties between elected officials and private industries, banning lobbyist gifts to politicians, and enfranchising more voters.

You can watch Unbreaking America: Justice for Sale here. 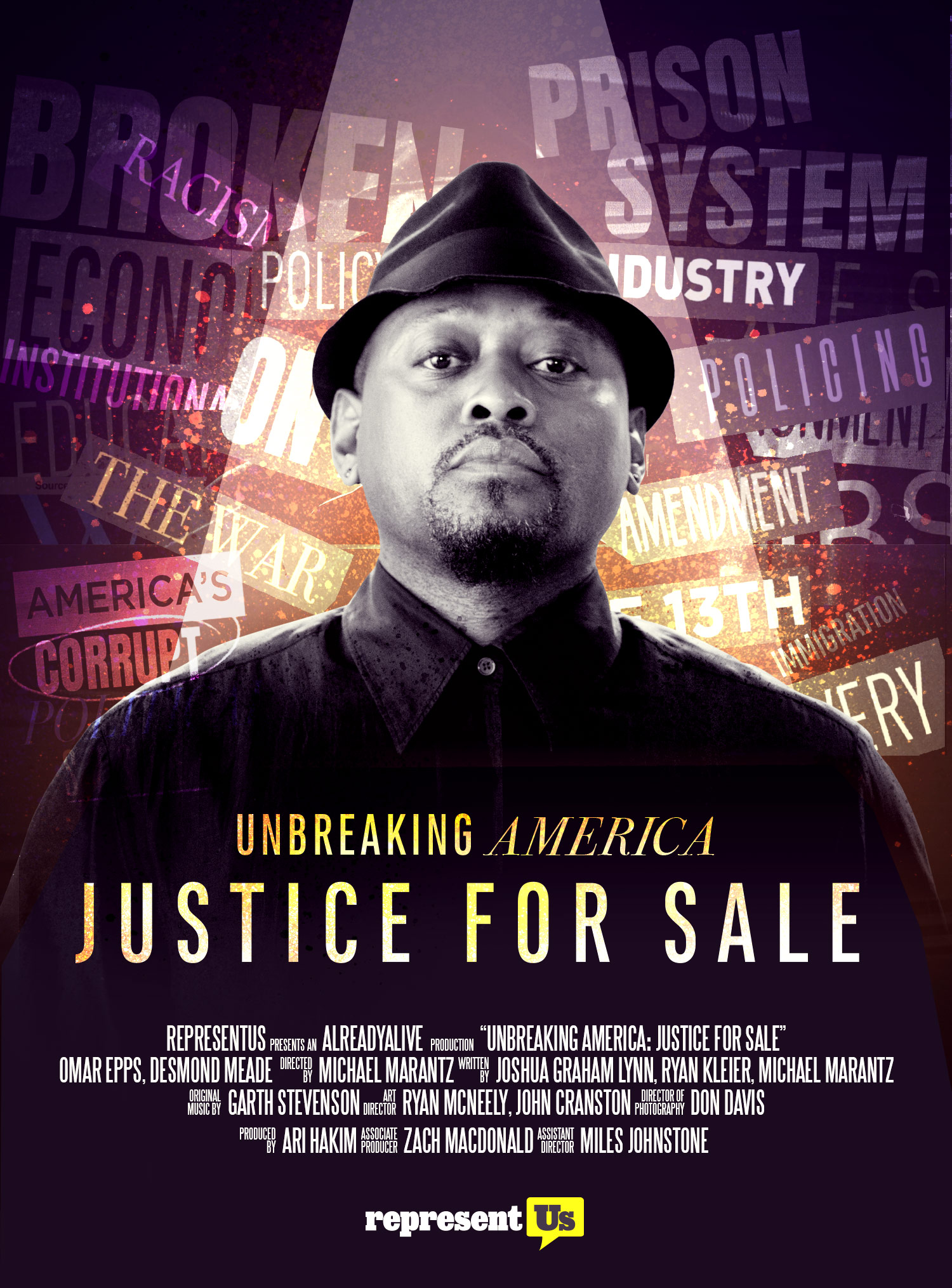