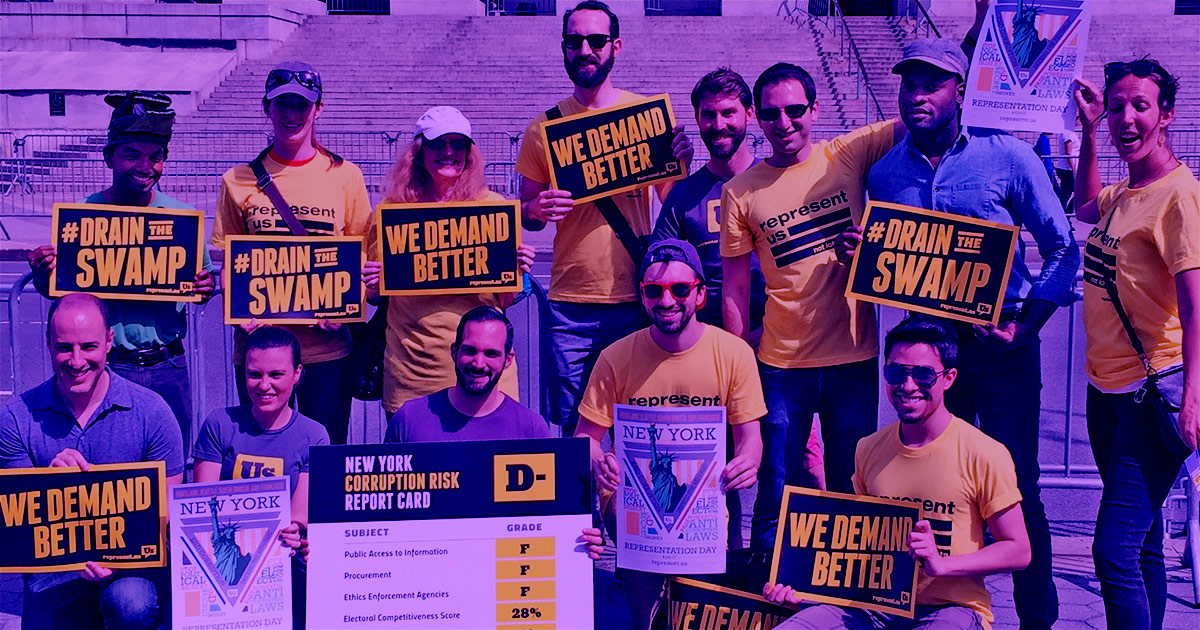 If you think it's impossible to fix America's corrupt political system, you haven't met a Represent.Us volunteer.

Represent.Us members aren't waiting for Congress to fix corruption. They're joining together and leading anti-corruption initiatives in their communities – and before you say it isn't going to work, read this: They're winning.

The reforms are led by Represent.Us chapters all over the country, from Tallahassee, Florida, to Vancouver, Washington. Volunteers have passed 30 anti-corruption resolutions in communities since January, and created Seattle’s new small dollar voucher system, which will give the voters – not just big donors – a voice in their elections.

Perhaps the most inspiring thing about these victories is the people behind them. Represent.Us volunteers aren't political operatives, they're normal people – students, retirees, veterans, and parents. Some are becoming politically active for the first time in their lives. And they're not waiting around for someone else to take care of corruption: they're stepping up and changing the political system.

Two chapters in Massachusetts have been responsible for passing 20 local anti-corruption resolutions this year alone. In Massachusetts, people can easily put items on the agenda at town meetings. So Represent Massachusetts chapters coordinated a big push.

These resolutions have passed unanimously in almost every location, proving that this isn't a partisan fight. No matter where Americans are on the political spectrum, we all want anti-corruption laws.

“It is not hard to pass a resolution in a town meeting. We thought it might be, but the process is quite simple…it has passed unanimously in almost every town.”  - Vicki Elson, Volunteer, Represent Western Massachusetts

Excited to get started in your area? First thing's first: check to see if there's a Represent.Us chapter nearby that you can join.

If there isn't, then sign up to start a chapter. Represent.Us organizers will be there to answer questions and guide you forward.

Be part of the movement breaking big money's stranglehold on government.
We take your privacy seriously. You will receive periodic updates from RepresentUs and you can unsubscribe from our emails at any time. Learn more about RepresentUs and the American Anti-Corruption Act.